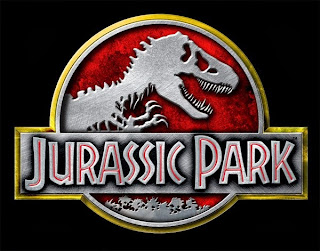 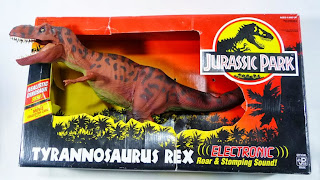 The Carnotaurus mentioned above has a Wal-Mart sticker price of $13.96, so anyone who had the foresight to buy an extra (or two) to keep in the package made a wise investment.

There’s no doubting that Jurassic World will spawn a merchandising blitz of its own. Only time will tell exactly what those products will be and if they’ll go up in price over time.
Posted by Brett at 6:51 AM No comments:

I wrote this article for AntiqueWeek last year, but I thought it would be a good fit for my blog, so here ya go:

Pop metal rockers KISS played their first gig at the Popcorn Club (renamed Coventry shortly thereafter) Jan. 30, 1973, in Queens, New York. To celebrate their 40th anniversary, the band has released a mammoth book called Monster, which is as tall as a guitar and costs a whopping $4,250. Limited to 1,000 handmade copies, the titanic tome is loaded with rare photos and is signed by all four current members: Gene“the Demon” Simmons, Paul “Starchild” Stanley, Tommy “Spaceman” Thayer, and Eric “Catman” Singer. 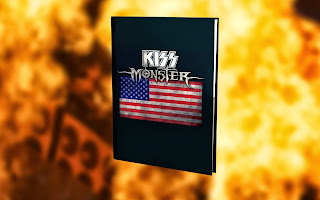 For those of you who haven’t followed KISS during the last couple of decades, original members Ace Frehley and Peter Criss left the band years ago, embarking on iffy solo careers, plus projects with other bands. Of the two, Criss has had a higher profile post-KISS (though Frehley has sold more records), thanks largely to a very public bout with breast cancer in 2008, which included several nationally televised interviews.

Born George Peter John Criscuola, Peter Criss was the drummer for KISS from 1972 to 1980. Gene, Paul, and Ace maintain that he was fired from the band while Peter claims in his autobiography, Makeup to Breakup: My Life In and Out of Kiss (2012, Scribner), that he quit. The book also chronicles Criss’s hedonistic lifestyle during the band’s heyday (and after), which included copious amounts of sex, drugs, car crashes, and trashed hotel rooms. 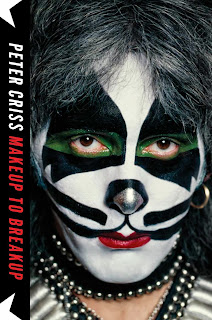 “Like all coke addicts, I could never have enough,” Criss wrote. “I would stay up for days on end. One time I stayed up for seven straight days.”

Criss, along with Frehley, rejoined KISS during the mid-1990s and early 2000s, engaging in a series of reunion tours (including an “Unplugged” performance on MTV), but Makeup to Breakup paints Simmons and Stanley in a decidedly negative light, saying they treated him as an employee, not a partner. The book also states that the KISS reunion paid Criss $40,000 per show while Frehley got $50,000, a painful blow to the drummer’s fragile ego.

Peter Criss’s biggest claim to fame is composing and writing KISS’s biggest hit single, “Beth” (1976), a ballad he devoted to his first wife, Lydia. Ironically, the song was also his greatest downfall as it inflated his ego and gave him an overstated impression of his importance to the band, and of his potential as a solo act. 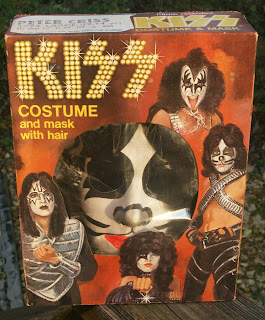 Despite his tumultuous life during and after KISS (he resents Eric Singer wearing his Catman makeup), Criss remains a popular figure with KISS fans and is a valuable commodity in the field of pop culture collectibles. A recent search of completed eBay auctions turned up the following Peter Criss items: 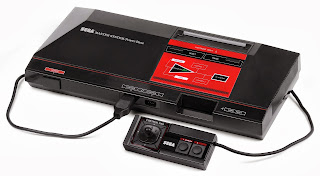 The following article on the Sega Master System, written by yours truly, recently appeared in AntiqueWeek. I've reprinted it here for your perusal:

Even the most casual of gamers has heard of the Nintendo Entertainment System (NES), the popular console that resurrected the video game industry in the U.S. from the ashes of The Great Video Game Crash of 1983 and introduced the country to such iconic Nintendo properties as Super Mario Bros. and The Legend of Zelda.

Unfortunately for Sega, Nintendo, despite the short lead time, had already signed exclusive deals with most of the major third-party game publishers, meaning the Master System missed out on many popular series, including Castlevania, Contra, and Mega Man. Titles such as those, along with Nintendo’s popular first-party games, helped propel Nintendo to an 83% share of the entire video game market by 1988.

Derek Slaton, author of the newly released The Sega Master System Encyclopedia, believes the Master System hardware is better than the NES console, but for one admittedly large component: the size of the game library. 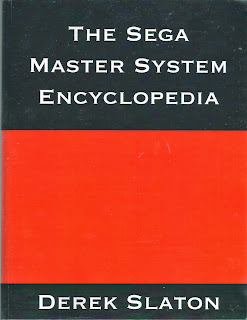 Slaton, who says that “video games were pretty much my entire childhood,” has fond memories of hanging out with his best friend, “staying up to 3:00 a.m. drawing maps on graph paper so we could figure out how to get through the later dungeons in Phantasy Star,” a great role-playing game that is a cornerstone of the Master System library.

Slaton also enjoys Wonder Boy III:  The Dragons Trap, another terrific RPG. “The graphics and the music are amazing and still hold up very well today,” he said. “The gameplay is a nearly perfect mix of action, platforming, and Metroid-style exploration. The boss battles are epic, there are tons of secrets to uncover, and, most importantly, it's just a heck of a lot of fun to play.”

In the video game collectibles market, role-playing games tend to be among the more sought-after titles, but a near mint-in-box copy of Wonder Boy III:  The Dragons Trap will only set you back around $35 or so. A copy of Phantasy Star in similar condition is worth $60.

According to Slaton, the most valuable U.S. release for the Master System is James “Buster” Douglas Knockout Boxing, but only because it was released in small quantities, not because of the quality of the game. “There are only a handful of the games floating around, and even loose copies go for $150,” he said. “Which in my opinion is about $149.50 too much.” 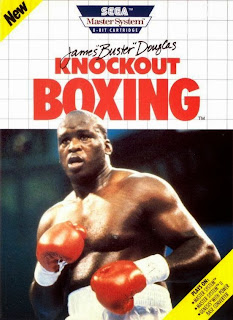 In an article entitled “The Rarest and Most Valuable Sega Master System Games” published on www.racketboy.com, the top spot goes to the U.S. version of Sonic the Hedgehog (not to be confused with the common Sega Genesis cart), which is worth $500 complete in the box. However, the article warns that buyers should beware that the valuable U.S. release is hard to discern from the European game: “The only way to tell the European versions from their North American counterparts is that U.S. releases have a sticker barcode on the back (of the box).”