The 100 Greatest Console Video Games: 1977-1987, my first book to be published in full cover and have bookstore distribution, will be available this spring. You can pre-order it now through Amazon. 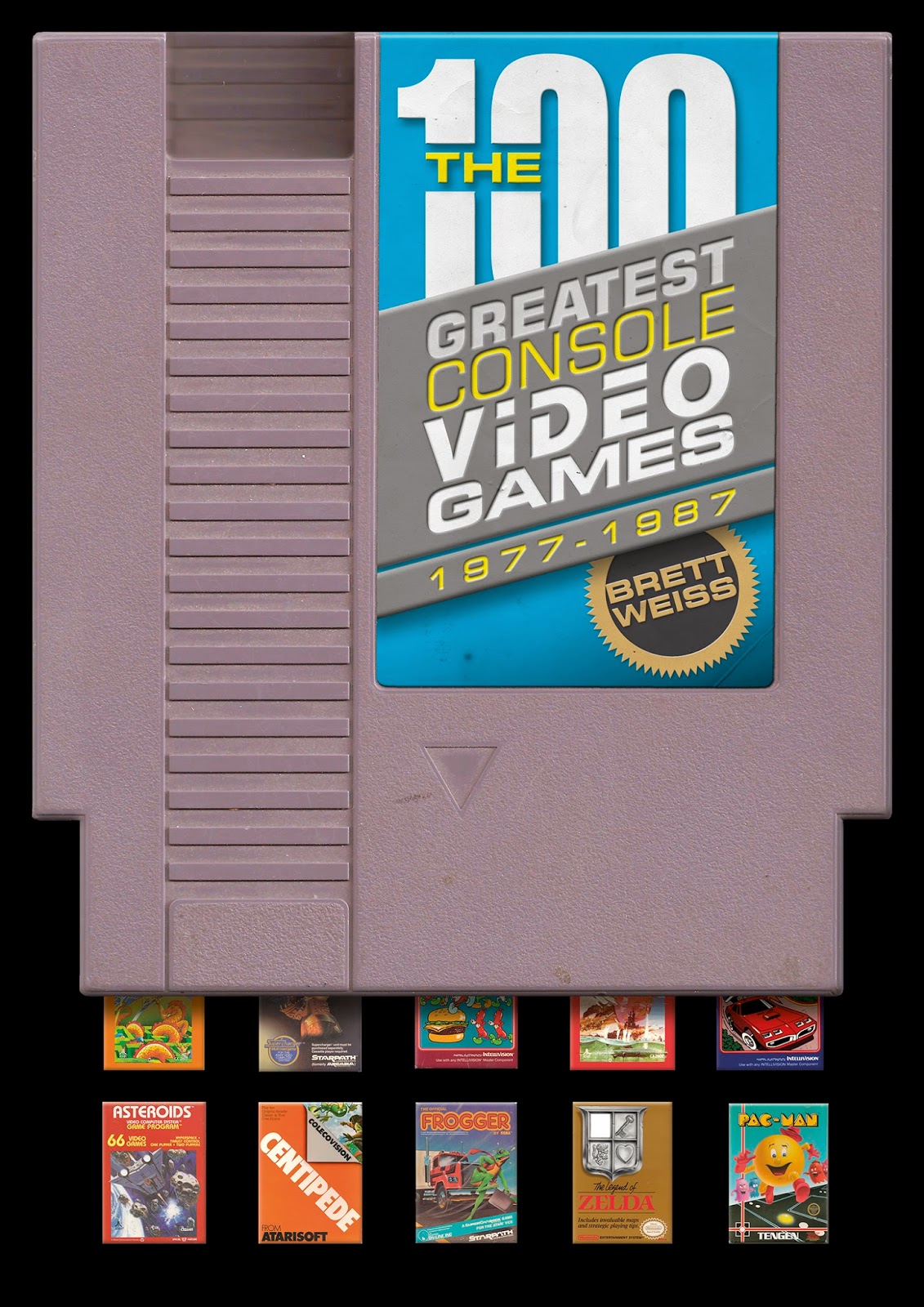 There have been many top 100 books before, but rarely one like this. Here are the best of the early video games, shown in over 400 color photos and described in incredible detail in the entertaining and informative text. Each game's chapter features production history, critical commentary, author anecdotes, quotes from industry professionals, gameplay details, comparisons to other games, and more.

This book celebrates the very best of the interactive entertainment industry's games from this highly crucial, fondly remembered decade. This pivotal period was marked by the introduction of the indispensable Atari 2600, Odyssey2, and Intellivision, the unleashing of the underrated Vectrex, the mind-blowing debut of the next-gen ColecoVision and Atari 5200, plus the rebirth of the industry through Nintendo's legendary juggernaut, the NES. Whether you're young or old, new to the hobby or a hardcore collector, this book will introduce you to or remind you of some of the greatest, most historically important games ever made.
Posted by Brett at 7:52 AM No comments:

I recently got the opportunity to interview actor Eddie McClintock. He was funny, engaging, candid, and more than willing to answer my questions. He even asked me several things about myself and promised to stop by my vendor's table at the show. Here's the Dallas Comic Con preview that I wrote, based on the interview: 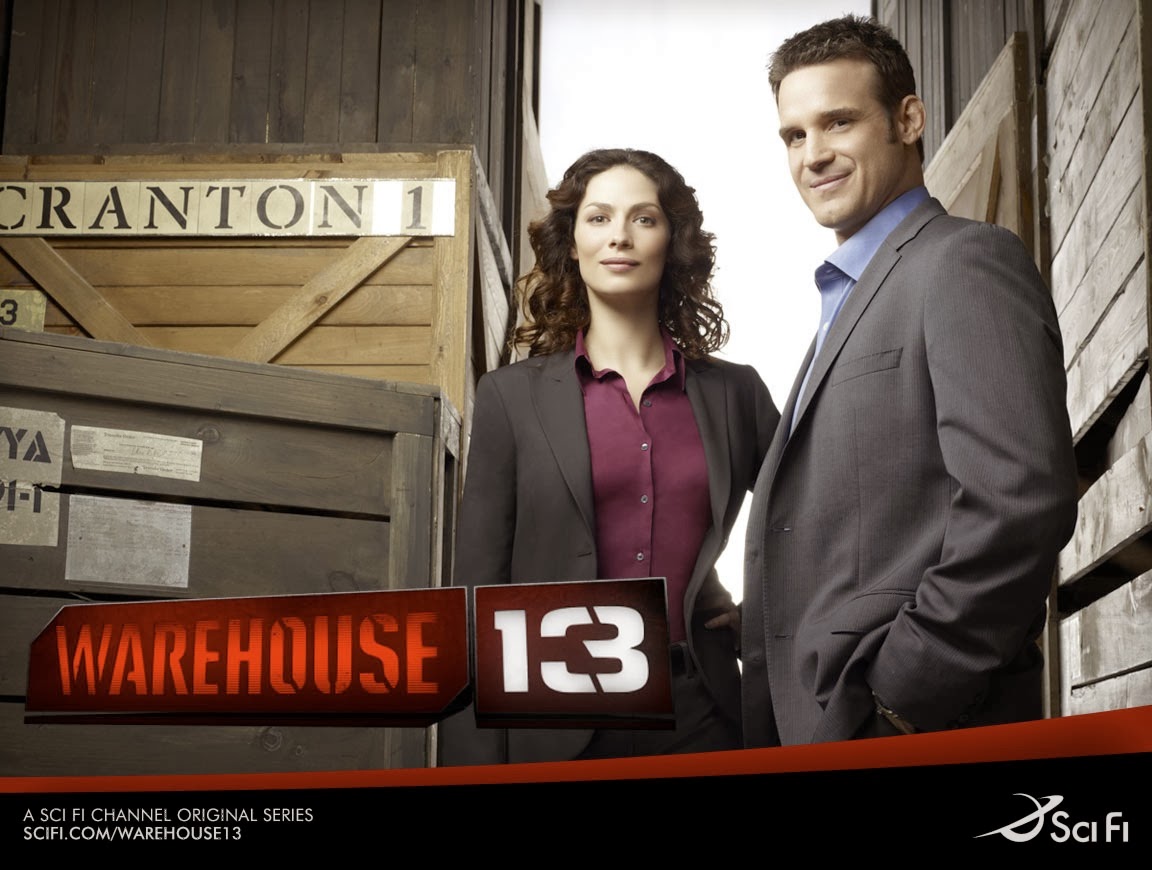 Eddie McClintock isn’t a Secret Service Agent or an ex-military man—he just plays one on TV.


“I was never a United States Marine, I’ve never carried a ray gun,” he said. “I’ve never saved the world, although I’d like to think that I have a few times.”

As the heroic, but humorous Pete Lattimer, McClintock stars in the SyFy series Warehouse 13, a show about a secretive location in South Dakota that houses supernatural artifacts.
McClintock, along with such celebrities as Richard Dreyfus (Jaws), Peter Weller (RoboCop), Lee Majors (The Six Million Dollar Man) and Lindsay Wagner (The Bionic Woman), will appear at the Dallas Comic Con: Sci-Fi & Comic Expo, taking place at the Irving Convention Center Feb. 8 and 9. For a fee, the celebs will sign autographs and pose for pictures.

Convention participate in a costume contest, attend various panels, meet and greet professional writers and artists and purchase such memorabilia as trading cards, action figures, T-shirts, original art and, of course, comic books. A frequent sight on the convention circuit, McClintock collects comics (Silver Age Marvel in particular) and enjoys talking with fans, so he gets a kick out of attending sci-fi shows. He’s especially excited to attend the Dallas/Irving event, where he’ll get the chance to interact with one of his childhood heroes.

“Richard Dreyfuss for me is like the Holy Grail,” he said. “Jaws is one of my favorite movies of all time, so to meet Richard Dreyfuss will be really cool. I showed Jaws for the first time to my eight-year-old son just the other day—he loved it!” 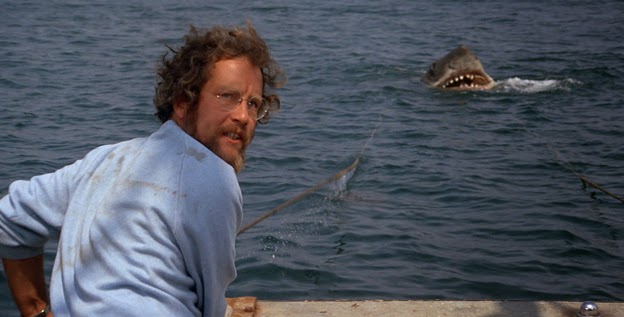 Born in North Canton, Ohio on May 27, 1967, McClintock is married and has two kids. His wife is from Corpus Christi, and he lived for a brief time in Austin and Houston. A job as an insurance salesman prompted a move to California.

“Fresh out of college, my uncle gave me a job selling corporate insurance,” he said. “That’s how I got to Los Angeles.”

Fortunately, that job didn’t quite work out.

“My uncle fired me after seven months,” McClintock said, laughing. “It was a little dicey there for a while, but now everything’s cool—my uncle does all my insurance.”

McClintock has appeared on such shows as Bones, Desperate Housewives, Sex and the City, Felicity and Stark Raving Mad (where he starred as a regular alongside Tony Shalhoub and Neil Patrick Harris), but Pete Lattimer was his breakout role.

“Pete has given me a career,” he said. “I have 61,000 followers on Twitter because of Pete Lattimer.”

When auditioning for the role, McClintock, an actor with leading-man looks and a great sense of humor, brought his own personality into play. Instead of portraying a dour, by-the-numbers government employee, he wanted to have some fun.

“I always try to find some humor in a part, so I went in and read with that in mind,” he said. “For me, the easiest way to show up to work is to just be yourself. I don’t want to have to play a character 14 hours a day, five days a week for nine months a year.”

McClintock brought an extra layer of substance to the role as well, suggesting to showrunner Jack Kenny that Lattimer, like himself, should have a past marred by alcohol abuse.

He said, “It was interesting when we talked about Pete being sober, because you go, ‘Here’s this guy, he’s kind of goofy, and then he says I’m an alcoholic, and I’m 13 years sober, and you go, ‘Oh, there’s depth here.’ That’s one of the great things about Warehouse 13 to me is Jack kept putting that kind of pathos into the show.”

“I think it’s important to acknowledge the people who sacrifice their lives and their families for our country,” he said.

Despite favorable reviews and solid ratings, Warehouse 13 was cancelled in 2013, meaning the already-filmed fifth season airing sometime later this year will be the last. Obviously, McClintock was saddened to see the series come to an end, but he assures fans that the show is going out on a high note.

“The fifth season has some of the best episodes we’ve ever done,” he said. “Lots of strong emotion—what we’re playing onscreen we’re actually feeling emotionally because the show is ending.”
Posted by Brett at 1:45 PM No comments:

The print edition of Retro Pop Culture A to Z: From Atari 2600 to Zombie Films  is now available through Amazon. 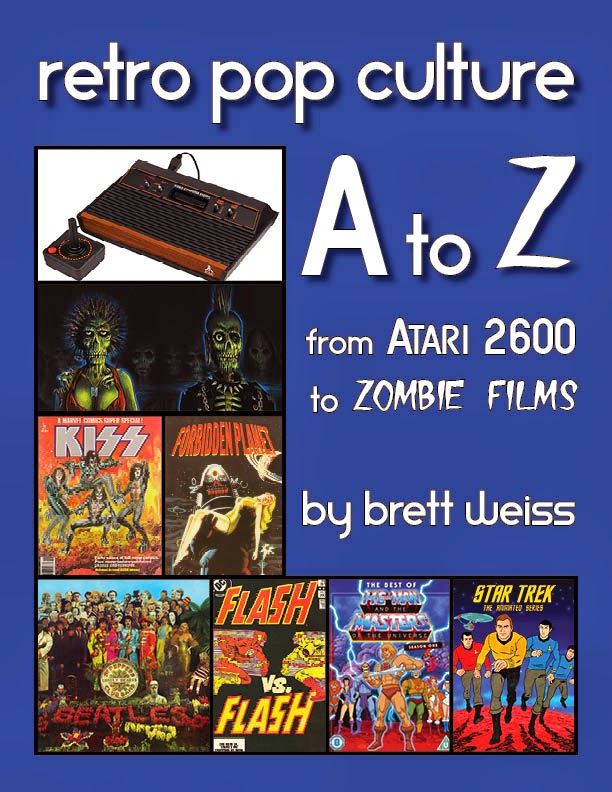