This past year, like pretty much all years, was tough on celebrities. After all, despite their larger-than-life personas, they’re mortal just like the rest of us, and the Grim Reaper does come a calling eventually. Among the most famous celebrities who passed away in 2021 were the ageless Betty White, super comedian Norm McDonald, longtime talk show host Larry King, and baseball legend Hank Aaron.

Every time I hear about the death of a celebrity whose work I enjoyed, such as the ones mentioned above, I get a little sad. Some will say this is foolish, that you should only mourn people you actually know, but celebrities play important roles in people’s lives, including mine. Not only do they entertain us, they can enliven and even enlighten us as we go through our oftentimes ordinary lives, and that is certainly nothing to take lightly.

After much thought, I produced this (alphabetical) list of celebrities whose passing last year affected me the most on a personal level. Call it a tribute of sorts to eight people I didn’t know, but who impacted me significantly nevertheless. 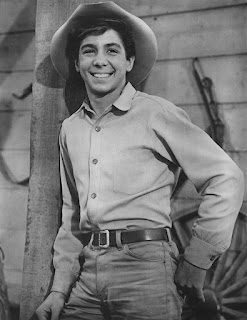 When I was little, my dad watched a lot of westerns on television. I wasn’t really into western movies, and I didn’t care a thing about Bonanza or Gunsmoke. However, I did thoroughly enjoy The Lone Ranger and The Rifleman as their pacing and story structure had more in common with a superhero or adventure yarn than they did a typical western. Johnny Crawford played the title character’s son in The Rifleman, and he was about my age on the show when I watched it on Saturday afternoons with my dad. Great memories, for sure. 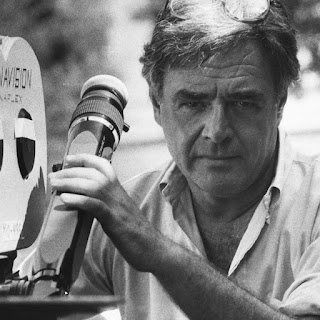 My parents didn’t take us kids to the movies very often (we usually just watched them on TV), but we saw some of the biggies on the big screen, including Superman: The Movie, released in theaters in 1978 when I was 12-years-old. Director Richard Donner treated the source material with respect, which is something I appreciated since I was (and am) a big comic book fan, and he made a star out of Christopher Reeve. He also made me believe a man could fly—an experience I’ll never forget. 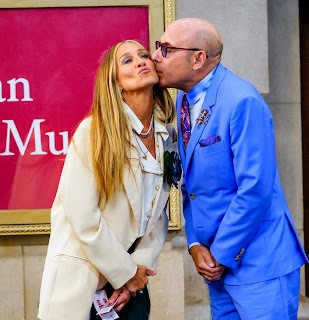 A year or so ago, I decided to watch the first episode of Sex and the City (1998-2004). It had been a cultural phenomenon when it originally aired, and I wanted to see what all the fuss was about. I quickly got hooked and binged the entire series over the next few weeks. One of my favorite characters was Stanford Blatch, Carrie Bradshaw’s gay bestie played with charm and humor by Willie Garson. It’s a shame he passed during the filming of And Just Like That..., the Sex and the City follow-up series currently airing on HBO Max, because I could see him filling in for Samantha Jones as the fourth friend at the lunch/dinner table. 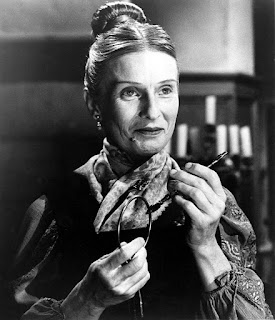 What’s my favorite Mel Brooks film? My favorite horror comedy? My favorite Gene Wilder movie? That would be the brilliant Young Frankenstein (1974), a pitch-perfect send-up of the old Universal Monster movies of the 1930s. Cloris Leachman played Frankenstein estate caretaker Frau Blücher, and she was so funny in the film that she cracked up not only the audience but also Wilder—to the point that they had to do numerous reshoots of certain scenes. I also loved her in The Last Picture Show (1971), where she played the adulterous high-school gym teacher's neglected wife. 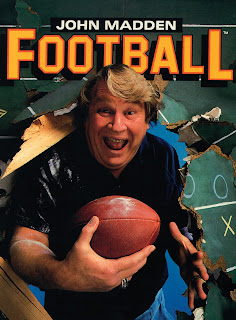 My dad and I didn’t have a ton in common—he was mystified by my interest in art, comic books, science fiction, heavy metal music, and the like—but we bonded over sports, including NFL football. John Madden was the best color commentator in the history of the league, and we certainly enjoyed his humor, his honesty, his excellent analysis of the game, and his picks for the All-Madden team. Personally, as a gaming writer, I especially like what he did to elevate video game football, most notably demanding that each team field 11 onscreen players (a big deal back in the day) or he wouldn’t attach his name to the game. 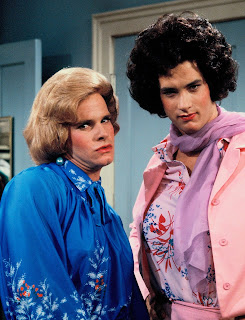 The sitcom Bosom Buddies (1980-1982) may have had a silly premise—a couple of guys who dress like women so they can live in a cheap hotel—but the friendship between Kip Wilson, played by Tom Hanks, and Henry Desmond, played by Peter Scolari, seemed genuine and was often touching. Hanks essentially became our generation’s Jimmy Stewart, but Scolari had a nice (if far less fame-filled) career in his own right. It was especially cool seeing him star in the excellent sitcom Girls (2012-2017) as Hannah’s dad. 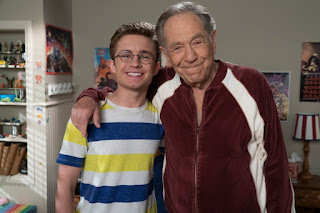 My wife and I enjoy watching The Goldbergs, even though it can be corny and over-the-top. It’s very funny at times, and of course we love all the ‘80s references, even though (there’s that phrase again) there are anachronisms galore (there’s a reason the intro to each episode says it was “1980-something”). George Segal played Albert “Pops” Solomon on the show, and he was a hoot. Pops was quite the ladies’ man, but the character’s most endearing quality was his close relationship with his grandson, Adam Goldberg—they were the best of friends. 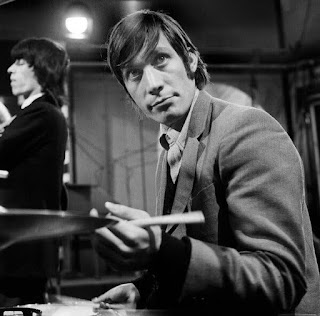 If you’re not sure why Rolling Stones drummer Charlie Watts was considered great, listen to the original version of “Ruby Tuesday” and the machine gun fire of Watts’ perfectly timed drumming. Then, listen to the lifeless drumming in The Scorpions’ cover of the tune. See what I mean? Watts was known not only for his steady beat, but also the steady nature of his personality and his dapper appearance. Many fans didn’t realize he was also in many ways the brains behind the band. I’m glad I finally got to see the Stones live in 2015—so brilliant!

How to Make More Time to Play Video Games

How to Make More Time to Play Video Games

Being involved and interested in video games is something that many people can enjoy and relate to. The growth in gaming’s popularity has been nothing but rapid. However, this is for a good reason. The improvements in consoles and games have been extremely impressive. Now, it can even be hard to tell the difference between gaming graphics and real life, not to mention that the gameplay and creativity of some of these releases are extremely captivating.

If you really love playing games, then there is a good chance that you don’t even have enough time to play to your heart’s content. Sometimes, it feels like there just aren’t enough hours in the day. For people who truly love gaming, this can be frustrating. Only being able to play for an hour after work will always leave you wanting more. So how do you change this? Although you can’t add more hours to the day, you can find more free time to play video games. If you need some tips on doing so, you might want to consider some of the following advice.

Of course, one of the best ways to give yourself more time is to wake up earlier. You would be surprised with how much more you can get done by waking up an extra hour or so before your current alarm. Of course, there are many people who don’t like the idea of gaming in the morning or before work. However, that isn’t what you have to use your morning time for. Use these extra early hours to do chores that you would usually do later on in the day. This could be doing the cleaning, meal preparation, or exercise. Doing this can free up more time for later in the day, meaning you have more opportunities to game.

If it currently takes you a long time to get around, you might want to look at better alternatives. Sometimes public transport can take a long time to bring you to your destination. If this is the case for you, then you might need to check out some alternatives. This could mean potentially taking an alternative route or heading off earlier to beat traffic. If you want to remove public transportation altogether, then investing in your own vehicle is a good idea. Looking at used vans Liverpool can provide you with an option to shave some minutes off that travel time throughout the day.

Procrastination is something that a lot of people struggle with. After all, it is far too easy to get distracted by thoughts and people when you should be focusing on something else. However, if you can buckle down and be more time-efficient, you will be amazed at how much time you can save. Even just being more organized can help you with this. Outline a schedule of what you need to do in the day and when to do it. This way, you will be more encouraged to do things in a more focused and efficient manner.
Posted by Brett at 12:19 PM No comments: