Back from Wizard World 2008

While my family was attending Texas vs. Baylor, I was at Wizard World Texas, where I had a great time visiting with friends, getting some great deals on books, attending a costume contest (always one of the best parts of any good comic con), and much more. 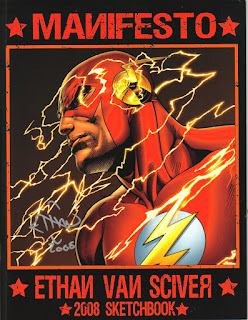 I usually don't buy sketchbooks (finished art gets the job done for me), but, thanks to a killer Flash cover (not to mention some nice interior work), I had to pick up this book from Ethan Van Sciver, one of my favorite modern artists. 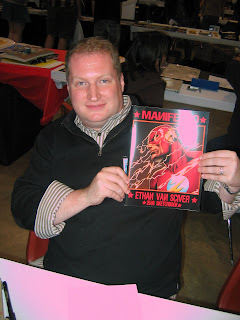 Ethan showing off his new book. 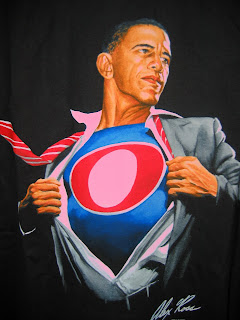 I didn't vote for Obama, but this T-shirt painted by Alex Ross is pretty darned cool (as is most anything by Ross). 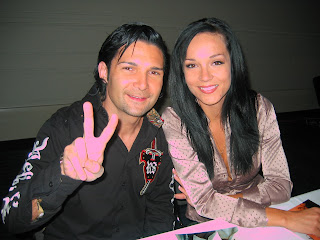 Corey Feldman, star of such films as The Lost Boys and Stand by Me, sitting with his wife, Susie, Playboy cover girl and co-star of the celebrity "reality" series The Two Coreys. Throughout the weekend, they chatted with fans and signed autographs. 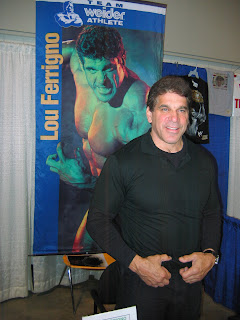 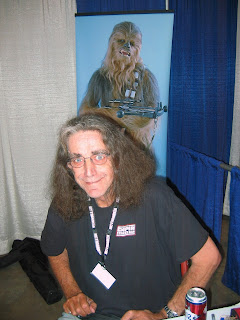 Peter Mayhew, who played Chewbacca in the Star Wars movies (looks like he's had a hair cut since then). 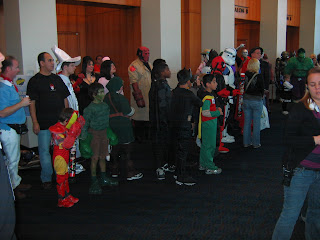 Participants lining up for the costume contest. 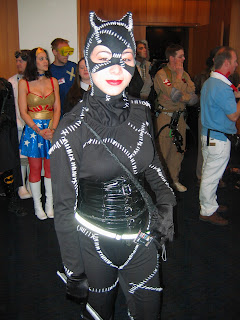 The Batman Returns rendition of Catwoman. 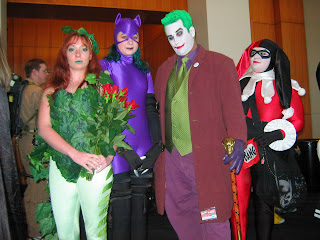 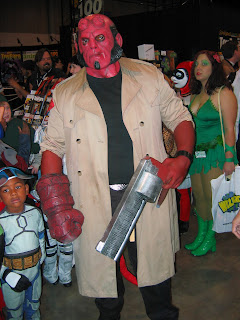 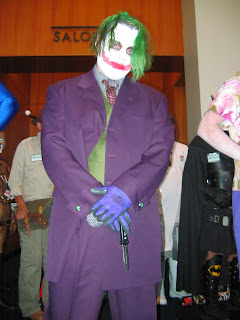 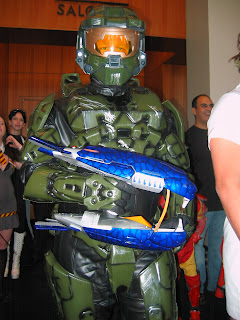 Master Chief, the protagonist of the Halo video game series. 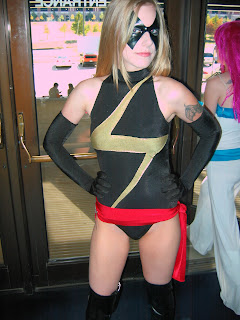 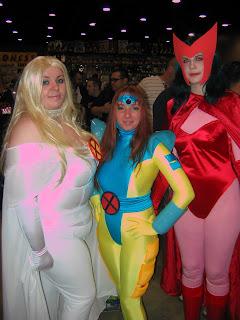 The White Queen, Jean Gray, and The Scarlett Witch. 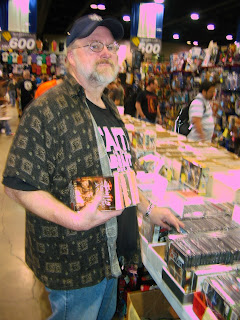 One of the highlights of the show was running into my cousin Randy, who drove in from Marshall, which is about three-and-a-half hours east of the Dallas/Fort Worth area where the convention was being held. When I was a kid, after the bigger kids had run off and I was stuck at the house with the adults, I would hang out in Randy's room for hours, reading his comic books. Randy's vast collection was my first exposure to more mature titles, such as Vampirella and Savage Sword of Conan.
Posted by Brett at 2:45 AM