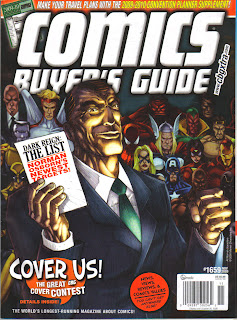 Tony Chu is a “cibopathic,” meaning anything he eats (other than beets) gives him information about that food, such as where it came from, who picked it (in the case of apples), or who slaughtered the cow to get it (in the case of beef). Naturally, Tony’s gift makes him an effective police officer, but perhaps a little too effective. After biting off the face of a perpetrator to glean information regarding the deaths of several young women, Tony gets in trouble with his boss.

Chew #1 begins as a buddy cop team type of book—picture Beverly Hills Cop decorated with gore and psychic phenomena—but takes a different turn about half way through the issue. The concept is gross and a little off-putting, but this is a fairly entertaining take on the psychic detective subgenre. There’s a bit of sociological science fiction at work as well, thanks to the bird flu making the consumption of chicken illegal.
The stylized art is at once grim and cartoonish, making it a nice fit for the funny, funky story. 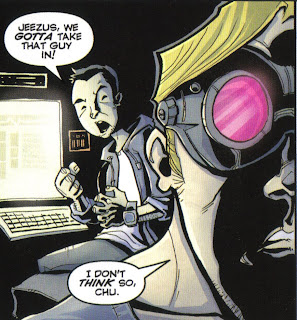 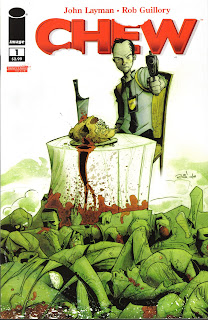