I got back late last night from the 2009 Oklahoma Video Game Expo, which was held at the beautiful (and quite accomodating) Spirit Bank Event Center in Tulsa, Oklahoma, which is about a 4.5 hour drive from where I live in Fort Worth, Texas. Fortunately, the drive was well worth it as I got to catch up with friends, sell and sign a bunch of books, and even unload some extras from my collection. Kudos to con promoter/organizer Jesse Hardesty for putting on a great show. 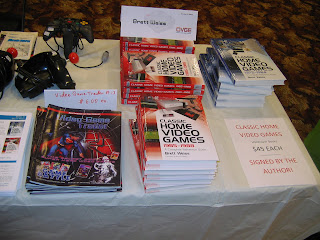 Both editions of Classic Home Video Games for sale. 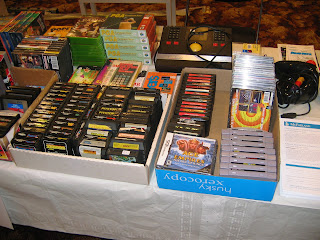 I sold a number of hard-to-find ColecoVision games and much more. 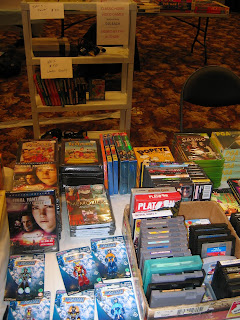 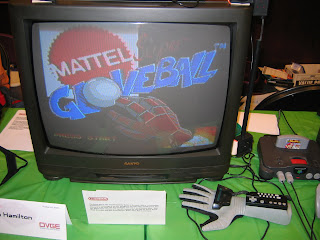 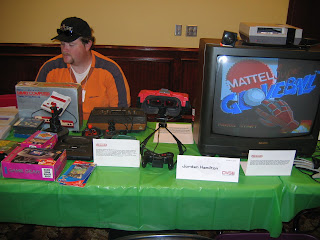 ...of the infamous Nintendo Power Glove. 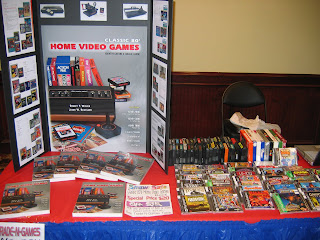 Trade-N-Games was on hand, selling games and their photo/price guide, Classic '80s Home Video Games. With its color pictures and prices, their book would make a nice companion to my first book (Classic Home Video Games 1972-1984), which contains descriptions/reviews of each game. 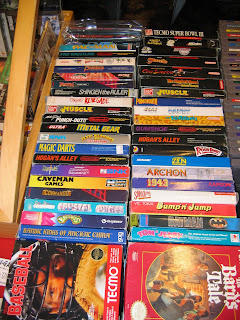 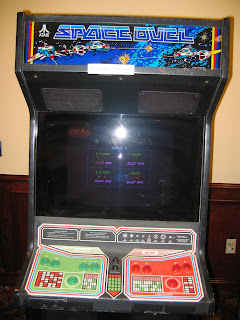 A number of arcade cabinets were set on free play, including Space Duel, which famously appeared on the cover of The Who's It's Hard album. 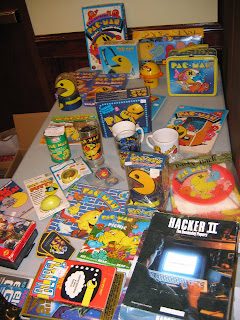 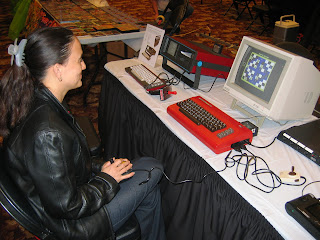 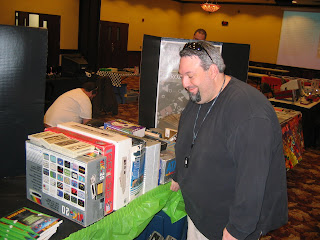 It was nice catching up with Rob "Flack" O'hara, who had a table next to mine, selling boxed systems and copies of his books, Commodork and Invading Spaces. You can check out Rob's always interesting blog here: http://www.robohara.com/. 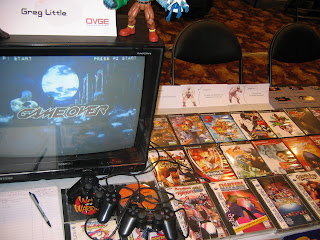 Though they weren't for sale, it was cool to see all these fighting games on display. 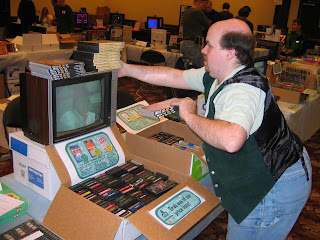 It was nice visiting with Earl Green, whose DVDs are indespensible for classic gamers. You can catch up with Earl here: http://www.thelogbook.com/earl/ 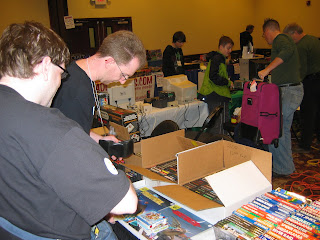 Darren "98PaceCar" (on the right) had a table next to mine, and it was a blast hanging out with him, joking around and talking videogames. Thanks to Darren for watching my table periodically so I could check out other tables and take restroom breaks. 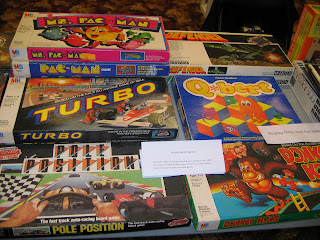 One exhibitor had at least one copy of every known videogame-based board game on display. Very cool.

All in all, OVGE 2009 was a success. I had some laughs, made some extra cash, and even won the Atari 2600 tournament, which included 3-minute rounds of Berzerk, Kaboom!, and Centipede. The prize was an Atari Jaguar (which will make a nice backup system, since I already have one) and a Coleco tabletop Pac-Man, which is an excellent addition to my collection.

One more thing. Before I even got to the con, I stopped off at a couple of Vintage Stock stores and made a great find: Mattel Basketball 2 and Tandy Championship Electronic Football, both boxed with manual and in excellent condition for only $7.99 each. 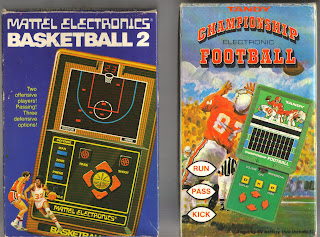