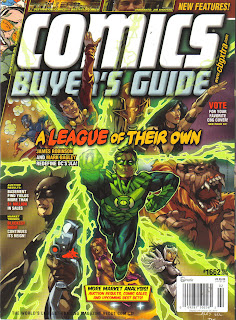 When compared to Green Lantern: Rebirth, in which the usually reliable Geoff Johns masterfully redeemed Hal Jordan, The Flash: Rebirth has thus far been a letdown. Final Crisis brought a reluctant Barry Allen back from the dead, and this six-issue series plays off of that resurrection, featuring an aloof Barry and a strange-acting Iris Allen.

In this issue, Reverse Flash battles Barry, Jay Garrick, and other speedsters, with the fights frequently getting bogged down by speed force technobabble. For example, Max Mercury delivers this yawn-inducing groaner: “When you run, you generate the kinetic wall between the present and the time barrier. It’s an electrical energy that exists in every dimension, every universe and every era.”

Geoff Johns likes him some DC history, and Flash fanatics will feel a tinge of nostalgia when Johns references Julius Schwartz’ late, lamented “Flash Facts,” and when he refers to Linda being Wally’s connection to the corporeal realm. As always, Ethan Van Sciver’s art is beautiful, the pages crackling with electricity, the characters appearing bold, detailed, and larger than life. 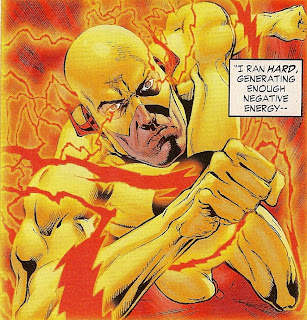 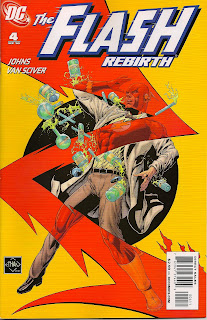