Over the weekend I went to the Dallas Comic Con in Richardson, which is north of Dallas. I had a great time trading for cool stuff, catching up with friends and comics pros, and seeing all the costumes, comic books, and other ephemera on display. Also, the stars were out in abundance, and there I was with camera in hand. 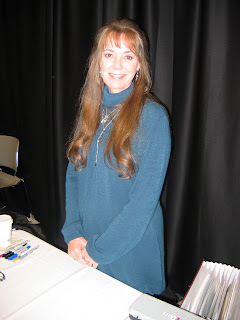 Anne Lockhart, who played Sheba on the original Battlestar Galactica.
' 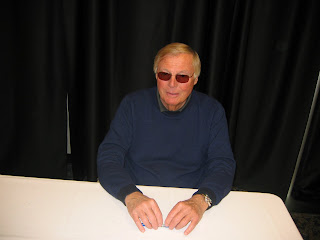 It was a kick talking to Adam West, who remembered doing an autographing at my comic book store back in 1993.
' 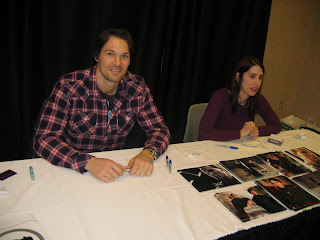 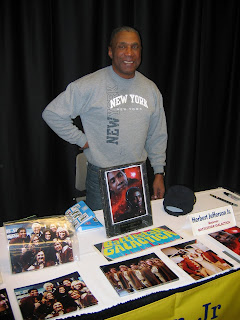 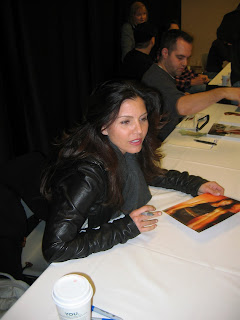 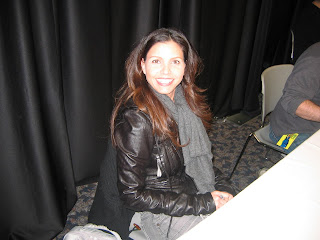 It was nice meeting Charisma Carpenter, a.k.a. Cordelia Chase on Angel and Buffy the Vampire Slayer. 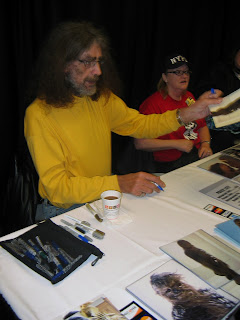 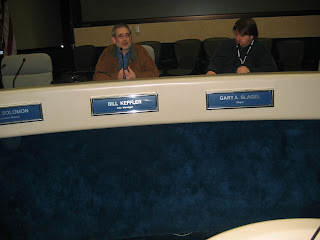 Bob Wayne (on the left), DC Comics' VP of Sales, was on hand to talk about forthcoming comics. 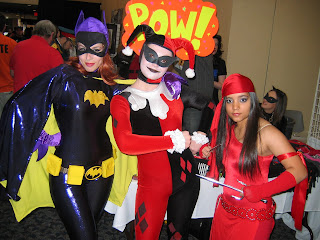 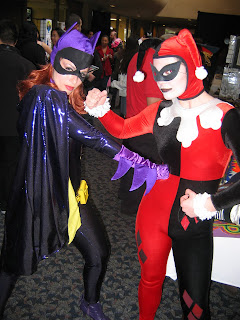 Batgirl and Harley duke it out. 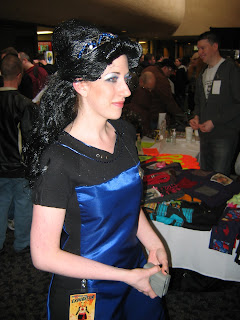 Fan dressed as Deanna Troi from Star Trek the Next Generation. 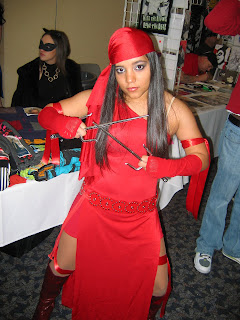 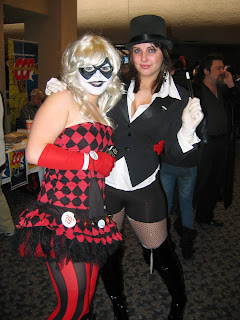 Harley Quinn and Zatanna apparently getting along.