For years Wizard World Texas was at the Arlington Convention Center, which is about 25 minutes or so from my house in Fort Worth. Last year there was no WWT, which was a bummer, but this year they renamed the event and moved it further south. Wizard World Austin Comic Con was a big success. There were lots of cool guests, a huge crowd (including many people in costume), and tons of comics, action figures, T-shirts, and other nifty items for sale. 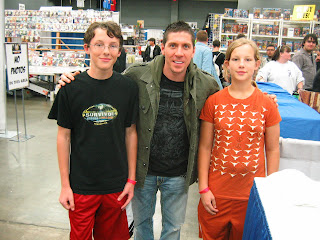 Ryan and Katie got to meet Ray Park, who played Darth Maul in The Phantom Menace and Toad in X-Men. He was very friendly. 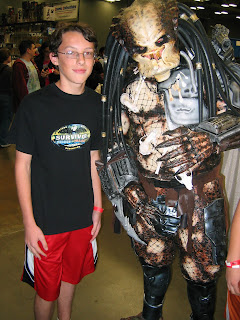 The kids also got to meet Predator. He was less than friendly, but at least he spared their lives. 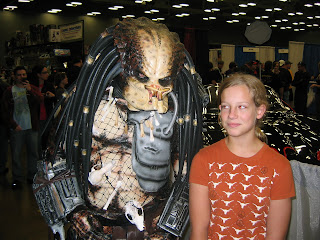 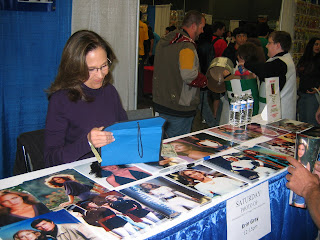 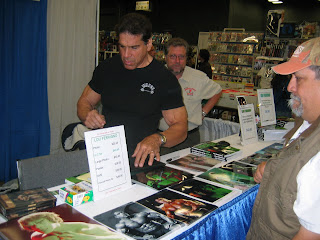 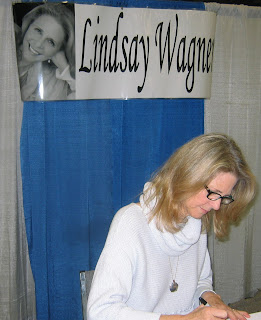 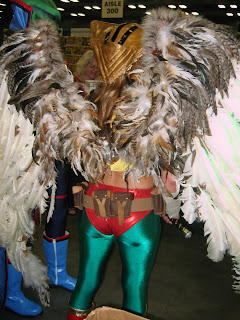 Lots of fans wore costumes, including this couple, who made a dashing, incredibly detailed Hawkgirl and Martian Manhunter. 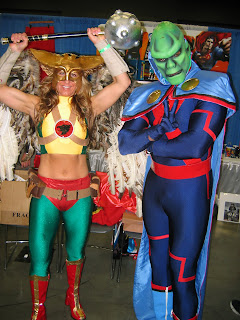 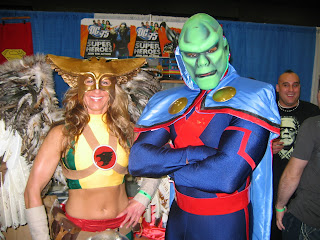 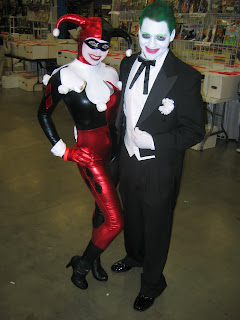 Harley Quinn and the Joker 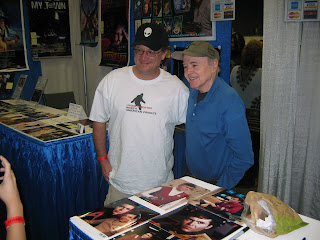 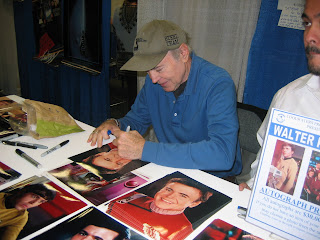 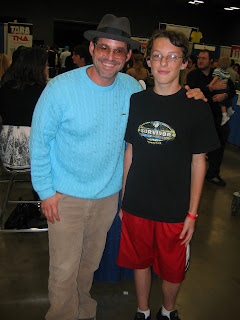 The highlight of the show was when the kids got to meet Nicholas Brendon, a.k.a. Xander on Buffy the Vampire Slayer. He had a great attitude and was a lot of fun to talk to. 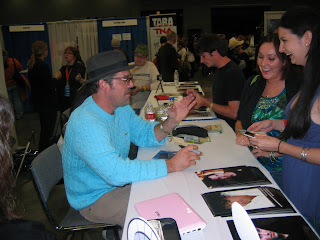 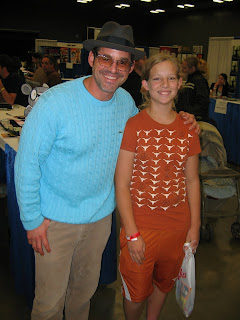 Three Buffy cast members: Brendon, Clare "Glory" Kramer, and James "Clem" Leary. They were charming and hilarious as they answered questions from fans.
Posted by Brett at 9:21 PM

Awesome pictures of the comic convention. I can't believe Lindsay Wagner was there. I loved her in the Bionic Woman. That's crazy! I would love to attend one of those conventions. How fun is that.