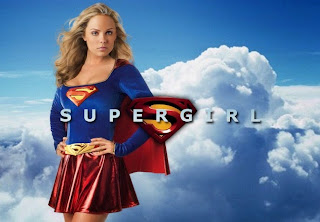 While Laura Vandervoort’s days of playing Supergirl on Smallville are safely in her past, that doesn’t mean she’s given up flight. This weekend she’s soaring in from L.A. for Fan Expo Dallas, a massive gathering of autograph hounds, comic book collectors, movie buffs and sci-fi aficionados at the Dallas Convention Center.

Vandervoort, appearing with numerous other celebrities, will meet and greet fans, sign memorabilia, pose for pictures and talk about her current TV series, Bitten. She’s the star of the Canada-based show, playing a woman torn between her normal existence in Toronto and her life as the world’s only female lycanthrope in upstate New York. 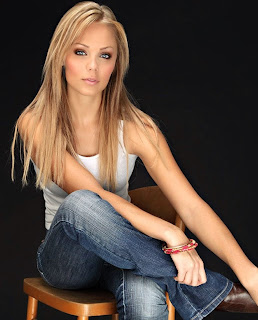 “I’m not playing a werewolf, to be honest,” Vandervoort says, emphasizing that Bitten is more of a character drama than a horror yarn. “I’m playing Elena Michaels, who happens to be a werewolf—that’s sort of a subplot. Yes, she can fight remarkably well, and she does have animalistic instincts, but really it’s about her and how she grew up and the stuff she’s been through. She just happens to grow body hair and sprout fangs.” 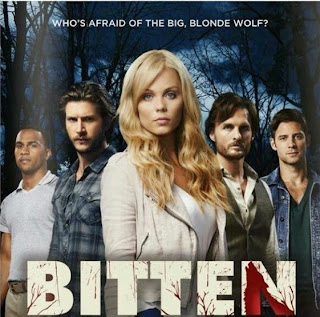 Vandervoort gets paid to appear at conventions, but it’s not just about the almighty dollar—she embraces fandom.

“I enjoy meeting and talking with the fans, and traveling,” she says. “It’s also really cool to see actors that I love watching, that I’m a fan of. You know, like William Shatner. It’s always sort of an out-of-body experience sitting beside them, signing autographs. I’m like, ‘Who the hell am I? This is crazy!’”

While Shatner isn’t scheduled to appear at Fan Expo Dallas, there’s no shortage of big-name guests on the docket, including such luminaries as Carrie Fisher (Star Wars), Nathan Fillion (Castle), Gillian Anderson (The X-Files), Ernie Hudson (Ghostbusters) and Giancarlo Esposito (Breaking Bad). Fans of classic television will get a kick out of meeting Batman’s Adam West and Burt Ward and I Dream of Jeannie’s Barbara Eden and Bill Daily.

Vandervoort may not be a household name like some of the actors mentioned above, but she’s very popular among geeks, thanks in part to her prominent role on the late, lamented V, where she played a “visitor” from another planet. Her fan base is rabid (so to speak), but she’s never had a bad or even uncomfortable experience at a convention.

“Nothing really weird has ever happened, just flattering,” she says. “There are people with tattoos of my face on their body [laughs]. One guy actually had me sign his arm, and he came back three hours later and had tattooed it. But then I thought, ‘That’s the signature I use for legal documents, so wow, I should have changed it.’ So yeah, nothing really weird—just lovely fans.”

Vandervoort was born and raised in Toronto, Ontario, where she got into acting at a relatively young age.

“I was about 12 or 13,” she says. “I saw My Girl with Anna Chlumsky, and I loved it. It was the first movie I watched at that age that impacted me emotionally. I was just sort of in shock—it really touched home base. I thought Anna was fantastic. I had a need to be creative, so I asked my parents if acting was something I could try, and they said yes.”

After taking a few acting classes, Vandervoort appeared on such television series as Goosebumps and Are You Afraid of the Dark?

“And then I did some Disney Channel movies and that sort of thing,” she says. “I just kept working, and it was great.”

Despite her identification as Supergirl, Vandervoort wasn’t considered to play the part in the forthcoming Supergirl series, which will begin airing on CBS in November. Instead, the role went to Melissa Benoist.

“I was shooting Bitten anyway, so I wasn’t technically available,” Vandervoort says. “But I think they wanted a fresh take on the character, and Melissa is younger. It was a good idea to start fresh with a new actress, because you don’t want actors from Smallville reprising their roles. It would just seem odd. I’m totally happy for Melissa.”

Based on the “Women of the Otherworld” book series by Kelley Armstrong, Bitten airs on Space in Canada, where the second season has wrapped up, and on Syfy in the U.S., where new episodes play on Friday night.

The powers that be have yet to greenlight a third season of Bitten, which has developed a strong cult following, but has had mixed reviews among critics.

“Hopefully we’ll hear something soon about season three,” Vandervoort says. “It’s been a great experience for me so far.”