“Cli-Fi”: Climate Fiction and the Retribution of Mother Nature

And now a guest blog from Spencer Reid. 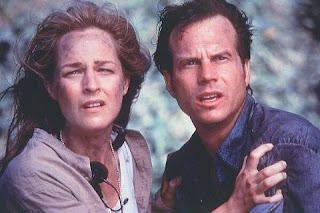 is plenty scary on its own, but bring mother nature's full blown wrath into the picture and we have a whole new story - “Cli-Fi”, or climate fiction explores just how bad it could get if we push nature too far. Despite those who deny it, climate change has reached the point where it is affecting our everyday lives, and the real horror of these movies lies in the fact that these scenarios aren’t too far off from becoming a reality - NASA reported the summer of 2015 as the hottest on record, and the recent blizzard that hit the northeast broke multiple snowfall records. It’s clear mother nature might finally be looking to push back; so here we’re taking a look at five films that explore the consequences of nature really going wild. 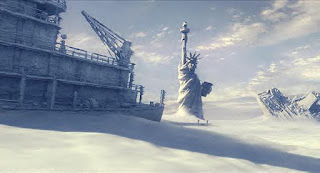 Roland Emmerich directs this apocalyptic thriller that takes the facts of climate change and gives them a steroid injection. Dennis Quaid stars as a scientist who first tries to warn the government about the impending global disaster to no acknowledgment, and then just tries to save his son (Jake Gyllenhaal). In the film, global warming causes the ice caps to melt, resulting in  temperatures dropping worldwide, which leads multiple major winter storms to develop and destroy much of the United States in a swift couple of days. While the first two parts of that description could easily be used to describe climate change, the third part is where the filmmakers let their imaginations really run wild with cold snaps engulfing much of the remaining planet. 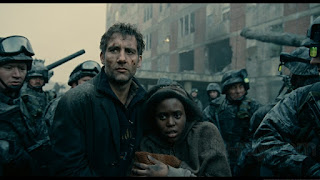 This Alfonso Cuarón directed classic, based on P.D. James’ 1992 novel of the same name, takes the well done trend of overpopulation and turns it on its head with a plot about worldwide human infertility. Starring Clive Owen and Julianne Moore, war has broken out and governments are collapsing as the population ages with no new children in sight. Babies have become so valuable that a miraculously pregnant woman, struggling to keep her pregnancy hidden for the sake of her baby and humanity, becomes the center of a power struggle. Though this film strays far from reality, it is still a compelling and original concept, especially considering our current issues with overpopulation and pollution. 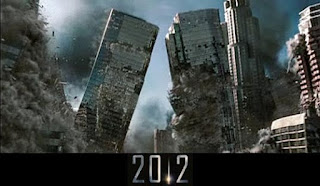 Roland Emmerich clearly has climate change on the brain, as he also directed this cli-fi thriller. Rather than exploring the effects of unchecked global warming, as Day After Tomorrow

instead focuses on the government and its pragmatic plans to save humanity. Since those plans result in only a tiny fraction of the population surviving, mainly those who are able to buy their way to safety, the film also follows a regular family who has to fight for their own lives in the midst of earthquakes and extreme flooding. An ensemble cast that includes Amanda Peet and John Cusack helped carry this film to box office success, if not also a slew of criticism for exaggerating the end of the world to an extreme extent. 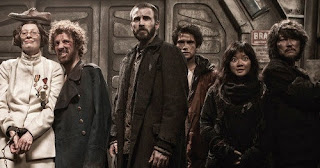 Once again humanity is on the brink of extinction - and again, it is due to our own lack of respect towards nature. Snowpiercer

stands out from the other films on this list due to its setting, an enormous train which holds the last vestiges of humanity. In an attempt to counteract global warming through climate engineering, an unintentional ice age results killing all life except for those on the train. After circumnavigating the world for 17 years, the “scum” in the back of the train decide to overtake the “elites” in the front with Chris Evans leading the rebel faction. Directed by Bong Joon-ho, this South Korean film shot mostly in English and based on a French graphic novel was met with critical acclaim and praised for its direction and vision. 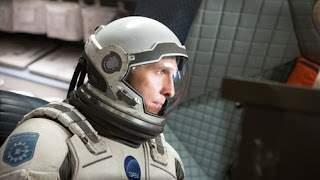 Christopher Nolan directed and co-wrote this space based movie starring Matthew McConaughey and Anne Hathaway as astronauts and Jessica Chastain as McConaughey’s daughter left behind on Earth. The film centers around a desperate hunt for a new inhabitable planet, as crop blights have made farming extremely difficult, and threatens humanity's survival. Though much of it is set in space on varying planets, it is a stark look at how dependent we are on Earth and its resources, something not always obvious from our treatment of it. Though beautifully filmed and full of dazzling special effects, it is the relationships within the movie that make it so mesmerizing.

Climate change and natural disasters may be serious issues, but that doesn't mean people haven't been able to use them to create entertaining movies. However, viewers should be aware of the dangers they forewarn as we watch our planet, our home, undergo radical changes due to our selfish actions. While clearly dramatized, each film shows a possible future, but one none of us would want to encounter.