My KISSTORY -- Encyclopedia of KISS Preface 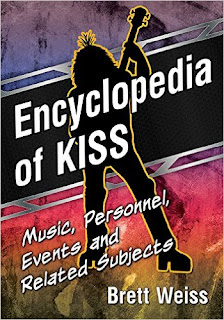 As many of you know, my Encyclopedia of KISS is now available on Amazon. Below is my preface to the book, which will give you some idea of my background as a fan of the band.