In the 1992 feature film, Wayne's World, which is based on the Saturday Night Live skit starring Mike Myers and Dana Carvey, Garth Algar, speaking to Wayne Campbell, compliments Cassandra—the film’s requisite bodacious beauty—with the following epithet: “If she were a president she would be Babe-raham Lincoln.”

So entrenched is Abraham Lincoln in the collective consciousness of America that even a mindless Hollywood comedy can—without hesitation and with nary a lick of context—name-drop the 16th president in a joking manner and expect everyone in the audience, even younger viewers with little care about what happened before they were born, to immediately get the reference. 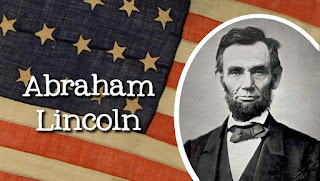 Widely regarded as the best president in the history of America (numerous surveys, including a 2007 Gallup poll, have ranked him number one, ahead of such luminaries as George Washington and Thomas Jefferson), Abraham Lincoln deserves his posthumous fame and his reputation as a great leader, thanks in no small part to his brilliant leadership during the most trying time in the history of the country: the Civil War.

While in office Lincoln had his share of detractors, including many slave owners in the South and those who violently opposed his suspending of the writ of Habeas corpus during the Civil War. However, these days you’ll be hard pressed to find anyone who doesn’t love Lincoln, who, as anyone with even the most rudimentary understanding of American history is all too aware, was assassinated by actor and Confederate spy, John Wilkes Booth, on April 14, 1865.

One of Lincoln’s most ardent admirers is Dan Weinberg, owner of the Abraham Lincoln Book Shop, which, as the name suggests, specializes in Lincolniana. In addition to rare books, the store carries autographs, manuscripts, prints, paintings, sculptures, stamps, pamphlets, and much more.

According to Weinberg, who began his involvement with the store in 1971 and in 1984 became sole proprietor, Lincoln was indeed the greatest American president.

“When I came to the shop 40 years ago,” Weinberg said, “I knew about Lincoln’s major accomplishments, of course, but when I began studying him in depth I discovered that the ‘mythology’ surrounding Lincoln is essentially correct. His honesty, ethics, and morality were second to none. He was an amazing leader and a true genius.”

Abraham Lincoln was born on February 12, 1809, in a one-room cabin in Kentucky. In December of 1816, the Lincoln family, who lost their land partly due to a faulty title, moved to Indiana. Abe’s mother, Nancy, died of “milk sickness” when he was only nine years old. In 1819, Abe’s father, Thomas, married Sarah Bush Johnston.

Thomas was a frontiersman, meaning Lincoln grew up doing exhaustive, physically demanding labor, including splitting fence rails, chopping firewood, and plowing fields. Despite his rural upbringing, Lincoln had an aversion to killing animals, meaning he didn’t care for hunting and fishing.

Lincoln received limited formal education and was primarily self-educated, literally reading everything he could get his hands on (books were a rare commodity in largely illiterate frontier Indiana), including such volumes as Robinson Crusoe, Dillworth’s Spelling-Book, and Life of Washington

(it should come as no surprise that Lincoln greatly admired the founding fathers).

In 1842, the tall and gangly, yet athletically adept (he was a renowned wrestler) Lincoln married
Mary Todd. Prior to being elected the 16th president of the United States on November, 16th of 1860, Lincoln held a variety of jobs, including general store owner, postmaster, county surveyor, congressman (initially a member of the ill-fated Whig Party, Lincoln later helped shape the new Republican Party), and lawyer (practicing law under Mary Todd’s cousin, John T. Stuart). 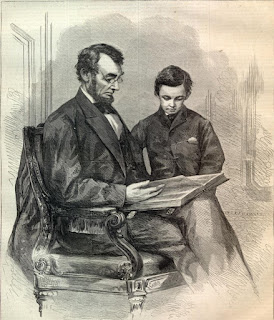 “Part of Lincoln’s brilliance is that he was self-taught,” Weinberg said. “Through self-directed study and innate genius, he was able to understand issues and the law. He learned how to write speeches, how to be a lawyer, and how to be the Commander in Chief.”
Lincoln’s exploits during his presidency are the stuff of legend. His famed Emancipation Proclamation helped ensure the freedom of more than three million slaves and provided the groundwork to outlaw slavery altogether. His concisely elegant Gettysburg Address, which typified his rarified oratory skills, remains one of the most quoted political speeches in history. And, of course, there’s that little matter of preserving the state of the Union.

“We [as a nation] were very lucky to have him in office at that tumultuous time in history,” Weinberg explained. “A lesser president might have let half the country go. Or, on the other end of the spectrum, inclined toward real dictatorship (as opposed to merely suspending Habeas corpus and shutting down a newspaper or two).”

While Lincoln has been elevated to virtual sainthood over the years, he, like all presidents before and after him, wasn’t perfect, something Weinberg freely admits.

“I wish Lincoln would have learned the military aspects of being president more quickly,” Weinberg said. “Strategy he understood almost immediately, but I wish he would have found a general more quickly. Maybe then the war could have ended a year or three earlier.”

Also, while it’s generally understood that Lincoln was fond of children, he didn’t necessarily take to parenting right away.

“He had to learn how to become a father,” Weinberg said. “I don’t think he was a good father in the beginning. He was away a lot, and I think Robert [Lincoln’s first son] may have felt that. It really wasn’t until Willie [Lincoln’s third son] came along that he learned fatherhood.” (Lincoln had a total of four children—all boys).

Despite these perceived shortcomings, Lincoln remains largely above reproach. And, in addition to being regarded as the greatest president of all time, he’s the most collected as well. Collectors all over the world clamor for original Lincolnalia from the 19th century.

According to Weinberg, some of the rarest, most valuable Lincoln items are letters written by Honest Abe. “I had one spectacular letter that sold for hundreds of thousands of dollars. It was written to Thomas Corwin during the presidential campaign of 1860. Lincoln succinctly explained that he was against slavery and that he would do something about it.”

In addition to selling Lincoln items, Weinberg is a collector as well. “Hanging on my wall right now is the only known instance of Lincoln misspelling his name. He crossed it out, and it became ‘Linclon.’ He crossed it out and did it again until he got it right.”

One-of-a-kind Lincolnalia, such as the aforementioned letter, are clearly out of the price range of the average collector. However, there are many vintage Lincoln items that are highly affordable, including such mass produced items as books, electoral tickets, and pamphlets. Even more affordable are replicated items, such as archival quality reprinted photos, which can sell for as little as $55.

Easily the most common Abraham Lincoln collectible is the Lincoln Cent, which was commissioned by President Theodore Roosevelt, designed by Victor David Brenner (who placed his initials conspicuously on the back of the coin), and released into circulation on August 2, 1909. Prior to the taboo-busting Lincoln Cent, it was considered indecorous by many to feature the image of a person—living or dead—on a circulating coin (despite, or maybe because of, such precedents as the infamous Julius Caesar coin).

The 1909 Lincoln Cent—more commonly known as the penny—featured a profile of Abraham Lincoln, an image still used today, making it one of the longest-running coin designs in the history of the world. The reverse side depicting “wheat ears” was changed in 1959 to a depiction of the Lincoln Memorial. While most so-called “wheat pennies” are only worth a few cents each, certain issues with die flaws or with Victor David Brenner’s initials are worth considerably more. (For more info on coin values, consult the 2011 Hand Book of United States Coins: The Official Blue Book by R.S. Yeoman and Ken Bressett). 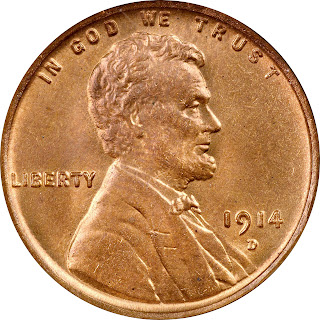 One of the more colorful Lincoln collectibles is Classics Illustrated #142 ($30), which tells—in comic book form—the tale of Honest Abe’s personal and professional life. Released in 1958, the issue was reprinted in 2010 by Jack Lake Productions. 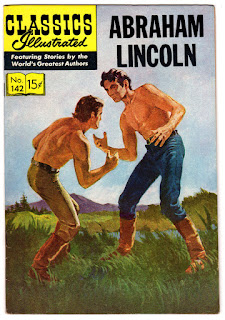 In 2010, Seth Grahame-Smith, author of Pride And Prejudice And Zombies

, an illustrated, critically acclaimed novel that melds history with fantasy and horror.

Whether you’re a serious student of presidential history, or you’re simply a fan of Honest Abe and would like to acquire a few mementos, the collecting possibilities are virtually endless, ranging from vintage campaign items to post-assassination commemoratives to modern day kitsch.

Weinberg has advice for the aspiring Lincoln collector. “I always tell people ‘quality over quantity.’ Of course, it’s a hobby, and you have to collect in a way that makes you happy. I don’t recommend collecting Lincolnalia solely for investment purposes, but if you do then you’d better collect top of the line stuff, something that has spectacular content or a great story behind it.”

Here’s a look at the selling prices of a recently completed run of eBay auctions for various Abraham Lincoln items:

For more information on Lincoln collectibles, check out these two books: A Guide Book of Lincoln Cents (Official Red Books)