A Writer Looks at 50 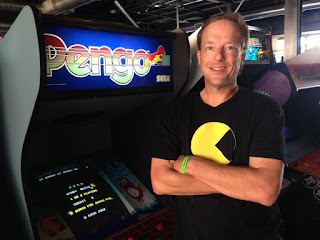 *this essay originally appeared as my column in AntiqueWeek

Depending on how you define the term, I’m an antique, having been born August 7, 1967. This was before VCRs, before video games, before the rock band KISS, and before the film version of Planet of the Apes. This was during the Summer of Love, before the Beatles broke up, and before man walked on the moon. In short, this was a long time ago.

In addition to being my 50th year on Earth, 2017 is special to me because it marks my 20th year as a professional writer. In December of 1997, a virtual science fiction magazine called Eternity Online published a story I wrote called “What Do They Do While We Sleep?” They paid me a whopping $10. Despite the small sum, my wife was so excited she started crying. 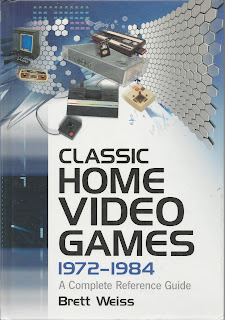 This year also marks the 10th anniversary of my first book, Classic Home Video Games, 1972-1984: A Complete Reference Guide, the first video game book published by McFarland. Eight books and more than 1,500 published articles and stories later, here I am, still typing away and loving (most) every minute of it.

With all of these milestones afoot and words under my belt, it got me to thinking about my past: the successes, the failures, the joys, the tragedies, the toys, the collectibles. Yes, the toys and collectibles.

As a kid of the 1970s, I grew up in a nice house, and we had two cars, plenty to eat, books on the shelves, and many other essentials. However, our parents weren’t ones to really splurge on us kids (despite or because of their obvious love for us). Birthdays and Christmases were special, but during our weekly Friday night outings to Kmart, Gibson’s, or Treasure City, I came home empty handed if I didn’t buy something with my hard-earned allowance (of a dollar per week) or whatever other money I managed to save by starving myself during the school lunch period, returning coke bottles I found alongside the road, and selling candy and gum to other kids at school.

In short, thanks to my parents’ tight purse strings, I learned to be frugal, good with money, and very selective with my purchases, birthday requests, and Christmas lists, though things didn’t always turn out as planned.

One of the first things I remember buying was an Ice Bird snow cone maker, produced by Kenner in 1974. The commercial showed two impossibly blonde children rubbing a cute little plastic bird (which had a blade on the bottom) over a slab of ice, creating cups of shredded ice as easily as if they were brushing a docile dog’s hair. Their loving mom looked on approvingly, and the kids happily ate the delicious treats, which were flavored by little packets that came with the kit.

The commercial played over and over in my head, and I dreamed of making snow cones for my mom, dad, brother, and sister. I knew they would be so happy and proud of me. 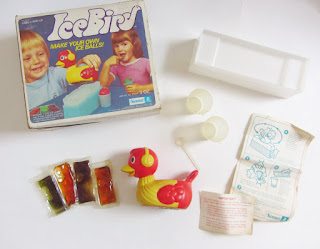 Unfortunately, the commercial was a clear case of false advertising, as I discovered the Saturday after making my purchase. That morning I got up early, and, with cartoons playing in the background, I got the slab of ice that I had prepared the night before out of the freezer and proceeded to scrape the little bird over that hard block again and again until my arm felt it was going to fall off. It seemed like it took forever to make one sad little cup of slush that was half water by the time I got through with it. Needless to say, the syrupy goop I poured from the packet into the cup didn’t make it much more appetizing.

An Ice Bird complete in nice condition goes for $50 or more nowadays, but you couldn’t pay me to add one to my collection—I have zero desire to relive that childhood trauma.

My track record buying comic books was much better than snow cone makers. My mom would take me on a fairly regular basis to the local Half-Price Books, where I could buy comics for around 10 to 15 cents apiece, depending on the cover price. I read my boxful of late Silver and early Bronze age issues, including Batman, Superman, The Flash, and The Amazing Spider-Man, to pieces, so they’re not worth much today, but the memories I have of reading them are priceless. 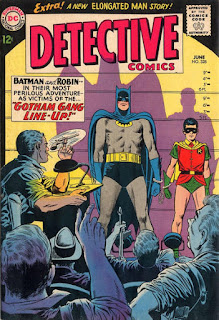 One comic book in particular that I remember fondly is a worn out copy of Detective Comics #328 (1964), featuring the death of Alfred the Butler (he got better without explanation in a later issue). Not only did it featuring the shocking death of a character that became iconic with the 1966 Batman TV show, it was the first comic book I bought at an actual comic book store. It was so ragged that they had thrown it into the quarter bin. Today, a Good copy goes for around $15 while a Near Mint example commands close to $300. My Poor copy is worth just a few dollars, but I wouldn’t sell it for all the dates in the world with Catwoman, Harley Quinn, or Poison Ivy (partly because they are insane, partly because my wife would kill me, but also because that issue means a lot to me).

I had moderate success collecting items for my favorite rock band. I loved riding my bike to the corner store with my best friend, buying KISS cards produced by Donruss. I never did complete a set of series one or two, but it was a blast trying, and some of the images on the cards were different than anything I had seen in the popular music magazines of the day, such as Circus, Creem, or Hit Parader. Today, a complete set of both series in nice condition goes for around $80 to $120. Unfortunately, my cards are long gone—probably victims of being shoved into bicycle spokes.

Other than Double Platinum, which was essentially a greatest hits compilation, I owned a complete set of KISS albums from the 1970s and early ’80s (the makeup era), along with a stack of magazines featuring the band on the cover. Unfortunately, I clipped many photos out of the magazines to create a KISS scrapbook. Why I didn’t simply keep the magazines intact and look at the photos that way I have no idea, but my scrapbook did sell on eBay for more than $50 a few years ago. Of course, now I wish I had it back. (In case you’re curious, most vintage KISS magazines are worth around $10-$25 each.) 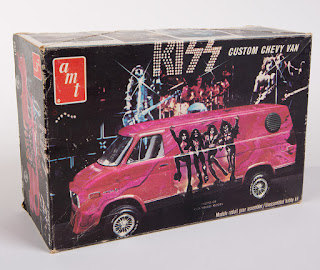 I also had the first KISS comic book (which is worth more than $100 now), published by Marvel and featuring their blood in the ink, but I was never able to afford the Mego KISS dolls (which now go for around $200-$250 each), or the KISS Chevy van model kit produced by AMT. My brother and I loved assembling car models, which cost a little over $2 each, but the KISS van was almost $10, which was out of the question. (A factory sealed KISS van recently sold on eBay for $217.50, plus $8 shipping.) To make my own KISS vehicle, I got creative and stuck the KISS tattoos that came with the KISS Alive II album on a cheap car model I had built. (Today, a complete copy of KISS Alive II, with tattoos intact, goes for around $30.)

My favorite “toy” of all time is the ColecoVision video game console (packed with Donkey Kong) I got for Christmas in 1982 when I was 15 years old. Since I was working by that time, I amassed a nice collection of games to go with it. Unfortunately, at some point during the mid-late 1980s, I made the “brilliant” decision to clear up space in my room by throwing away all the game boxes. Today, many of those boxes are worth more than the games themselves. At least I kept the cartridges. (A couple of years ago I saw a factory sealed ColecoVision for $600 at a convention—I was tempted to buy it and open it as a relatively cheap form of time travel to one of the greatest mornings of my life.) 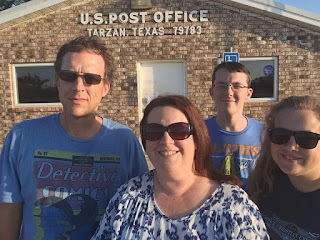 Today, staring down at the back half of a 100, I realize I’ve got it pretty good. I write about things I enjoy, I’ve got a loving wife and two great kids, and I have fun buying and selling all manner of pop culture paraphernalia. I still enjoy basketball, cycling, hiking, and tennis, and I've added yoga to the mix.

Plus, I’m still breathing, which is always a bonus. As my brother-in-law’s father likes to say, any morning you wake up and look down at your feet and don’t see a toe tag is a good day.