Many celebrities die each year, but with 2020 being so notable as a terrible time thanks to the novel Coronavirus, the celebrity deaths last year seem especially poignant. A number of the famous people who passed during that time impacted my life in a positive way, so I decided to highlight some of them here.

The celebrities in question are listed in order of importance to me personally, but that of course doesn’t mean their lives were more valuable than the others—just that they made a difference in my life. 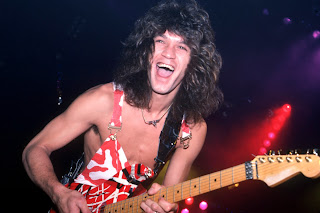 I saw Van Halen blow the roof off of Reunion Arena in 1984 and headline the Texas Jam in 1986. I drew Van Halen's cool logo countless times on my school folders. Smiling when so many rock stars snarled, Eddie had the creativity and power of Hendrix. He could make his guitar sound like a rocket ship taking off or a volcano erupting. He was a virtuoso who continued honing his craft through the Van Hagar era, even though we metal head teenagers preferred “Ain't Talkin' About Love”—in fact, that's my first memory of Van Halen—listening to the brilliant, mind-bending opening riff of “Ain't Talkin' About Love” in my brother's car. He had a Pioneer stereo with four speakers and a 100-watt amp and would play Van Halen’s debut album so loud I thought my ears would split open. But I loved it. 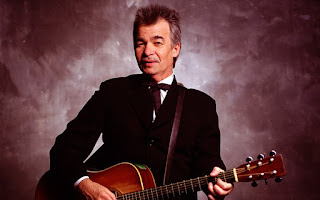 When my brother-in-law and I went into the comic book business together during the early 1990s, we spent a lot of time together, ordering new comics, pricing inventory, doing trade shows, running our two stores, etc. And there was usually music in the background. While my musical tastes tended toward the harder stuff like Black Sabbath, KISS, and Iron Maiden (though I enjoy a variety of other genres), he was more of a folk rocker, listening to Neil Young, Bob Dylan, and Tom Petty. During this time, he introduced me to country folk singer John Prine, one of the greatest songwriters in the history of popular music. To this day, I listen to Prine on a frequent basis, everything from the heartbreaking “Hello in There” to the whimsical and hilarious “Dear Abby.” 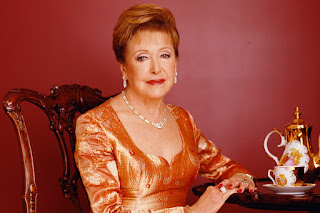 When I was a kid, my mom did me the tremendous favor of taking me to Half-Price Books and a couple of mom-and-pop bookstores fairly near our house. We also went, as a family, to thrift stores on occasion. It was at these second-hand shops where I discovered that you could buy comic books, Peanuts paperbacks, and copies of MAD magazine for as little as 10 to 25 cents each. After one of these excursions, Mom introduced me to the works of thriller author Mary Higgins Clark, an author I read before Clive Barker, Stephen King, Robert Bloch, Richard Matheson, or Rod Serling. So yeah, Clark, famous for such novels as Where Are the Children? (1975), A Stranger is Watching (1977), and The Cradle Will Fall (1980), was a big influence on my literary genre of choice. 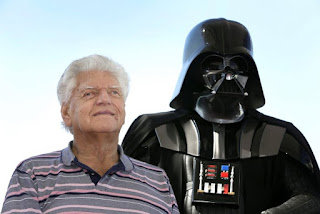 In 1977, I was 10 years old. Wow, what a time to be a kid. Not only did the Atari 2600 come out that year (it was too expensive for us, but I played the heck out of Atari at various friends’ houses), Star Wars debuted on the silver screen. Inspired in part by the old Flash Gordon and Buck Rogers serials (check out the opening text crawl on 1939’s Buck Rogers), Star Wars changed cinema forever and made quite the impression on me, who saw it at the local mall theater with my brother. While David Prowse didn’t voice Darth Vader (that was James Earl Jones), he struck an imposing figure in the black costume—virtually every gesture he made and every step he took was menacing. Years before, he played Frankenstein’s monster in a couple of Hammer films. Darth Vader + Frankenstein = awesome. 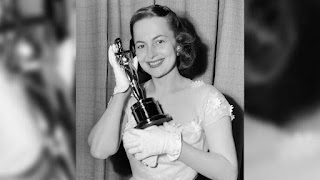 Decades before most people considered it problematic, Gone with the Wind (1939) made its broadcast television debut on NBC on November 7, 1976. Based on the Pulitzer Prize-winning novel by Margaret Mitchell, the classic film aired in two parts to huge ratings, with the second part airing the following day. My dad had no interest, so my mom and I went to the back bedroom and watched, transfixed before the colorful characters, Old South charm, and grand visuals and sweeping musical score. We watched it together several times over the years after that. I thought Rhett Butler (played by Clark Gable) was the epitome of cool, and I had a major crush on Scarlett O'Hara (Vivien Leigh). But it was sweet Melanie Hamilton, played endearingly by Olivia de Havilland, who gave the movie its heart. She was also great in The Adventures of Robin Hood (1938), another one of my favorite films of the era. 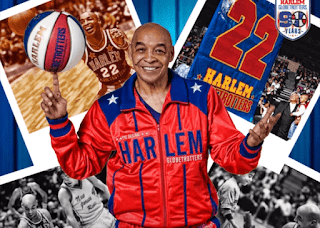 I grew up in a suburb of Fort Worth, but we rarely went into town. We drove to Dallas for the occasional Mavericks basketball game and were frequent visitors to Arlington to go to Six Flags and Rangers baseball games, but I guess my dad didn’t see much reason to go to Fort Worth, despite such tourist attractions as the historic Stockyards, the Water Gardens (prominent shooting location for Logan’s Run), several world classic museums, a world class zoo, Trinity Park, the botanic gardens, etc. But one cold winter night we ventured downtown to the Tarrant County Convention Center to see the Harlem Globetrotters, which featured the charismatic and comical “Curly” Neal at point guard. I had seen them on TV before, but there was nothing like witnessing their antics live: the half-court shots, the buckets of confetti, the crazy dunks and even crazier dribbling, the punking of their foes (The Washington Generals). In short, the Globetrotters were super entertaining, and it was great watching them in their heyday.

Dawn Wells: As the adorable next-door type girl on Gilligan’s Island, she was my first crush. I cringed when she got shot in the face in The Town That Dreaded Sundown (1976), my first experience seeing an R-rated movie at the theater.

Kenny Rogers: Such hits as “Lady,” “The Gambler,” “Lucille,” and “Coward of the County” were a big part of the soundtrack of my young life.

Charlie Pride: I loved listening to Charlie Pride in my dad's truck when I was a kid. "Burgers and Fries and Cherry Pies" takes me back to the '70s as much as any song by any singer or band.

Max von Sydow: He was great as Ming the Merciless in Flash Gordon (1980), one of my favorite films, and even better in Hannah and Her Sisters (1986), where he played a snooty artist.

Fred Willard: My brother and I grew up watching Fernwood Tonight, and Willard was great in a small role in This is Spinal Tap (1984), where he told the band: “We are such fans of your music and all of your records. I'm not speaking of yours personally, but the whole genre of the rock and roll.”

Jerry Stiller: The comedy legend entertained for decades and decades, but he’s perhaps best known for playing George Costanza’s father on Seinfeld, one of my favorite sitcoms. “Serenity now!”

Little Richard: He did nothing less than play a major role in inventing my favorite genre of music: rock ’n’ roll. “Good Golly, Miss Molly!”

Chadwick Boseman: I was stunned at the passing of Boseman, who was only 43. He had quite the career, playing such iconic figures as Jackie Robinson and James Brown. His portrayal of Black Panther actually made that relatively obscure Marvel Comics character iconic.

Joel Schumacher: Some blame Schumacher for ruining the Batman movie franchise with the campy Batman & Robin (1997), where the Dynamic Duo’s costumes had nipples. However, I’ll always remember the director for creating The Lost Boys (1987), the endlessly entertaining hair metal vampire film.

Alex Trebek: What a class act. Smart. Articulate. Semi-funny. My son loves Jeopardy, and we have a good time watching it together as a family. We’ll miss watching him host the show when his episodes run out later this year. 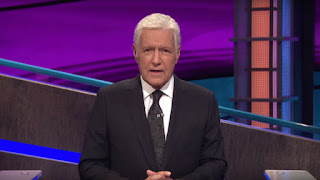