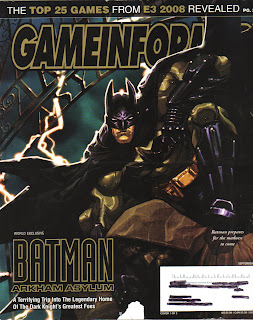 Although in my book it's not really old enough to qualify as a "classic" system (major companies are still making games for it), the PlayStation 2 was featured in the Classic GI section of this month's Game Informer. The best 25 games or series of games were listed in order, with the usual suspects making the list (Grand Theft Auto, Tony Hawk, Metal Gear Solid, Gran Turismo, etc.).

(click on the images for a closer look at the pages) 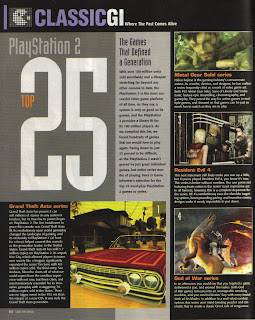 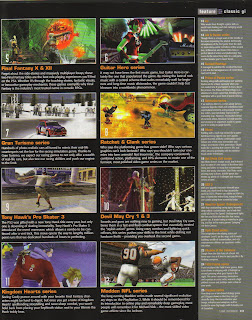 Notably absent was Maximo: Ghosts to Glory, a killer hack-and-slash/platforming game that is probably the most underrated title in the PS2 library. Sure, the save system is a pain (you have to spend coins), and there's some tricky platforming involved (NES-era gamers will welcome this aspect), but the hard hitting, creature killing action is every bit as good as Resident Evil 4, God of War, or any other modern game. The sequel, Maximo and the Army of Zin, is also a great, undervalued title. You can pick up either disc at most any used game shop for $10 or less. 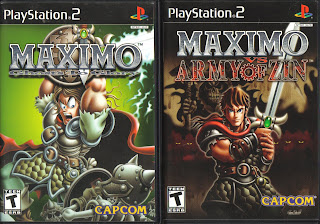