Just got back from OAF Con 2008, a gathering of seasoned (I was easily one of the two or three youngest people there) comics fans and pros buying and selling comics, pulp novels, movie posters, magazines, fanzines, and much more.(OAF stands for Oklahoma Alliance of Fans, an organization started during the early days of comic book fandom). 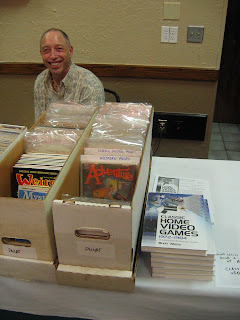 OAF convention organizer Bart Bush, who was a key figure in early comic book fandom (he published the OAF fanzine during the early 70s). Bart was kind enough to display my book at his table. 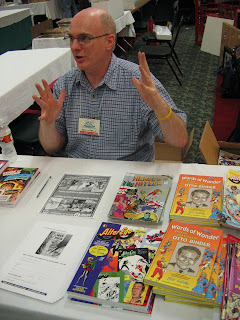 The highlight of the show for me was meeting special guest Bill Schelly, comic book historian and author of The Golden Age of Comic Fandom (among other books). 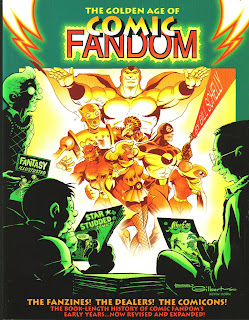 The Revised Edition of The Golden Age of Comic Fandom 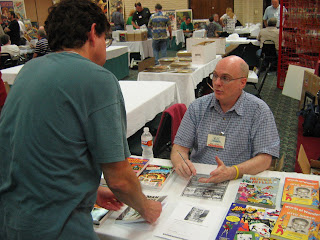 Rick Kelsey, a friend who went with me to the con, talking with and getting some books signed by Bill Schelly. 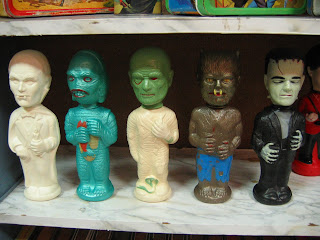 The con had lots of cool collectibles for sale, including these Universal Monsters bubble soap containers from the 1960s (the Dracula bottle is a prototype). 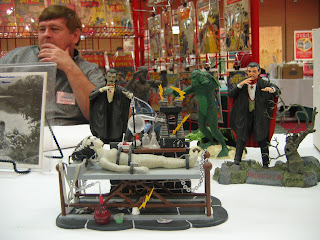 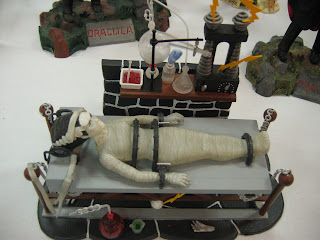 The Bride of Frankenstein, my favorite Universal Monster. 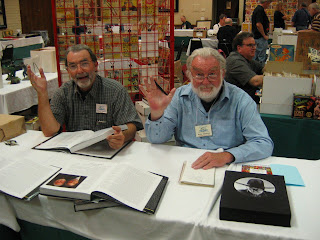 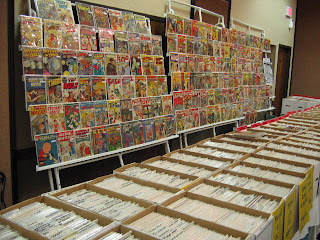 A typical display of Golden and Silver Age comic books.
Posted by Brett at 8:45 PM