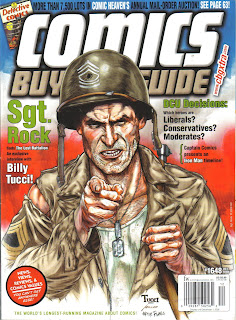 Starring an impossibly long-legged, usually half-naked (or naked altogether) Poison Ivy, “Deflowered!” finds The Botanical Babe once again stalking and killing corporate fat cats who make their living at the expense of others. Other plants, that is. And once again, Batman is on her tail (so to speak), investigating the deaths, trying to find a pattern.

This story is like countless other Poison Ivy yarns, but for a couple of differences that make it stand out (at least to some degree). Instead of poisoning her victims with toxins, Ivy is making them suffer extra by having her plants stab them with thorns or choke them to death. In addition, though every fan knows Ivy favors fauna and flora, this story pounds the notion home (and makes Ivy a somewhat sympathetic character) by showing her shrieking in terror at hearing the plants, flowers, and trees cry with “sorrow and torment.”

An origin recap and surprise ending add to the horticultural hijinks. Book-ending the action in Crypt Keeper-like fashion is The Joker, whose appearance is purely superfluous. 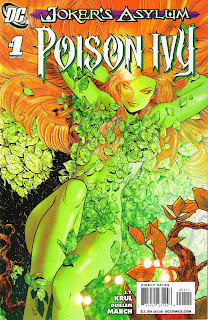 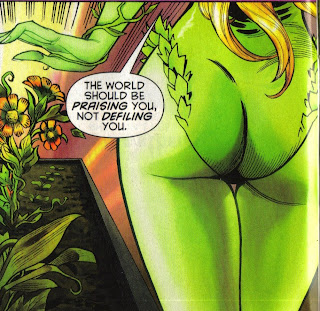