CGE 2010 has come and gone. Not surprisingly, it was a blast. 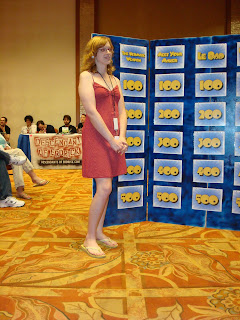 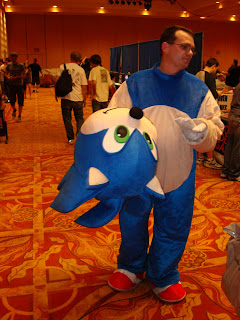 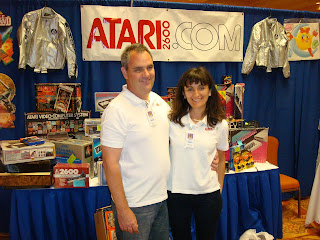 Joe from Atari2600.com, along with his lovely bride. Joe's booth is always a standout at CGE. I do some freelance writing for Joe, and he's a stand-up guy and a good business man. 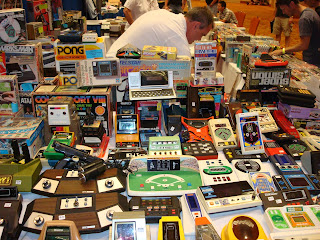 In addition to rare cartridges, the Atari2600.com booth had lots of nifty handheld and dedicated games. 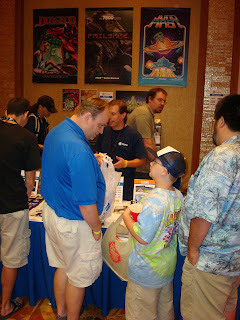 AtariAge had lots of homebrew games for sale. I picked up Jr. Pac-Man for the 7800 and Lady Bug for the 2600. Both are fantastic ports of classic arcade games. 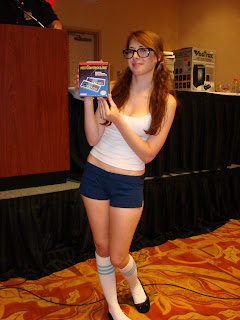 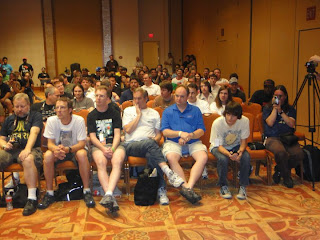 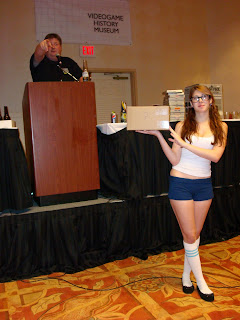 Auctioning off one of three "mystery boxes," the proceeds of which went to charity. 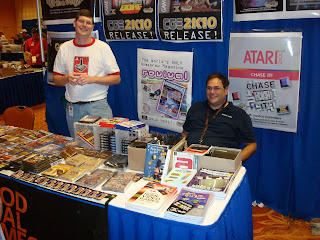 Michael Thomason of Good Deal Games and Leonard Herman, author of ABC to the VCS and Phoenix: The Fall and Rise of Videogames. 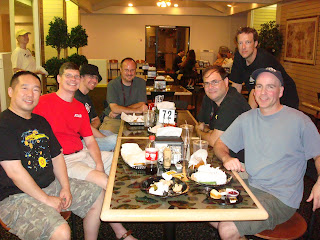 Dinner with the fellers. Chris Cavanaugh, pictured on the right, was my editor when I wrote for the All Game Guide. He also keeps busy publishing Classic Gamer Magazine. 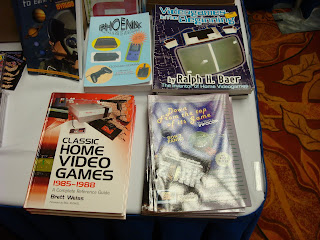 Michael offered to let me put my book on his table, which is much appreciated. (Thanks also to CGE co-organizer Joe Santuli for letting me put books on the Digital Press table). 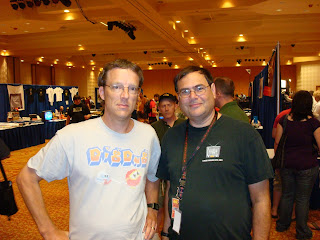 Me and Lenny Herman. 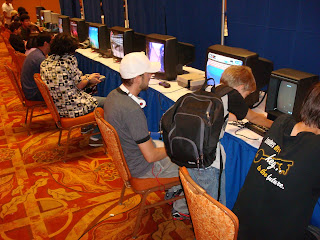 There were lots of consoles set up for attendees to play. 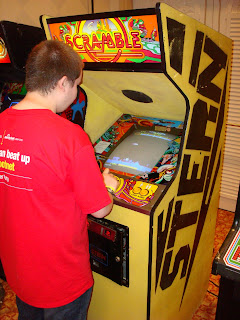 Arcade games set up on free play were in abundance as well. 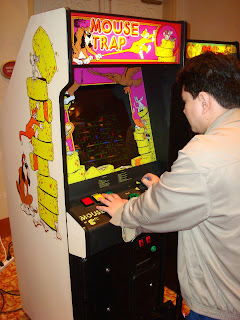 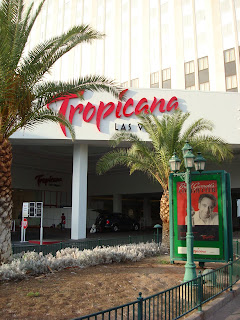 I stayed at The Tropicana, which is a good venue for the convention, but a dive compared to many other Vegas hotels. 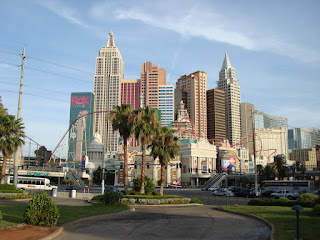 New York, New York is across the street from the Tropicana.
Posted by Brett at 2:34 PM