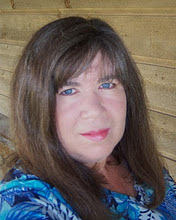 The January issue of Mystery Scene contained my article on novelist Livia J. Washburn. Here's the text from that article:

While she’s never held a traditional day job, former bookstore owner Livia J. Washburn has been a hard-working freelancer for more than 30 years, cranking out historical adventures, romance novels, westerns, and, most prominently (not to mention most prolifically), mysteries.

Washburn is best known for her cozy “Fresh-Baked” and “Literary Tour” series, both of which are populated with strong women, supportive men, faithful friends, and, of course, a rascal or two. The question of “whodunit” hangs over every novel, and romantic entanglements sometimes ensue. However, sex and violence are downplayed in favor of humor, yummy food, and small-town charm. In short, these are books you could recommend to your teenager or your grandmother.

The “Fresh-Baked” books star feisty Phyllis Newsom, a devoted cook and retired history teacher living in the relatively small town of Weatherford, Texas. Phyllis, a widow who loves to cook, runs a boarding house that is home to other retired teachers, including romantic interest and former high school basketball coach, Sam Fletcher.

“Using retired teachers was a natural since I was surrounded by teachers in my family,” Washburn says. “My mother, my mother-in-law, two sisters-in-law, and now both my daughters are (or were) teachers.”

It’s no accident that Washburn set the “Fresh-Baked” series in Texas. A Texan through and through, she’s a lifelong resident of Azle, which, like Weatherford, is a smallish suburb of Fort Worth. Washburn enjoys experimenting with recipes, so the baking theme is also a natural. In fact, each of the “Fresh-Baked” novels includes several recipes created by Washburn.

“My agent, Kimberly Lionetti, let me know the publishers were looking for foodie mysteries, and she asked me if I thought this was something I would be interested in trying,” Washburn says. “And of course I was. Kimberly’s a terrific agent. She actually had bidding wars going for both the ‘Fresh-Baked’ and ‘Literary Tour’ series. It was very exciting.”

In the first “Fresh-Baked” mystery, A Peach of a Murder, Phyllis yearns to win the top prize in Weatherford’s annual Peach Festival baking contest, an honor one of her housemates, Carolyn Wilbarger, has won twice before. Unfortunately, one of the judges dies after sampling Phyllis’s cobbler, placing the peachy protagonist in the role of amateur sleuth.

The sixth and most recent “Fresh-Baked” book is The Gingerbread Bump-off, in which Phyllis, a budding Sherlock Holmes at this point, has decorated her boarding house for the annual Christmas Jingle Bell Tour of Homes. She’s also busy preparing a Christmas Eve bridal shower and a New Year’s Eve wedding. Naturally, someone gets murdered on her front porch, putting the intrepid cookie maker once again in pursuit of a pestiferous perpetrator.

In addition to cooking and writing, Washburn, who went to Tarrant County College in Fort Worth, but had to drop out due to various health issues, enjoys working with power tools and traveling. The former she does frequently, but she doesn’t get a chance to travel nearly as much as she’d like, thanks to the responsibilities involved in taking care of her elderly parents.

When Washburn’s agent suggested she write a series of mysteries about literary books, she jumped on the opportunity. “I thought that writing about literary tours would give me the perfect excuse to do some traveling,” Washburn says. “Unfortunately, that hasn’t work out. Just as I started writing the first book in the ‘Literary Tour’ series, my mom’s dementia got worse, and she had foot surgery. Also, my dad fell on their icy driveway, broke his ankle, and had to have a plate put in.”

Although familial responsibilities keep her close to home most of the time, the “Literary Tour” series lets Washburn (and her readers) travel vicariously to places both real and imagined, including: the Tennessee Williams Literary Tour in New Orleans (Killer on a Hot Tin Roof); a Mark Twain-themed cruise on the Mississippi River (Huckleberry Finished); and an old plantation modeled after Tara from Gone With the Wind (Frankly My Dear, I’m Dead).

The protagonist of the “Literary Tour” series is Delilah Dickinson, an independent-minded divorcee who opens a travel agency in Atlanta. Full of sass and brass (and a touch of class), Delilah is a character readers will find themselves rooting for again and again.

In the next “Literary Tour” book, For Whom the Funeral Bell Tolls (Feb. 2012), the always adventurous Delilah takes a tour group to Key West, Florida to explore the literary heritage of Ernest “Papa” Hemingway. Fortunately for mystery buffs everywhere (but unfortunately for the poor victim), Hemingway’s former residence becomes the scene of a murder.

For mystery fans who like their novels a little less cozy, Washburn’s darker, edgier “Hallam Mysteries” may be just what the doctor ordered. Set in the 1920s, during the glory days of the Hollywood western, these books star former Texas Ranger Lucas Hallam, a rough-and-tumble movie cowboy and private detective who tangles with gangsters, zombies, religious cults, the Ku Klux Klan, and other disreputable sorts.

There are four books in the Hallam series: Hallam (featuring the first appearance of the character); Dead Stick (someone tries to sabotage Hallam’s current film); Dog Heavies (Hallam must take a spoiled New York actor to a ranch in Texas to make him a credible cowboy star); and Wild Night (winner of The American Mystery Award and The Private Eye Writers of America's Best Original Paperback Award).

Along with writing her own books, Washburn proofreads her husband James Reasoner’s novels. The author of the 10-volume “Civil War Battles” series (among numerous other titles), Reasoner often writes more than a million words in a single year, keeping Washburn plenty busy. While it’s a time-intensive chore, working as an assistant to her husband has paid off for Washburn, who grew up reading, but never really saw herself as writing for a living.

“In school I was the weird child that enjoyed writing papers, especially research papers,” Washburn says. “But I never dreamed of writing professionally until I saw James succeed. He was writing stories in longhand for Mike Shayne Mystery Magazine, and I would type them up for him. I kept telling him of other ways his stories could have gone until he finally suggested that I try to write my own.”

Washburn took her husband’s advice, and suddenly a career was born. Her first published story—“The Lord Will Provide”—appeared in a 1978 issue of Mike Shayne. Her first novel, The Emerald Land, was published in 1983 by Fawcett Gold Medal (as written by Livia James). Her first mystery novel was Wild Night, published by Tor Books in 1987 (as written by L.J. Washburn).

To research the people, places, and things she writes about, Washburn used to visit as many as half a dozen libraries in a single day. But now, thanks to the Internet, that aspect of her job has gotten easier. “I still use books,” she says, “but Google has become my friend. When I want to get the description of a setting right, I usually call up as many images as I can. With the maps they have now, you can ‘walk’ down the roads you’re trying to describe. Also, I belong to several email lists where the other members are also writers, and if I run into something that really stumps me, I ask the group. Chances are someone usually knows the answer.”

Currently, Washburn is hard at work on Wedding Cake Blues, the next novel in the “Fresh-Baked” series.

“In many ways writing has been a dream job for me,” Washburn says. “I've been able to raise a family, work with my husband, and tell stories that entertain people all over the world. I can't think of anything better.”
Posted by Brett at 7:49 PM