My Summer 2014 Video Game Guide appeared in a recent issue of the Fort Worth Star-Telegram. Here it is reprinted for your reading pleasure:

Summer is the time for baseball, backyard barbeques and trips to the beach. But when it’s time to come inside and cool off, you may find yourself wanting something to do other than watch TV, read a book or—gasp!—do chores.

So here are 10 hot new video games you can play in the cozy comfort of your living room or man cave. Certain titles are available now while you’ll have to wait a bit for the others. As always, release dates are subject to change. 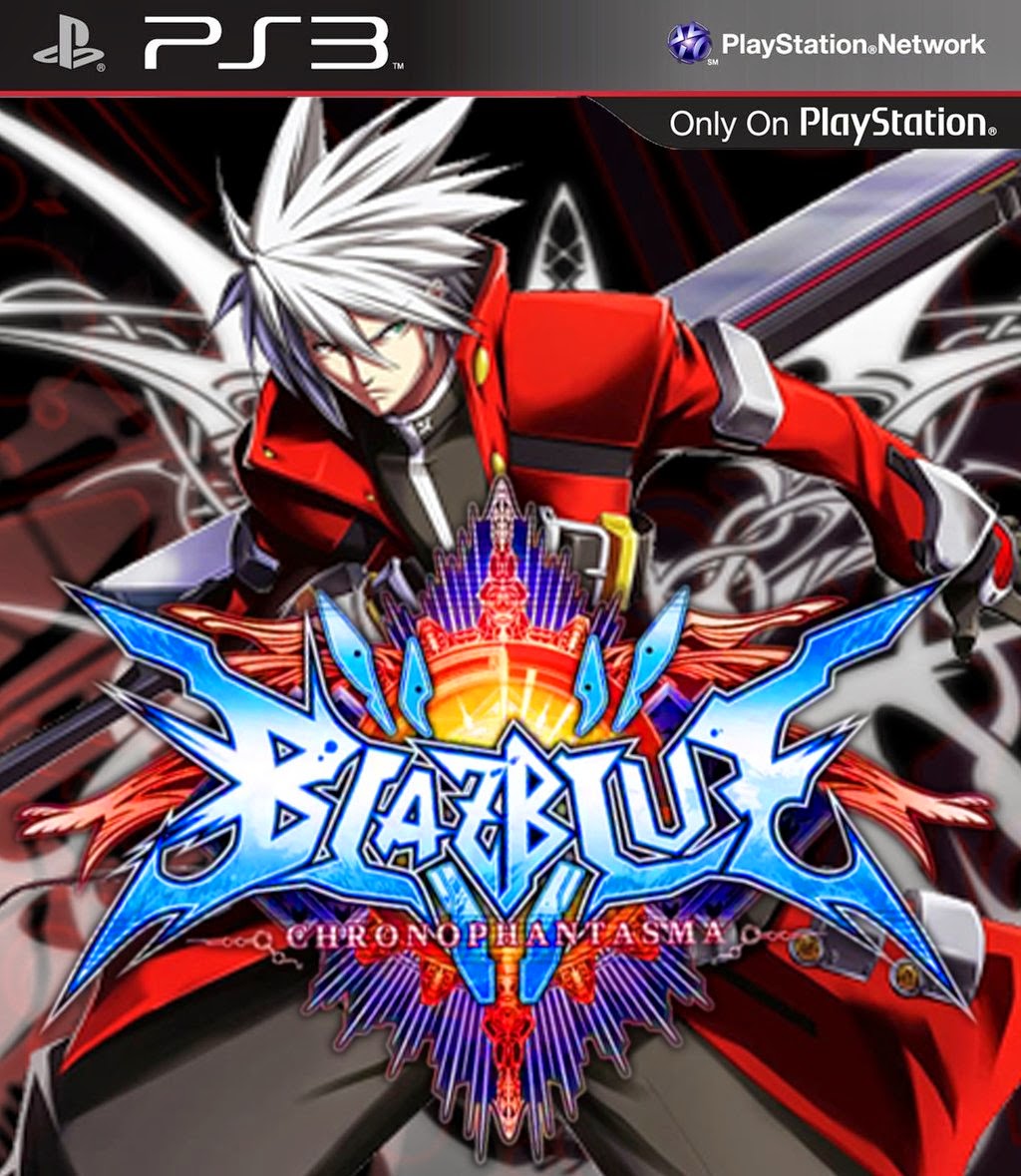 The fifth title in the “BlazBlue” 2D fighting game series, BlazBlue: Chrono Phantasma adds five new characters—Amane, Azrael, Bullet, Izayoi, and Kagura—bringing the total number of combatants to 24. Each of the returning characters has new moves and abilities, meaning that even veterans of the BlazBlue wars will have new techniques to learn.

The action, which has been sped up for “faster, more enjoyable gameplay,” is set after the events of BlazBlue: Continuum Shift. The disc boasts 11 different modes, including Arcade, Survival, Networking (online) and Story, the latter of which features multiple endings and more than 30 hours of gameplay. 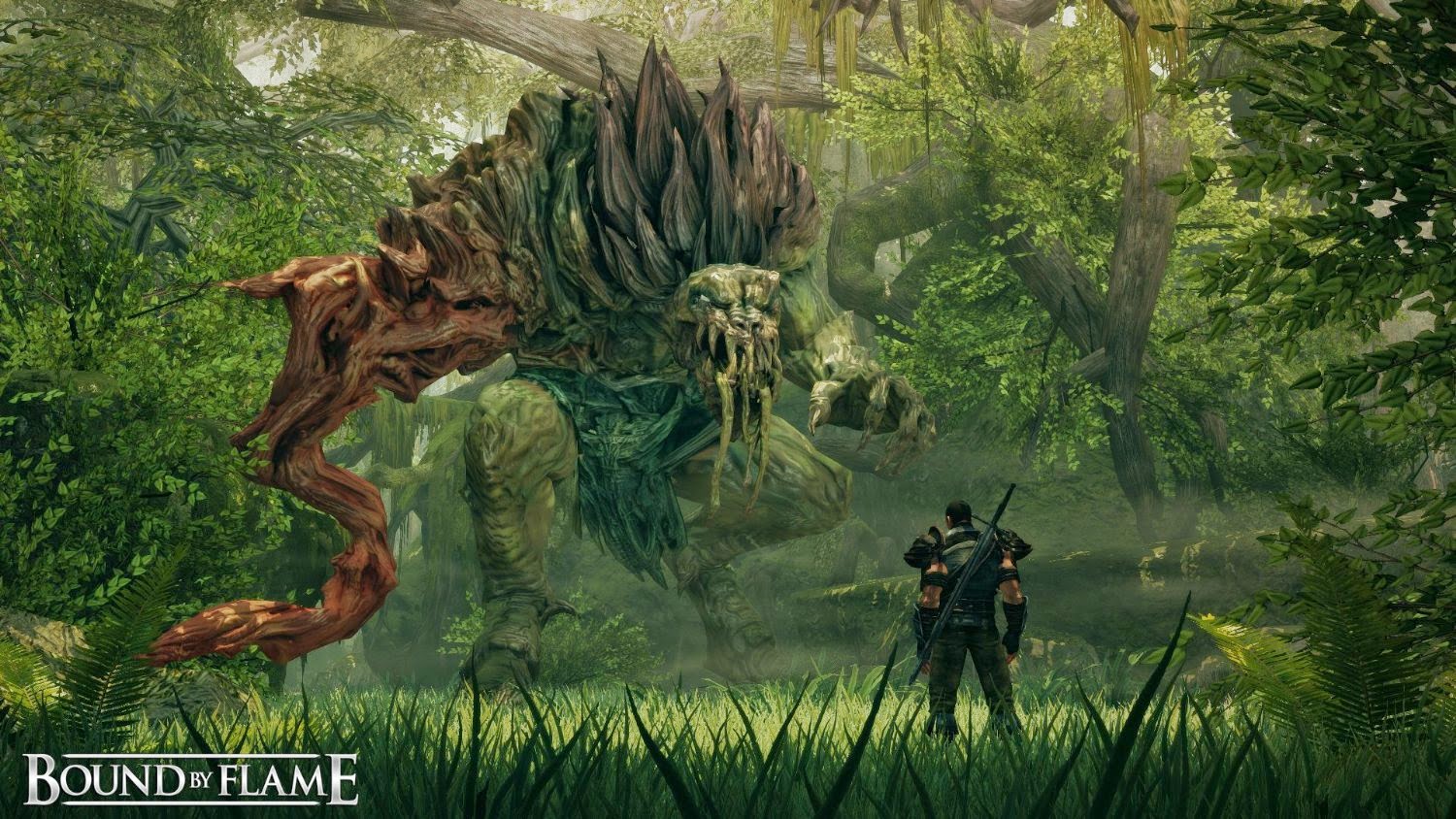 Bound by Flame is a fantasy role-playing game in the truest sense of the genre. As a mercenary possessed by a fire demon, players, after creating and customizing their male or female character, must decide throughout the game to perform heroically or succumb to the dark side. As the action intensifies and the enemies and obstacles get more difficult to overcome, players will be tempted to forfeit part of their soul in order to access powerful demonic traits. By acquiring or rejecting the demonic properties, the player’s character will change in appearance.

Battles are fought in real time, and players can create new items, improve their weapons and armor and upgrade their skills in terms of combat, assassination and fire magic. 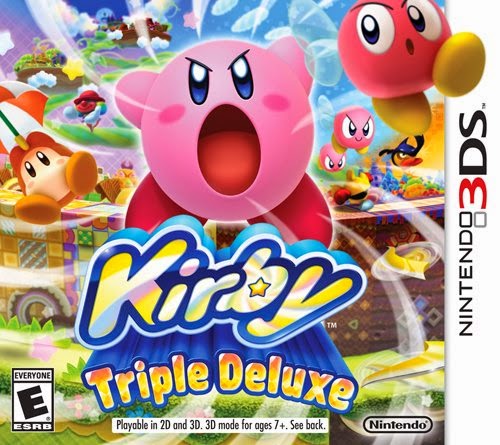 The adventures of Kirby, Nintendo’s pink, animated puffball, date back more than 20 years to Kirby’s Dream Land (1992) for the Game Boy and the fittingly titled Kirby’s Adventure (1993) for the NES. The latest iteration, Kirby Triple Deluxe, finds our ravenous hero on a quest to rescue the kidnapped King Dedede.

The classic, side-scrolling platform action remains intact, but Kirby can now jump from the foreground to the background, and he can eat a Miracle Fruit seed to transform into Hypernova Kirby, who can gobble giant objects. New mimicking abilities include beetle (impale enemies), archer (fire arrows in all directions) and circus performer (roll over enemies, juggle flaming bowling pins and wield exploding balloon animals). “Kirby Fighters,” which is similar to Super Smash Bros., and a rhythm game called “Dedede’s Drum Dash” supplement the main story mode. 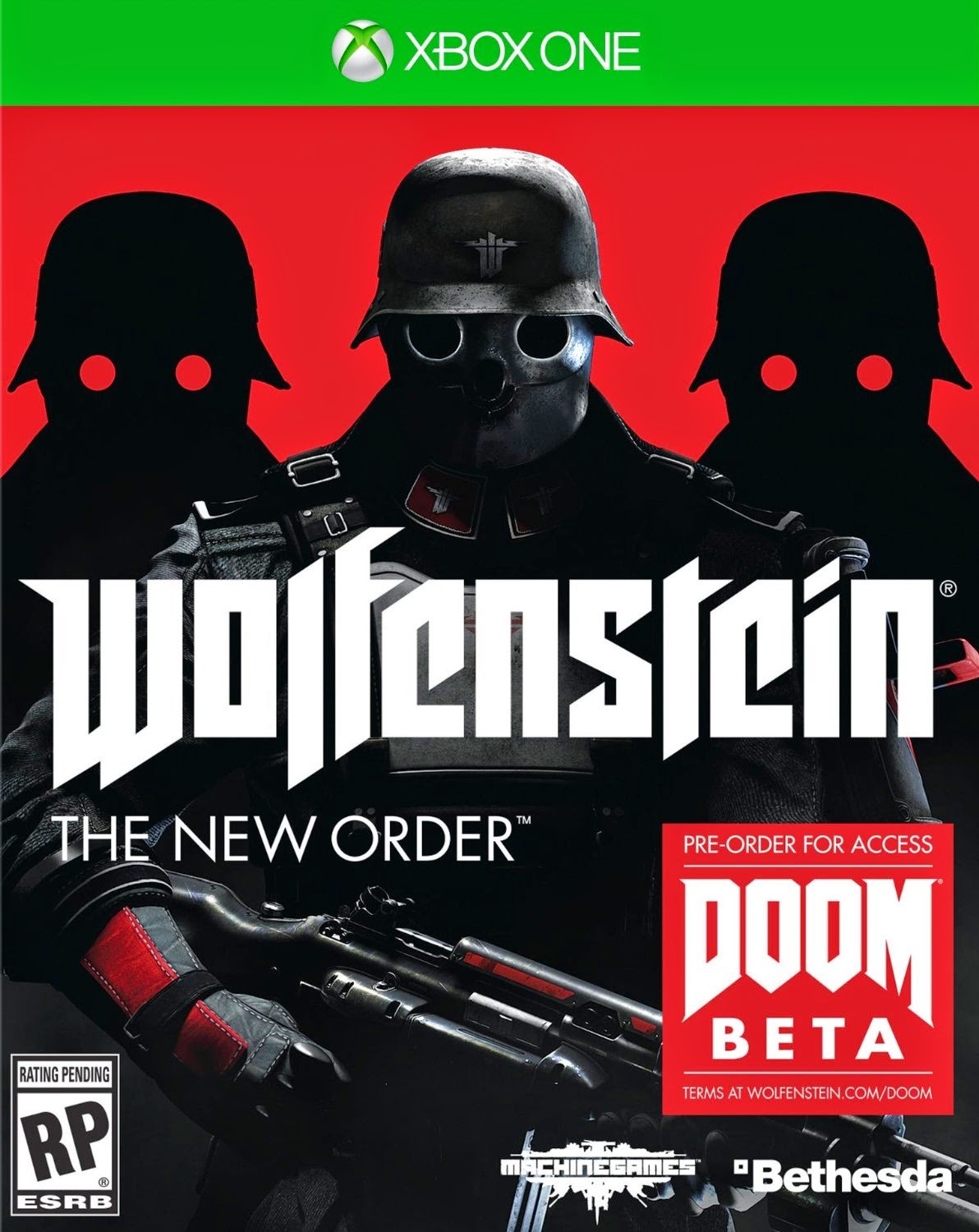 Similar in theme to Philip K. Dick’s 1962 masterpiece, Man in the High Castle, in which the Allied Powers lost World War II, Wolfenstein: The New Order takes place during the 1960s in a version of Europe in which the Nazis maintain a stronghold over the entire world. What this setup amounts to is a single-player, first-person shooter in which the gamer must battle robots, destroy giant super soldiers and infiltrate Nazi strongholds, with the ultimate goal of defeating General Wilhelm Strasse.

Wolfenstein: The New Order is the ninth game in the series, which dates back to the 1981 computer classic, Castle Wolfenstein. 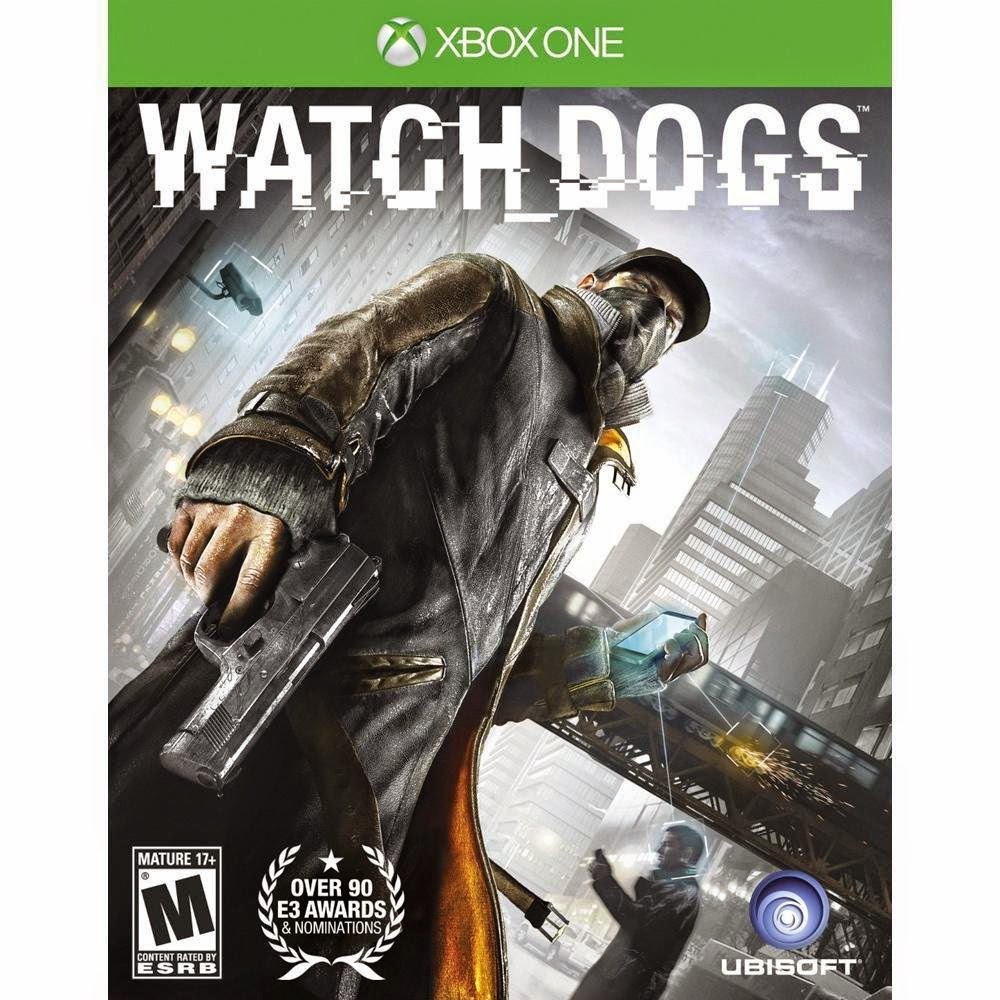 An epic, open-ended “sandbox” game, Watch Dogs puts users in the role of Aiden Pearce (voiced by Noam Jenkins), a hacker who can perform such dubious feats as control traffic lights (to create accidents), tap into surveillance cameras, disrupt police radio networks and access the cell phones and personal computers of private citizens. Armed with a baton and more than 30 different firearms, Pearce can also unleash vigilante justice on an assortment of bad guys.

The action plays out in a near-future Chicago that is controlled by a vast network of computers known as the Central Operating System (CtOS). In addition to the seemingly endless one-player option, which lets Pearce commander more than 65 vehicles, the game includes an assortment of multiplayer modes. 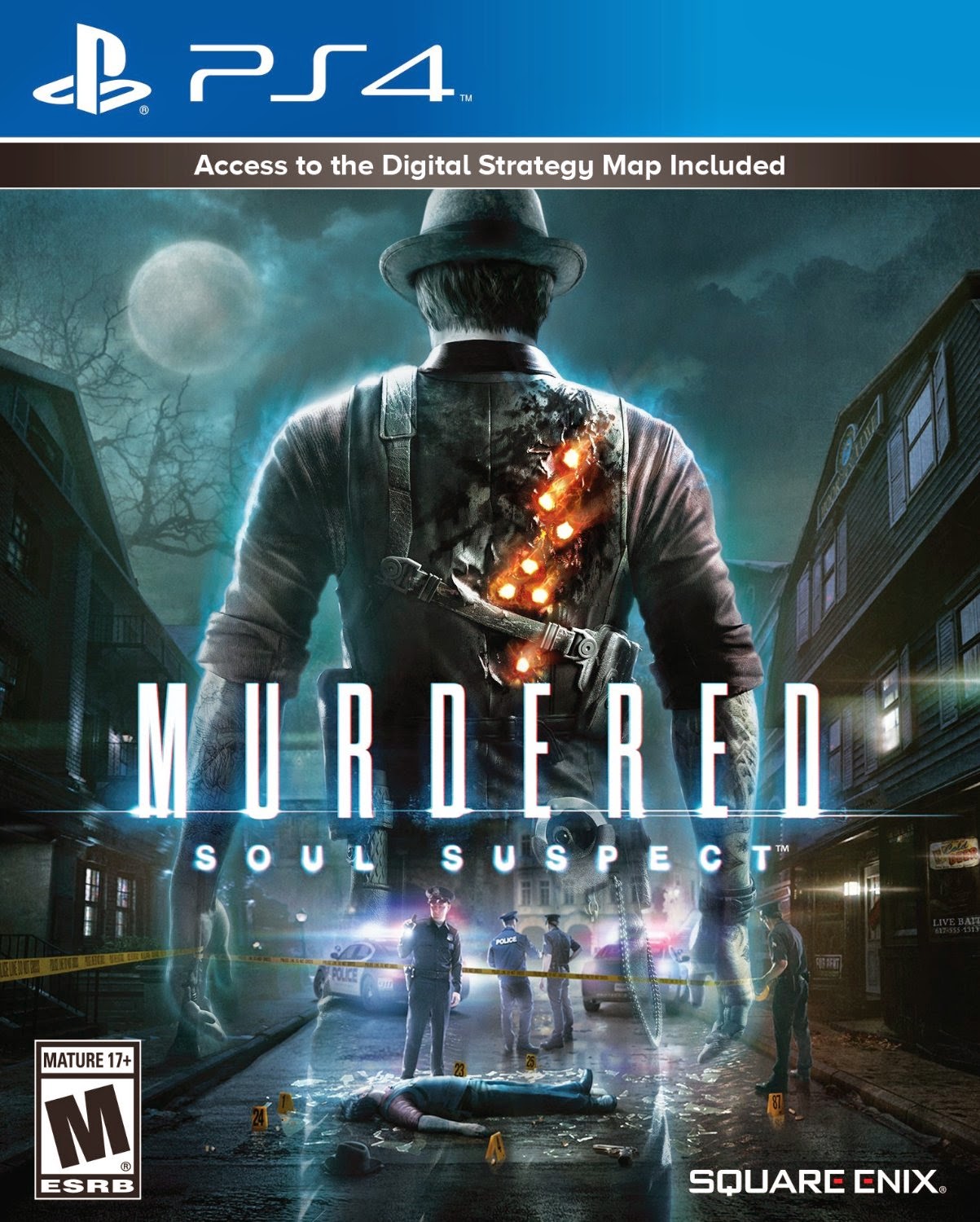 In Murdered: Soul Suspect, you are Ray O’Connor, a Salem, Massachusetts police detective who must solve a murder. There’s only one catch: you are the one who was killed (the basic scenario evokes Ghost, the 1990 film starring Patrick Swayze and Demi Moore). Luckily, as a denizen of the afterlife limbo world called Dusk, you have supernatural powers, including the ability to walk through walls, teleport and possess people to read their minds. You’ll also battle demonic spirits, search for clues, solve puzzles, interrogate ghosts, collect items and participate in various side quests.

Fans of Beyond: Two Souls may enjoy this third-person adventure thriller. 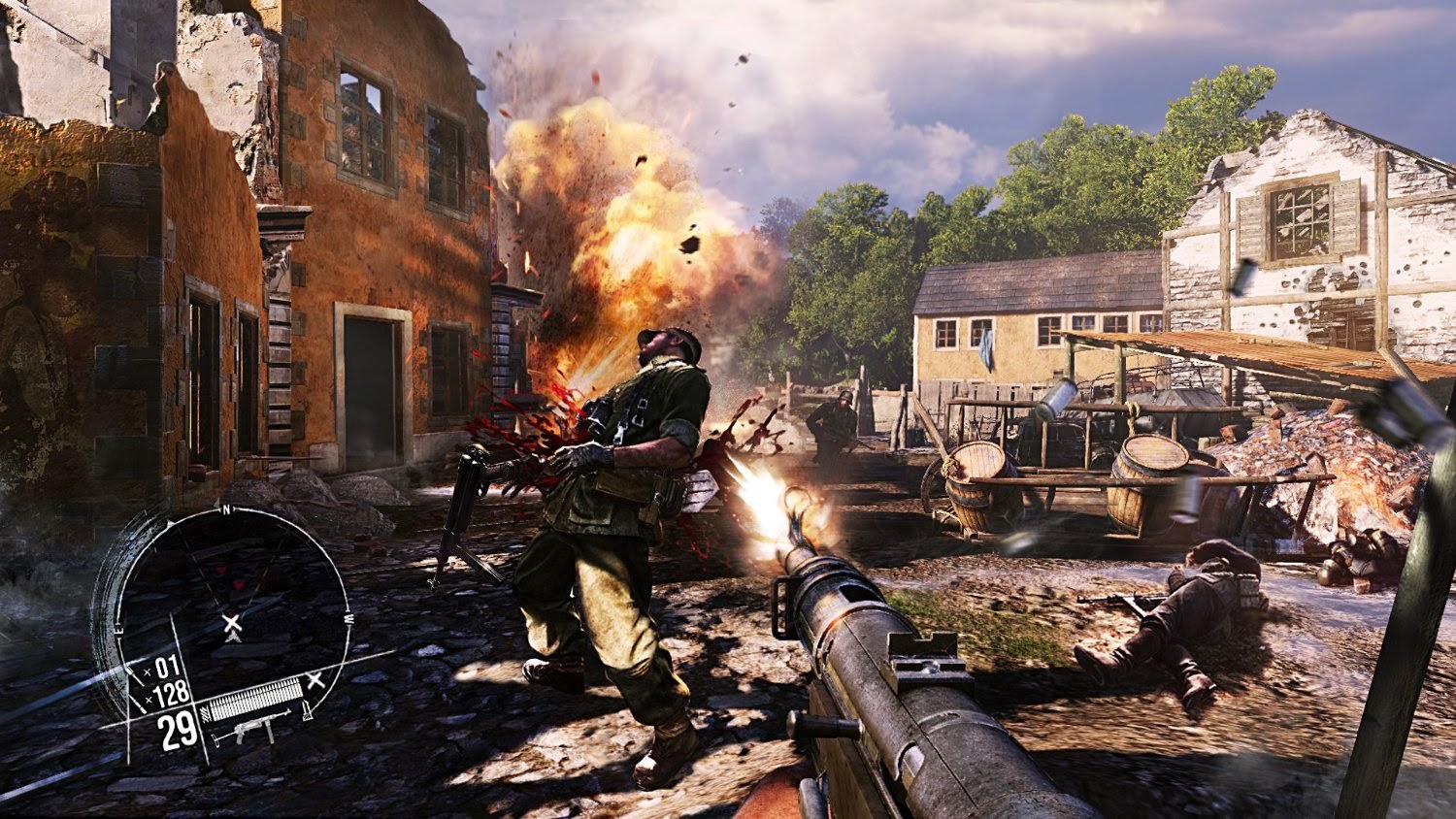 Billed as “the first truly modern World War II first-person shooter,” Enemy Front promises to be far less linear than most games in the genre, letting players explore open-ended levels with an unusual degree of freedom. The protagonist is American war correspondent Robert Hawkins, who can equip more than 25 weapons as he battles alongside Resistance Fighters against the Nazi scourge. Various fighting styles are featured, including intense combat, sniping, stealth and sabotage.

War isn’t pretty, as they say, but the makers of Enemy Front beg to differ, citing their game’s “stunning visuals” and “breathtaking European locales,” including France, Greece, Norway, Poland and Germany. 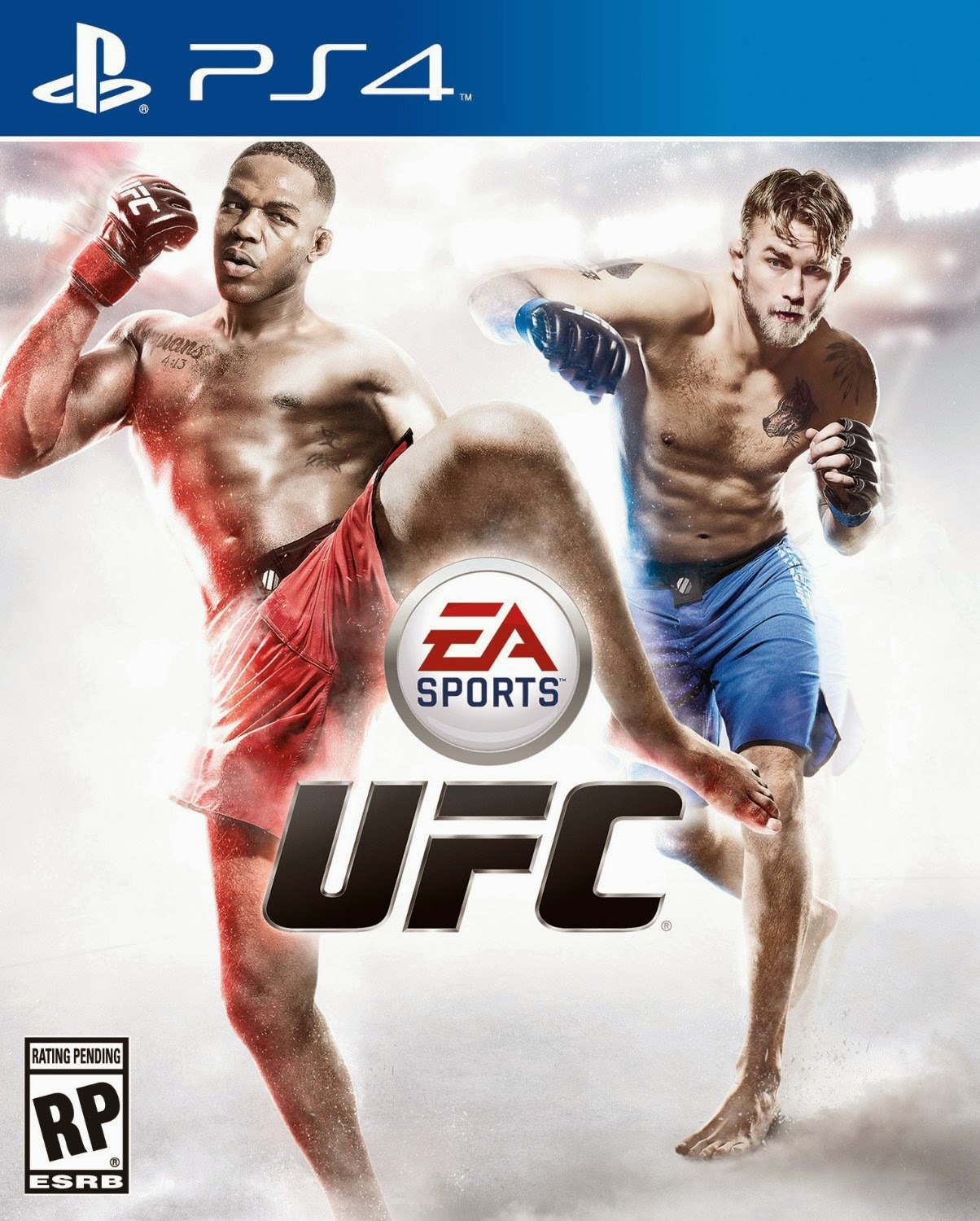 UFC, which stands for Ultimate Fighting Championship, is the violent, mixed martial arts competition that was controversial during the 1990s (it officially began in 1993) and has since become a mainstream sport. Developed by the team responsible for the Fight Night franchise, EA Sports UFC aims to capture the excitement of the real deal without harming a hair on anyone’s head.

Along with boasting such UFC fighters as Chuck Liddell and Ronda Rousey, the game features the late, great Bruce Lee, who never fought competitively, but is widely regarded as one of the greatest martial arts practitioners of all time. To capture Lee’s image, the developers used a life mask from the 1960s Green Hornet television series, in which Lee played Kato. 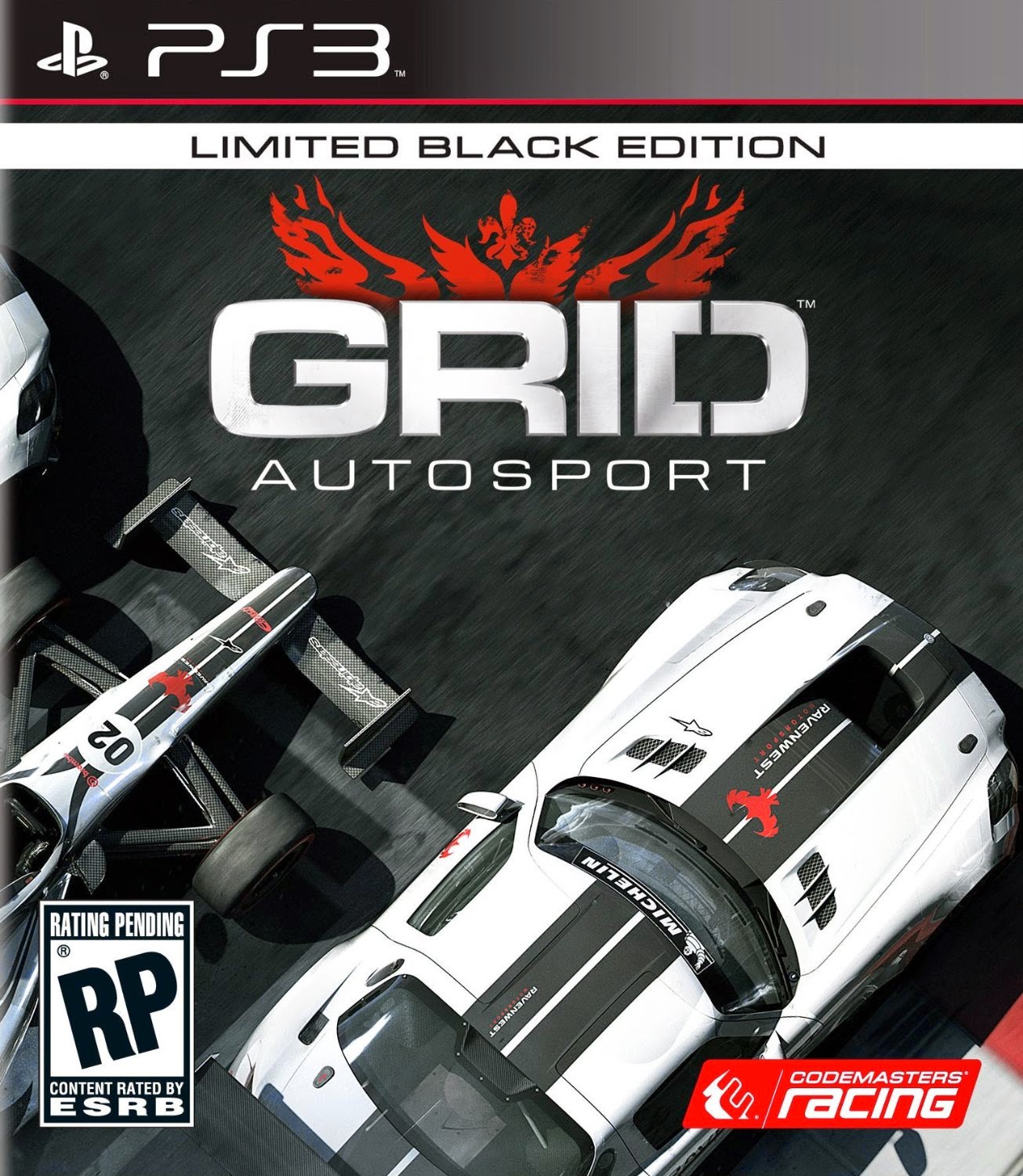 According to Codemasters, Grid: Autosport will be an improvement over Grid 2 by featuring “a more authentic handling style” and by “returning to an in-car view.” Modes of play include Career, Time Trial, split-screen two-player, multiplayer online and more. 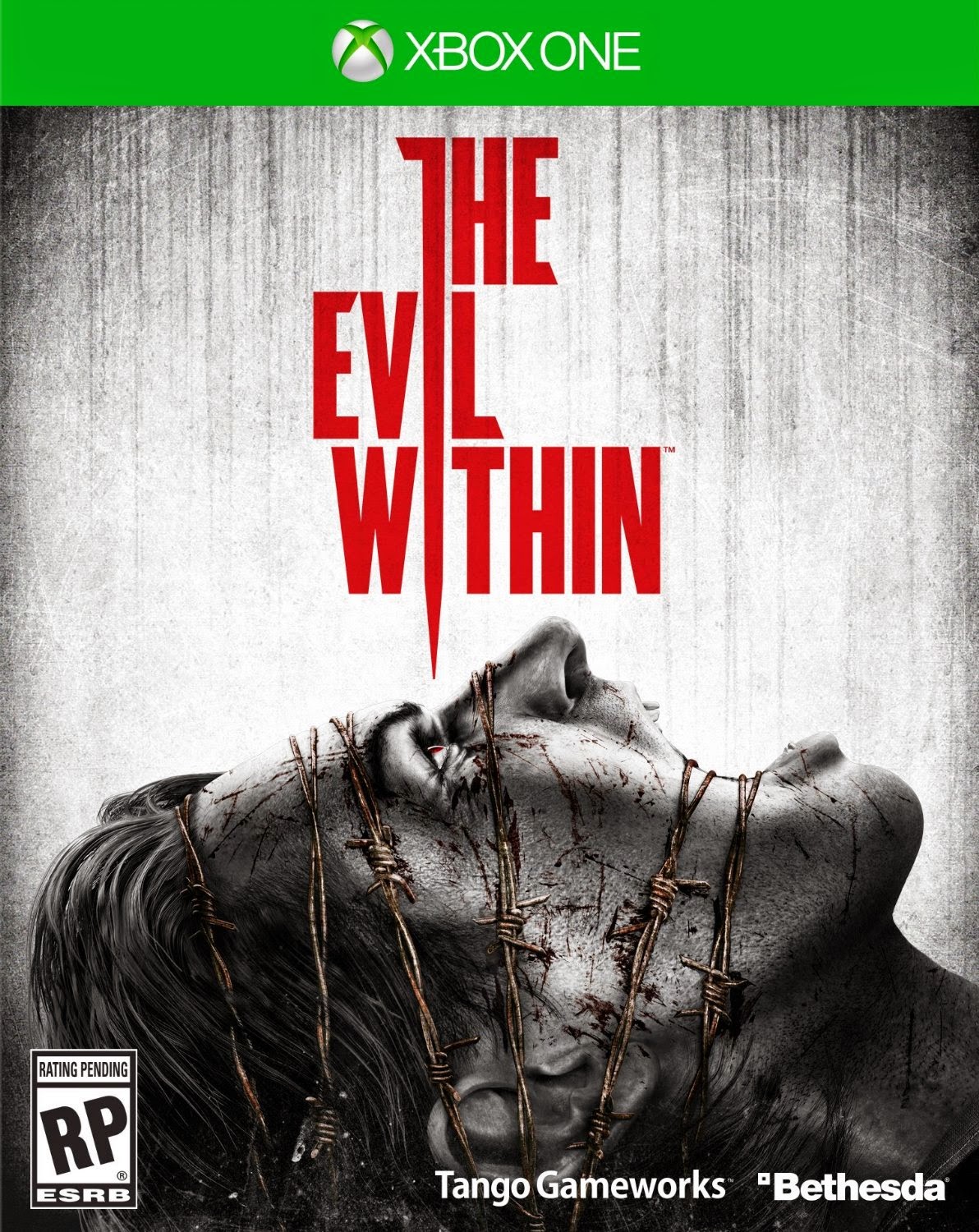 Terror specialist Shinji Mikami is the brains behind The Evil Within, a survival horror title that the developer says will be even scarier than the games in his groundbreaking Resident Evil series, which debuted in 1996 for the original PlayStation. As detective Sebastian Castellanos, players use traps, guns and other weapons to battle undead creatures in a nightmarish world that “warps and twists around you” (the environments change in real time).

To help keep things claustrophobic, desperate and downright frightening, ammo is scarce, enemies are tough and there are numerous instances where the player’s best option is to run away and hide, oftentimes in a cramped, uncomfortable space.

Every U.S. Release from A to L!