And Now, a Guest Blog Post by Spencer Blohm 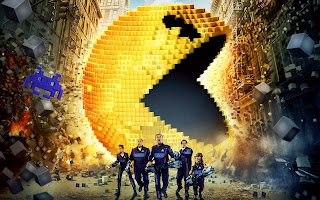 On July 24, 2015, Pixels made its way onto the summer blockbuster list of movies this year. Soon after its release, the movie failed to impress the audience and subsequently bombed. Pixels is hardly the first video game movie adaption that bombed out in theaters. But has this been a trend and what can be done about it?

Ever since the early 1990's, several video game movies have tried and failed to impress critics and the audience. Both Lara Croft: Tomb Raider (2001) and Resident Evil franchise bombed out when many viewers criticized the mindless action and nonexistent plots. Time and time again, gamers are constantly let down with each adaption that veers drastically from the original story in the games or becomes too bogged down with emotionless characters and campy action shots. There are many reasons for this, but three reasons stand out on top: format differences between videogames and movies; understanding audience demographics; and most importantly, respect for the source material. 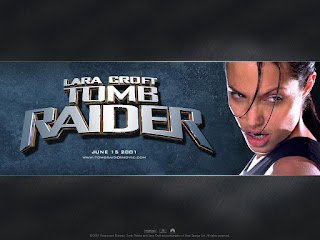 No one doubts there are tremendous differences in the storytelling between videogames and movies. Whereas movies follow a three-act formula that consists of a set chronological timeline, video games follow a nonlinear form of storytelling. There is no set timeline of events; instead, the player simply takes the story where it goes based on the decisions they make during the course of game play. It's what makes the game interactive for the audience. According to film professors, this is why film adaptations of video games fail to impress critics. Since the nonlinear storytelling of video games tends to have so much story material, film writers and directors tend to get in over their heads when trying to mold it into a three-act script format. The only film that came close to impressing critics was Prince of Persia: Sands of Time. Writers of Prince of Persia took the best parts of the game and molded it into a film script. Of course, being able to translate one media platform to another becomes a moot point if the project team doesn't understand who is going to watch it. 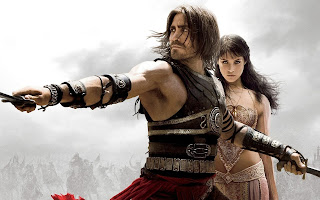 The stereotype many gamers face is that teenagers only play video games and grow out of the phase when they are adults. This however, is just not true. Not only are there more adults playing videos games than teenagers but women are steadily outnumbering teenagers. This means that many of the adult gamers looking for good film adaptations of their games are looking for the story plots they love and characters they can relate to emotionally. Unfortunately, many film producers don't seem to understand the statistics and are producing films adaptations that are filled with campy plots and emotionless characters. While this may suit the kid demographics that watch the adaption, it leaves the adult fans out in the cold. This of course transcends into our third point: respect.

Video game film adaptations are currently facing the same problem that comic book adaptations faced back in the early '90s: film producers not respecting the source material. The material for the story, timeline, and plot are already within reach of film producers, yet for some reason, they refuse to take the video game material seriously. Even with good source material in front of them, many writers in the past have ignored it in favor of the stereotype video games (and gamers) have: they are immature and should be treated as such. Of course, comic books and their film adaptations for years had the same problems with such stereotypes. But because of figures such as Dark Knight's Christopher Nolan and Marvel Studios taking control of their own material and selecting process for writers and producers, they have been able to make comic book film adaptations extremely successful and become a powerhouse film studio. Perhaps because of this turnaround, more film producers are beginning to look at video game films the same way.

As stated earlier, Prince of Persia managed to impress a few critics with its good storytelling and finding the right cast for the job. The tide might turn further with the promise of an Assassin's Creed movie. What makes this project promising is that Ubisoft, the company who created the Assassin's Creed games, took over the reins of the game's film adaption like Marvel did with their comic book movies. The World of Warcraft movie, slated for June 2016, holds a similar promise because the director, Duncan Jones, is a self-admitted fan of the game and would understand and (hopefully) respect the material. Both the games, which have taken on a life of their own thanks to the rise of online gaming and fiber optic internet, have massive built in earning potential, to the tune of $1 billion.

There is no doubt that video game movies have a reputation of bombing out. There are reasons for this long-standing trend though. Formatting differences, stereotypes, and filmmakers ignoring the source material are problems that stand in the way of making these movies great. However, there is a light at tunnel’s end. The Assassin's Creed and World of Warcraft movies, which if successful, might be able to turn the industry into more promising waters. If so, then we may be seeing yet another media platform makes its way to the forefront of movie industry.
Posted by Brett at 11:36 AM