In 1993, I Pitched a Video Game Column to the Fort Worth Star-Telegram 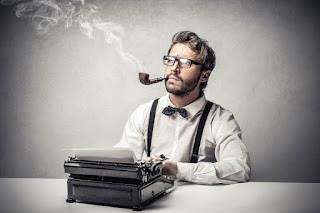 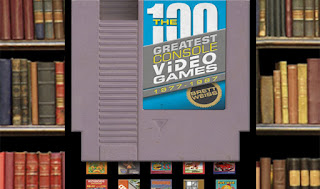 Way back in 1993, I tried (unsuccessfully) to get a gig as a video game columnist for the Fort Worth Star-Telegram, a newspaper I now freelance for. Just for grins, and to give some historical perspective on the industry at the time, I've scanned my query letter, along with a couple of sample columns that I included with the pitch to try and sell myself as a columnist and video game expert.

At this time, the original was still in development, garage sales were stupid with games, the was less than a year old (in the U.S.), FuncoLand sold Stadium Events and Little Samson for super cheap, and the Genesis and were still going strong. My collection consisted of a whopping seven consoles ("snicker") and almost 200 games ("chuckle"). And, my first paid published work was still four years away. For some reason I threw Pong under the bus in the second column, probably to appear hip and current. Enjoy this flashback to my writing past! 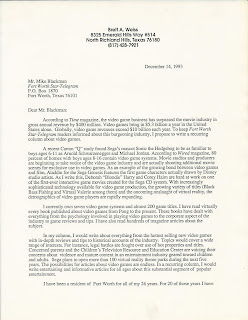 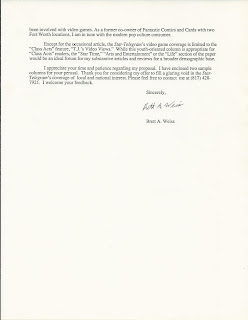 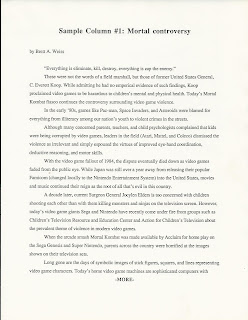 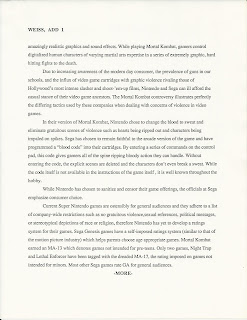 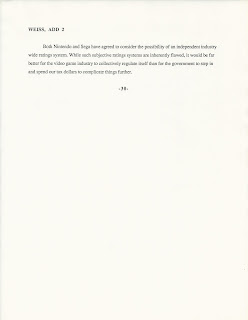 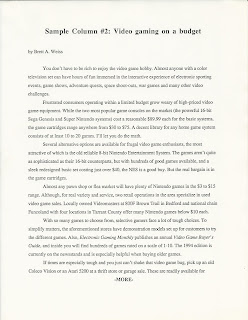 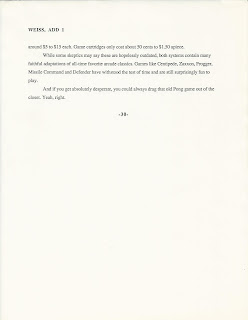