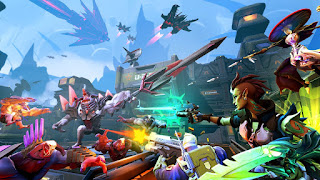 There’s rarely a dull moment in the video game industry, and now is certainly no exception.

Nintendo has announced that they are launching their next console, the Nintendo NX, in March of 2017. Techies eagerly await Sony’s groundbreaking virtual reality system, the PlayStation VR, heading to stores this October.

And rumors abound regarding possible upgrades to the  and the  (you may have heard mention of the “PlayStation 4.5”), consoles that are only about two-and-a-half years old.

Meanwhile, gamers are having a blast with such recently released blockbusters as Doom - PlayStation 4

(PS4), the latter of which many are already calling one of the greatest video games of all time.

Here are nine more tantalizing titles you might enjoy. Two you can pop in and play right now; the rest you can enjoy over the next couple of months to escape the summer heat.

As always, release dates are subject to change. 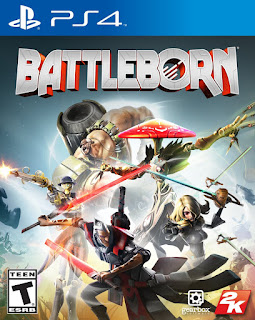 Many gamers are currently knee-deep in Battleborn, a frenetic first-person hero shooter with elements of a MOBA, which, for you noobs, stands for multiplayer online battle arena. If you have yet to take the plunge, know this: the game features a robust lineup of 25 playable, upgradeable characters, each of which has a storyline and distinctive abilities, weapons and techniques. Five of the characters are immediately available. To unlock the others, you must finish story missions, achieve new player ranks or complete an assortment of tasks.

released to mixed reviews, but I like its visual panache and plethora of playable characters. 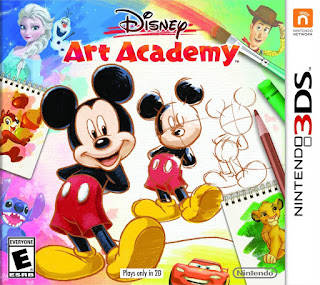 lets budding Botticellis and those of us who can barely draw figures put stylus to screen and illustrate more than 80 Disney and Pixar characters, from Mickey Mouse to Donald Duck to Snow White to Elsa from Frozen

. Step-by-step lessons with tutorials make illustrating easy, and you can select from nine different art tools, including pens, markers and spray cans. New to the “Art Academy” series is a magic brush that lets you add such flourishes as clouds, stars and glitter.

Once you’ve created your 2D masterpiece (there is no 3D option), you can post it directly to the Miiverse or on social media via the 3DS Image Share tool. 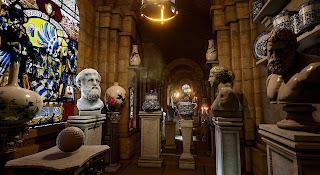 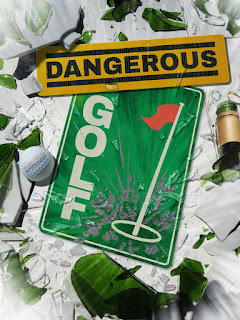 Golf is the most genteel of sports. Players wear slacks and collared shirts while viewers speak in hushed tones, clapping politely when their favorite golfer sinks a long putt. Scratch all of that with Dangerous Golf, a game of destruction the programmers refer to as a cross between Burnout

Up to eight players take turns “golfing” in such indoor locations as a kitchen, a bathroom, a castle and a palace. Instead of just hitting the ball into a flagged hole, gamers also splat food on walls, spill paint on works of art, set fire to gas pumps and smash everything from dishes to microwave ovens to grand pianos and grandfather clocks. Sounds like my kind of golf. 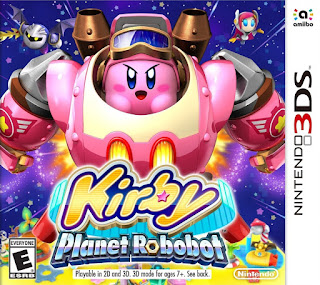 . Invaders have mechanized Dreamland. To battle the baddies, Kirby, who can maneuver in the foreground and background, uses more than 25 copy abilities, including three new ones: Doctor, Poison, and ESP. Better yet, Kirby can now walk, slide, shoot, fly, smash through obstacles and lift heavy objects while wearing Robobot armor, which makes him more powerful than ever.

The game also includes a mode called Team Kirby Clash, which lets up to four players level up their characters (in RPG-like fashion) and cooperate to battle bosses. 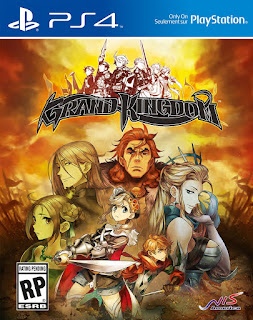 Fans of JRPGs (Japanese role-playing games) should be excited for the U.S. release of Grand Kingdom

, a tactical, squad-based game that launched to largely positive reviews in the Land of the Rising Sun last November. Players lead a team of mercenaries through the fantasy world of Resonail, using bows, swords and magical attacks in turn-based battles against such enemies as dragons, harpies and giant wolves.

The single-player campaign has you trying to unravel the mystery of the collapse of the Uldein Empire while online play lets you participate in continental warfare between the Four Great Nations. 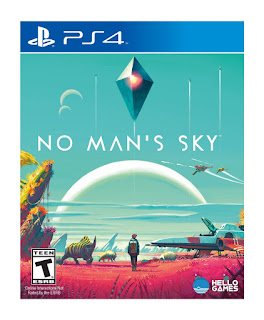 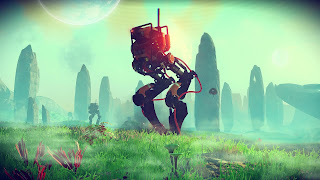 An immersive adventure set in a vast universe, No Man's Sky

looks to be one of the most open-ended electronic experiences we’ve ever seen. Exploration and survival take center stage as you traverse uncharted solar systems, travel to distant planets and suns, catalogue new life forms, search for ancient artifacts, dogfight in outer space, engage in first-person combat and collect resources to trade for ships, space suits and other equipment.

You can play solo or hop online and share your discoveries with other players, “naming them and adding them to the Galactic Map, forever associated with your PSN ID.” This game could literally keep you busy for years. 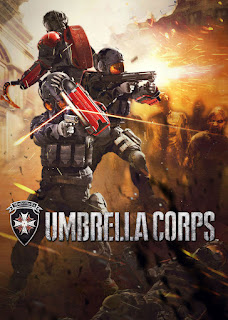 An offshoot of the popular “Resident Evil” series, which began on the original PlayStation 20 years ago, Umbrella Corps takes place in 2015, two years after the storyline from Resident Evil 6

. The game side-steps the survivor horror genre the series popularized in favor of third-person shooter action, not unlike the non-canonical Resident Evil: Operation Raccoon City

As a mercenary with a mission, you, cooperating with fellow mercenaries, compete online to eliminate zombies while battling rival teams. Defeating enemies grants points for use in customizing your mask, helmet, armor and Zombie Jammer, the latter of which helps keep the baddies at bay. You can also unlock and customize weaponry, such as the new, super powerful Doberman Pincer shotgun. 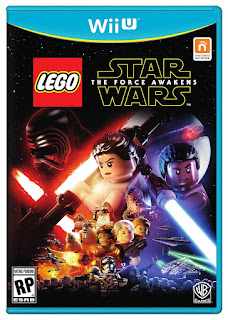 If you’re a diehard “Star Wars” fan, but you’ve dismissed the “LEGO” series as mere kiddie fare, you might want to think twice about skipping this game, which includes playable (not to mention canonical) story content bridging the gap between Return of the Jedi and .

Gameplay is similar to previous “LEGO” titles, with one or two players walking, jumping, solving puzzles, piecing together items and engaging in comical, lighthearted battles. New to the series are Multi-Builds, which let you use LEGO bricks to open up new paths and then break them apart to open more paths, and Blaster Battles, which let you use your surroundings as cover while facing the First Order. 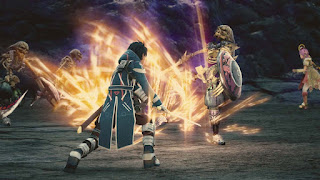 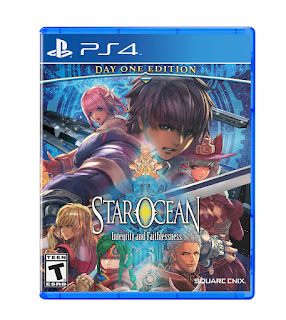 Set between Star Ocean: The Second Story and Star Ocean: Till the End of Time, this is one of those epic, cinematic, all-consuming role-playing games that just may absorb your life, making you forget to shower, shave or interact with actual human beings. It’s action-oriented at its core, however, with players, as swordsman Fidel Camuze, engaging in real-time battles with beasts, bandits and other enemies on the planet of Faykreed, which is 6,000 miles from Earth.

The basic fighting system consists of simple three-button combat (light attack, heavy attack, and guard), but gamers can create weapons and other items and switch between seven controllable characters on the fly, each of whom has a different fighting style. Japanese through-and-through, the anime-style characters were designed by “Street Fighter” veteran Akira Yasuda. 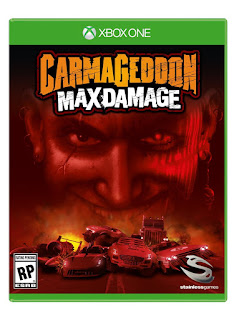 Remember the 1975 Roger Corman-produced cult classic, Death Race 2000? It’s the one where “Machine Gun” Joe Viterbo (Sylvester Stallone) and other racers run over pedestrians for points. With Carmageddon: Max Damage

, the latest title in a series that began in 1997, you can cause similar mayhem while driving down grannies, nuns and cheerleaders, along with pedestrians on bicycles, wheelchairs and mobility scooters. You can even hit such targets as aliens, bears and penguins.

There are more than 30 drivable vehicles to select from in this politically incorrect game, and you can grab more than different 90 power-ups for increased carnage. The action takes place in small battle arenas and across such large open environments as city streets, arid deserts, country trails and icy wastelands, “all packed with juicy meatbags for your killing pleasure.”