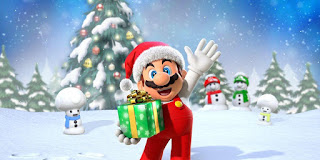 Christmas is coming, and the goose is getting fat. Hopefully your wallet is fat as well because it’s gift-giving time.

There are tons of nifty new pop culture items you could purchase for family and friends, so I’ve narrowed my suggestions down to a few select items that appeal to me—namely books and special collector’s editions of movies, music, and video games. 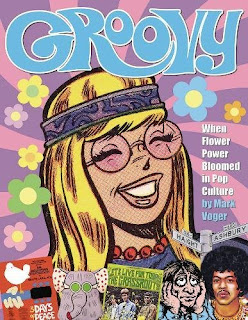 If you read my AntiqueWeek cover stories on Ken Kesey’s “Magic Trip” and the 50th anniversary of the Summer of Love, you may have gathered that I’m fascinated by the Flower Power era, which makes this book a no brainer.

Fully illustrated in color and featuring interviews, history, and more on topics as diverse as The Brady Bunch, The Beatles, Jesus Christ Superstar, and comic book artist Jim Steranko, Groovy is as trippy and as its name implies, taking readers on a psychedelic pop culture romp through a controversial, yet colorful time. 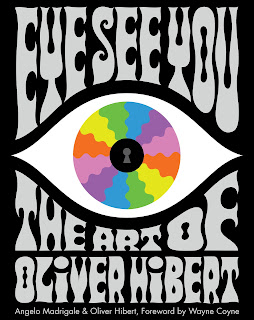 Eye See You: The Art of Oliver Hibert

Speaking of psychedelic, Oliver Hibert was born in 1983, but his outré art, displayed beautifully in this book, is clearly inspired by the cartoonish, counter-culture aesthetic and startling colors of such ’60s stylists as Peter Max and Alton Kelley. 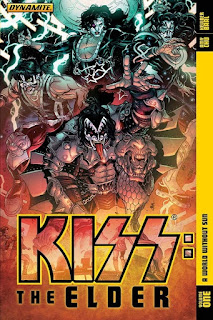 In 1981, KISS released Music from “The Elder”, an artsy fartsy concept album that was far different than any of the iconic rock band’s previous work. It was produced by Bob Ezrin, who also produced Destroyer and Pink Floyd’s landmark concept album, The Wall. The low-selling record, which didn’t even feature the band on the cover, befuddled many fans, but others hailed it as a masterpiece.

In the ensuing years, fans have created fiction, films, and comic books based on the story-driven album, and now Dynamite Entertainment has gotten in on the act, publishing a pair of intriguing, beautifully illustrated graphic novels. Written by Amy Chu with art by Kewber Baal, the books take place in a dark, futuristic world without heroes. Four young friends go on a dangerous mission to uncover the truth about the mysterious Council of Elders and their underground home, the city of Blackwell. 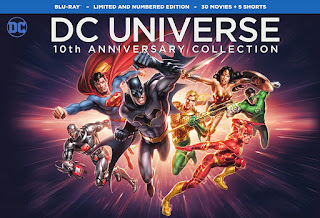 If you’re like me, you’ve probably got a decent collection of live-action movies based on DC Comics superheroes. However, your animated movie library of same may be wanting.

Enter DC Universe 10th Anniversary Collection, a Blu-ray boxed set featuring all 30 animated films, plus 5 animated shorts and a variety of extras, including collectible coins and an adult coloring book. It’s a bit on the pricey side, but there’s a lot of good stuff here, including my favorite Batman movie of all time (animated or otherwise): Batman and Harley Quinn. 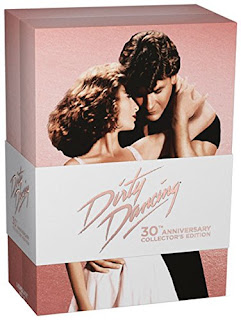 No, I’m not a big fan of Dirty Dancing, the romantic film starring the late Patrick Swayze and Jennifer Grey. It’s not that it’s a bad movie, but I’m probably not the target audience. However, I do have a number of females on my shopping list, so grabbing a few of these babies (“Nobody puts Baby in a corner”) would probably be a good idea.

This Blu-ray set is loaded down with features and memorabilia, including documentaries, interviews, dance step cards, a mini theatrical one-sheet, Kellerman's cottage room keychain for Baby's room, and a 108-page shooting script. 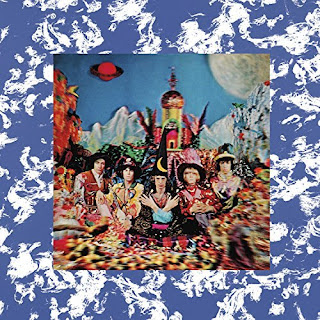 Everyone knows about the 50th anniversary set of The Beatles’ Sgt. Pepper's Lonely Hearts Club Band, so I won’t discuss that here. Rather, I’ll go with a re-release of a more obscure album from 1967: The Rolling Stones’ Their Satanic Majesties Request, which veered from the band’s blues and R&B roots in favor of a psychedelic sound.

This four-disc set includes mono and stereo mixes on vinyl and hybrid SACD (Super Audio CD), along with a recreation of the original 3D cover and a 20-page booklet featuring photos from the original cover shoot. 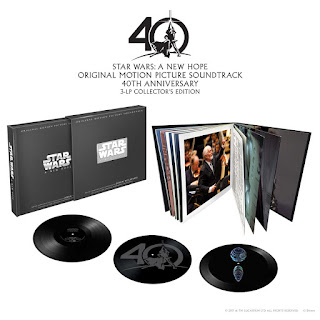 Even back when the world called the first Star Wars movie by its two-word name without adding “Episode IV” or “A New Hope,” I knew John Williams’ film score was special. From the opening credits to the destruction of the Death Star, the music is as key to the excitement of the action as the lightsabers, blasters, and TIE fighters.

The music in this set is pressed on three bound and sleeved LPs on 180g vinyl, certain sides of which are etched with 3D holograms: one of the Death Star, one of the Star Wars 40th Anniversary logo.  The records are packaged with a 48-page hardcover book featuring images of recording sessions, film scenes, and conceptual art.

Short of an actual movie prop, I can’t imagine a better gift for the Star Wars fan in your life. 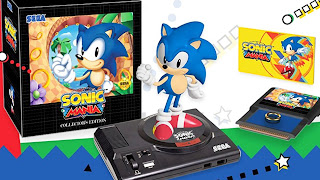 If you grew up during the 1990s and played a lot of video games, you were probably a Nintendo or Sega kid. I was both (big surprise there), enjoying both the slower, more exploratory pace of Mario and the speedy thrills of Sonic, who dashed, zipped, and looped through levels with reckless abandon. (Okay, I wasn’t exactly a kid during the ’90s, but I was a kid at heart.)

Sonic Mania recaptures the excitement of the original Sonic the Hedgehog titles on the Sega Genesis, but features new zones, new hidden paths, new secret areas, and new abilities, such as Sonic’s new Drop Dash. This collector’s edition of the game is super cool, particularly the Sonic statue featuring a Genesis-style base for him to stand on. 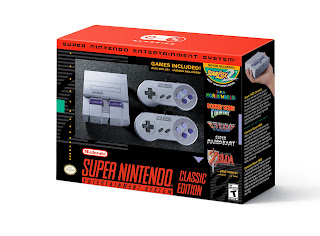 The follow-up to last year’s hottest retro gaming device, the NES Classic Edition, this plug-and-play console features 21 built-in games, including such classics as Donkey Kong Country, Super Mario World, Super Metroid, and The Legend of Zelda: A Link to the Past. Expensive, hard-to-find role-playing games are part of the package as well, including EarthBound and Final Fantasy III.

No cartridges are necessary, and you even get a previously unreleased title, Star Fox 2, which was programmed during the 1990s, but never officially offered at the retail level. One caveat: you may have to go to several stores to find a Super Nintendo Classic Edition as they are selling out about as fast as retailers can stock them.

For supreme comfort while you play video games, there is a list of the best chairs for gaming found on officeworthylist.com.
Posted by Brett at 1:59 PM