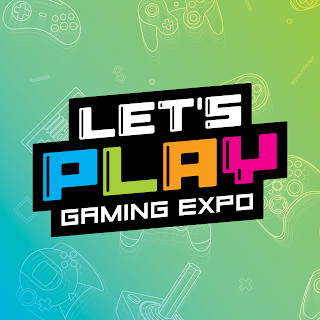 The Let’sPlay Gaming Expo, one of the most interactive video game conventions in the country, is returning to Dallas/Fort Worth for an action-packed weekend of alien invading, dot munching, and pixel blasting. The annual, all-ages event will be held August 9-11 at the Irving Convention Center at Las Colinas. 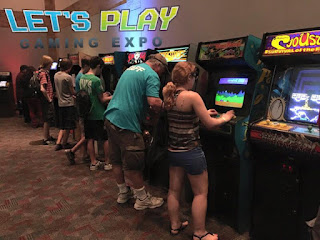 If you’ve never been to Let’s Play, here’s the deal: you can get your game on with console and arcade games all weekend long, leaving your quarters at home as all games are set on free play, including such classics as Pac-Man, Q*bert, and Space Invaders. Convention organizers team with some of the premiere collectors in Texas, so there will be rarities to you can check out as well. If you haven’t played the Atari 2600, ColecoVision, or Nintendo NES in decades, the console area will send you back in time to your childhood. 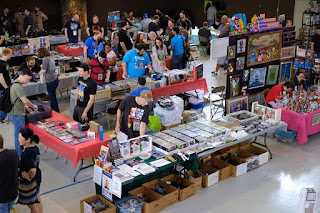 It’s all about having fun, whether you’re a seasoned joystick jockey, a NOOB who wants to see what gaming was like in the old days, or a pop culture fan who enjoys getting their geek on. Tournaments will be held throughout the weekend, meaning you can test your mettle against other gamers. Most tournaments are free with admission, but you will need to pony up $10 to take part in the Southern Regional Qualifier for the Classic Tetris World Championship, which will be held at the Portland Retro Gaming Expo in Oregon.

If you’re looking to add to your collection, Let’s Play features a sprawling vendor’s area with more than 85 booths filled to the brim with cartridges, consoles, and collectables. You’ll be able to purchase boxed rarities, complete game systems, toys and related items, and much more. 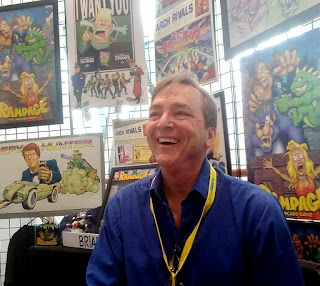 No world class video game con is complete without special guests, and in this respect Let’s Play delivers. The featured guest speaker is Brian F. Colin, who designed and created the art for Rampage, the 1986 coin-op classic from Bally/Midway. The game, which featured giant, Godzilla-type monsters crushing buildings, was made into a feature film last year starring Dwayne “The Rock” Johnson. 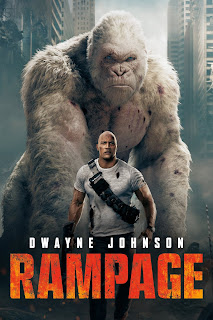 Much to his delight, Colin, who lives just outside of Chicago, was invited to the set during the production of the movie, part of which was filmed in Chicago. “Someone from the Chicago casting company called me and said they’d love to have me down since I created Rampage,” he says. “I was an extra running through the streets of Chicago a couple of weekends, and then someone called me over and said, ‘Hey, this is the second unit director and the assistant director, would you like to do a cameo?’, and I said ‘Sure.’ I spent an entire afternoon running away from an imaginary building, running behind cars, cameras mounted on huge trains. It was fun and wonderful, but exhausting—It was 90 degrees, and I thought I was gonna have a heart attack.” [Laughs]

Colin received praise for his effort, with some of the other extras saying he did a good job and that he “really looked scared.”

A couple of weeks later, Colin got a call from the John Rickard, who produced the film. He invited Colin out to Hollywood for the final week of shooting. 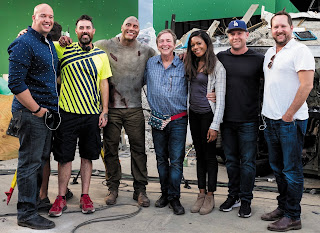 “I got to hang out and meet The Rock,” he says. “He was as nice as everybody says he is. He was in the middle of filming one of the final scenes of the movie while I was taking pictures with the producers. He was like, ‘Stop, stop I’ve got to be a part of this.’ He came down, and I found out later he was a big fan of Rampage as a child, so I’m geeking out over him, and he’s geeking out over me. It was a wonderful, wonderful experience. I was treated like royalty and got to go to the premiere.”

Sadly, as so often happens in Hollywood, Colin’s scenes were cut from the film, which he discovered while watching the premiere. He was disappointed, of course, but far from bitter.

“I loved the movie,” he says “I knew it wasn’t going to be my slapstick game, but I thought they did a really nice job.”

Unlike many people in the video game industry, Colin didn’t grow up a gamer. In fact, he barely gave them much thought and was a casual gamer at best.

“I’m a little bit older than most, so video games for me were the original Magnavox Odyssey, which my dad got us for Christmas in the early ’70s” he says. “The fact that you could put a green static cling gel over the screen to get color was the advancement of technology. I was an artist. I was a filmmaker. I went to school for film, and I never really connected with video games. Nothing drew me to video games at all growing up other than, ‘Hey, this is fun, this is interesting.’”

Colin says he “backed into” the video game industry when in 1982 he answered a classified ad for an artist from the Bally/Midway company. He thought they were looking for someone to paint pictures on pinball machines.

“I went in expecting to be interviewed for a job as a pinball back-glass artist,” he says “The gentleman who interviewed me, George Gomez, was the heart and soul of Bally/Midway’s new in-house development group. He told me they wanted me to do art for video games, that they need someone who understands the principals of animation because they want this stuff to look better.”

Colin says that he was “crushed,” but that he “kept a smile plastered on my face the whole interview.” The pay was good, so he reluctantly accepted the job, which he ended up loving. 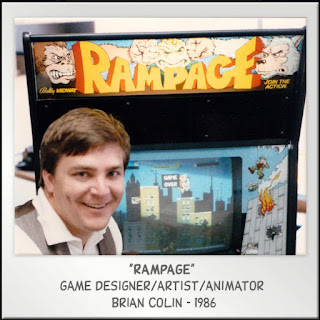 “I started by working with a programmer named Bob Dinnerman on Discs of Tron,” he says. “I fell in love. I thought, ‘There is so much I can do with this. There are so many ways to push this industry.’ The restrictions on 16 colors and the pixels…the challenge grabbed me completely, totally engaged me. I did a complete 180. I was in love with making games and coming up with things that hadn’t been done before. I stumbled into this industry at exactly the right time.”

Colin proceeded to work on and have a hand in creating such arcade classics as Rampage, Arch Rivals, and Rampage: World Tour (a sequel to Rampage), as well as General Chaos for the Sega Genesis. He did the art for numerous other games as well, and today he’s the CEO of Game Refuge Inc., a company he co-founded in 1992 with Jeff Nauman. Game Refuge creates games for arcades, consoles, casinos, computers, touchscreen countertop machines, mobile devices, and Facebook.

Colin is looking forward to coming out to Let’s Play and meeting and greeting fans. 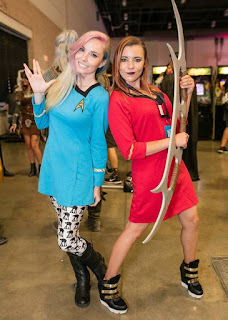 “Some of the nicest fans and collectors are in Texas,” he says. “I don’t think I get embraced anywhere as much as I do in Texas. They are so welcoming, and they tell me great places to go after the show.”

Colin has appeared at numerous trade shows around the country, but he didn’t even know about video game conventions until a few years ago when Doc Mack, owner of the Galloping Ghost Arcade near Chicago, turned him onto them.

“I went with him to a couple of shows, and then I started getting invited,” he says. “It blew me away. It’s incredibly flattering that people remember my games, and they share their stories about how this was the game they played, this was the one I played with my brother…The stories are wonderful, but some of them will break your heart. ‘This was the game I played with my friend in the seventh grade before he died.’ I’m thrilled and humbled at the same time.” 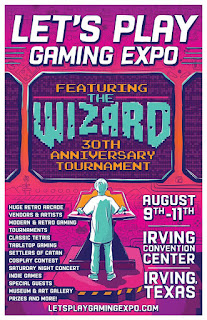