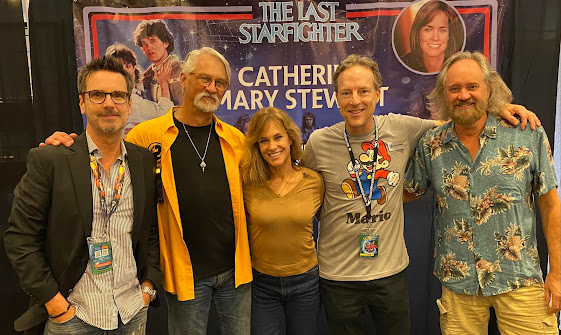 I'm so excited for convention season!

I'm sure I'll be doing several more. If you're a gaming/pop culture convention promoter and would like me to come to your event as a guest author/YouTuber, feel free to give me a shout, and I'm sure we can work something out. Thanks!

Here's my updated bio: National columnist Brett Weiss has been a gamer since 1975 and a professional gaming writer since 1997. He’s the author of 13 books, including The NES Omnibus Vol. 1 and 2, The SNES Omnibus Vol. 1 and 2, The 100 Greatest Console Video Games: 1977-1987, and his latest, The 100 Greatest Console Video Games:1988-1998. With his Classic Home Video Games series, he wrote the world’s first complete guides to numerous video game consoles, including the Atari 5200, Atari 7800, ColecoVision, Intellivision, Vectrex, Odyssey2, Nintendo Entertainment System, Sega Master System, Neo Geo, TurboGrafx-16, and Sega Genesis. He also wrote the world’s first and only encyclopedia about the rock band KISS.

A frequent guest at video game and pop culture conventions around the country, Weiss appeared in the 2021 documentary “Playing With Power: The Nintendo Story,” and he was in The History Channel’s Nintendo episode of “The Toys That Built America: Snack Sized.” He’s written for countless publications, including Game Informer, Fangoria, Filmfax, Robot Magazine, The Writer, Mystery Scene, The Comics Buyer’s Guide, Alter Ego, Back Issue, AntiqueWeek, Video Game Collector, Video Game Trader, Classic Gamer Magazine, Game Room, The Pingame Journal, and Old School Gamer Magazine. He’s also worked for AtGames and Opcode Games as a consultant, editor, and writer, and he’s the host of the YouTube show, Tales from a Retro Gamer.