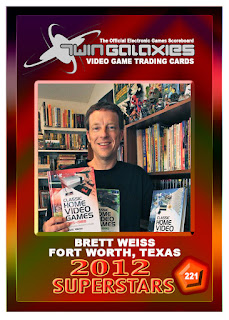 Hello, I was your family's Cracker Barrel waitress tonight. Thank you for directing me to this blog, and I have a question for you...I have recently gotten into reading graphic novels...particularyly Stephen Kings "Captain Tripps" "Gunslinger Born" also "The Watchmen" Do you have any suggestions on others I may like to pick up? Keep up the good work.

Thanks for checking out the blog!