Memoirs of a Virtual Caveman 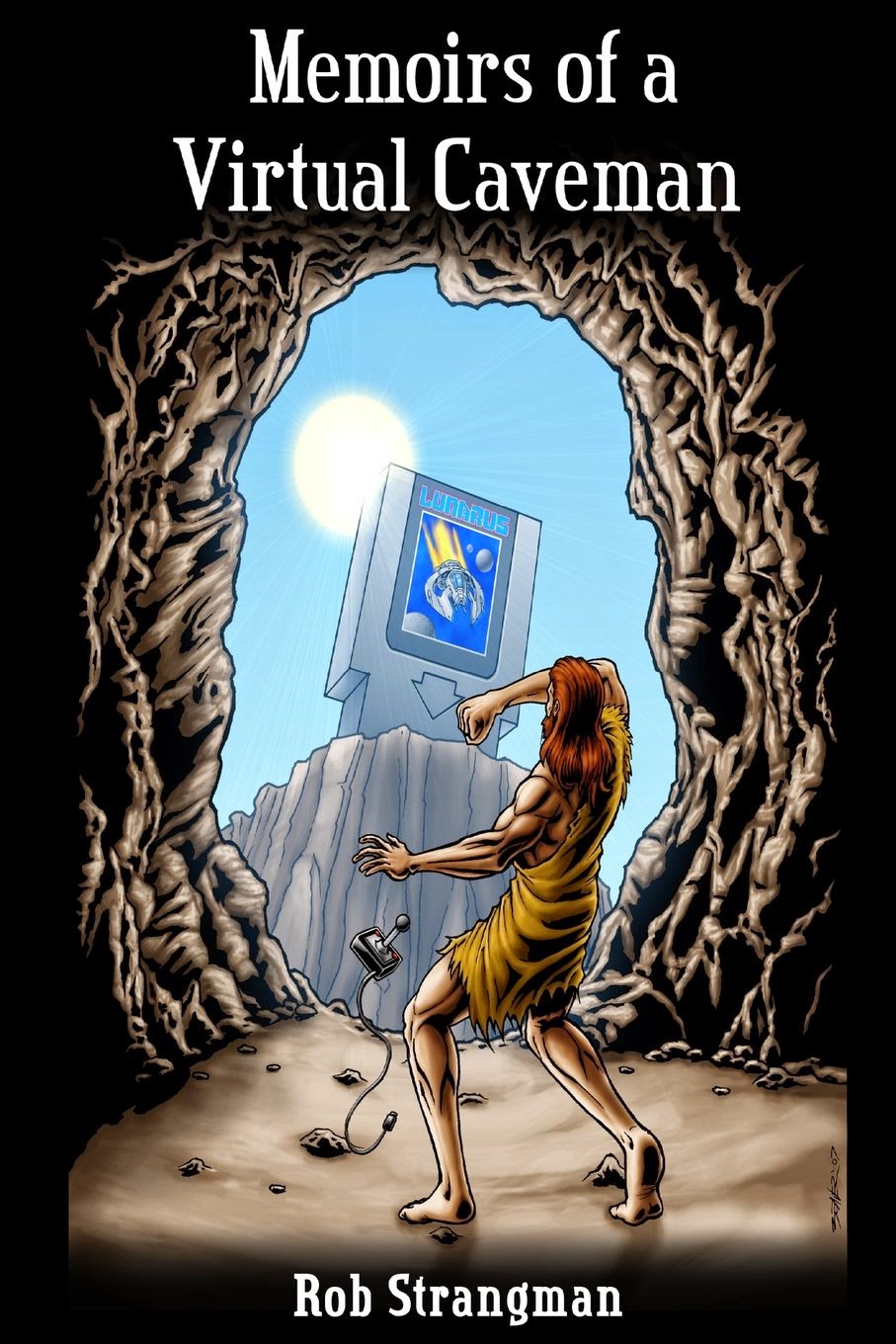 There's a new video game book available on Amazon called Memoirs of a Virtual Caveman. Compiled and edited by longtime gamer Rob Strangman, the book features personal stories by Strangman and a number of other writers and industry veterans, including myself--I've got two chapters in the book: "Asteroids and Me" and "Gotta Get Me a ColecoVision."

Rather than review Memoirs of a Virtual Caveman, I decided, with Rob and Cat DeSpira's permission, to reprint my favorite story from the book and let it speak for itself. Without further adieu, here's that story:

Shooting Quarters with Bigfoot: Summer of the Space Invaders
by Cat DeSpira 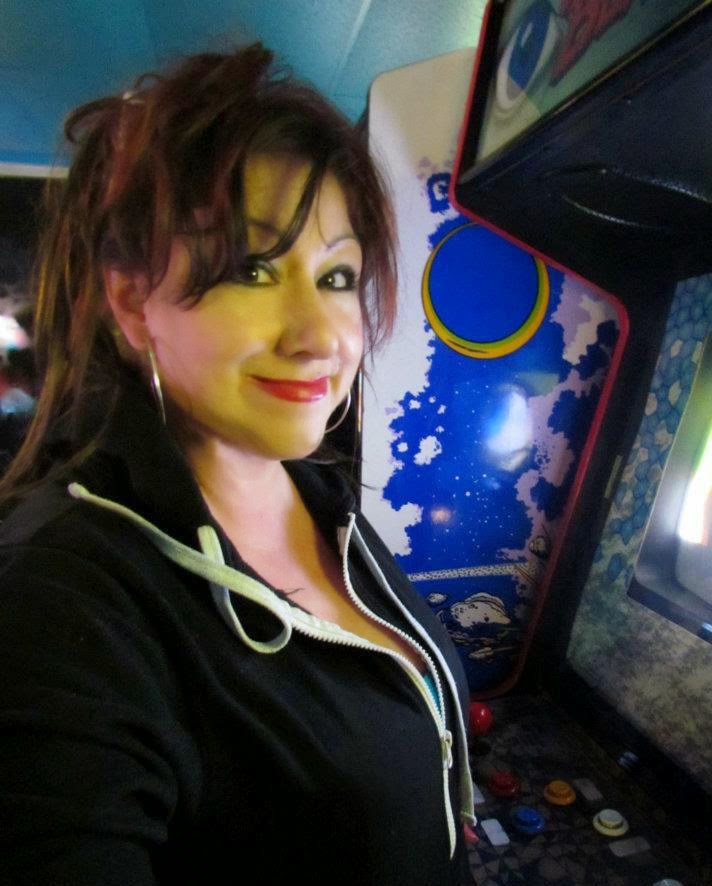 It was late summer, 1978, on a very hot day in a small desert Arizona town. My sister Stephania and I, having just received our allowance, were riding our horses down through the canyon, in search of Cokes and a basket of fries. The same as the summer before… and the summer before. Life in the 1970s didn’t change much year to year. It was an insufferable constant continuation of everything banal and bland that the vibrant '60s had rejected.

Riding our bikes that day was out of the question. We knew from experience that once we left the cool expanse of our tree-lined street, the asphalt would have been at least 160 degrees, making the probability of suffering a flat tire inevitable.
Back in those days, bars in the area allowed children onto the premises unaccompanied by an adult as long as they sat towards the front of the place and behaved themselves. Such a strange concept now, but in a town where there wouldn’t be a shopping mall until 1984, where the summer months hovered consistently at a scorching 112°F, there was no other place for a child to go other than the movie theater, notorious for showing the same old and outdated matinees over and over for weeks on end.
So we often patronized the bar, a place whose name now escapes me, and spent many afternoons eating hand-cut fries and sipping ice cold Cokes, talking about our childhood obsessions: aliens from Outer Space, Big Foot and The Bay City Rollers. But we were also escaping. Our parents were having “marital problems,” were on the brink of divorce, and although they would end up working things out, we were terrified at the time they would not, and we would be split up. One of us in California, the other in Oregon.
Occasionally we’d play a game or two of Foosball or one of the electromechanical shooting games. But for 8 and 11 year-old girls, those games were really not that amusing. In fact, we only played them because we were desperate for entertainment, in a town that hadn’t yet realized the 1950s had ended long ago, and that the space age had already arrived.
On that particular day, after our fries had arrived my sister, Stephania, suddenly stopped talking mid-sentence and pointed out something seemingly shocking just beyond my shoulder in the distance, where a cigarette machine had been before.    “Look,” she said, her eyes wide with excitement. “That game has Bigfoot on it!”
Ever since we’d seen the movies, The Legend of Boggy Creek and Chariots of The Gods, we had become stark raving Bigfoot and extraterrestrial fans, convinced they were out there, roaming the desert, looking for a place to plan their take-over of The Human Race. Even though we lived at least 400 miles from anything even remotely resembling a forest, we held steadfast to our belief that Bigfoot could be anywhere, at any time, lumbering out of the shadows, huge, scary and marvelously cool.
Upon inspection we realized straight away that it was not a game like anything we’d ever seen before but something entirely different. Having cut our gaming teeth on Pong and Boot Hill, with the differentiating factors between the two games being, one was boring and the other even more so, this one had the image of space aliens marching in formation across a lunar surface, like Roman soldiers advancing in attack.. And—as an added bonus—a creature on the side that looked suspiciously like Bigfoot.
We were sold.
"Space Invaders,” I read off the machine. “Let’s play it!”
That afternoon passed in a moment completely absolved from the pressure of Time.
The fries grew cold.
The ice cubes in the Cokes melted back into the water they came from.
Our entire allowance, changed into quarters, quickly disappeared.
That we were losing money at such a rapid rate never occurred to us. It never so much as even disappointed us. The first quarter went in a matter of under a minute. The next, the same. Over and over we put those quarters in, and each and every time we died our thrill heightened and our determination grew. Once it turned us on it could not turn us off. 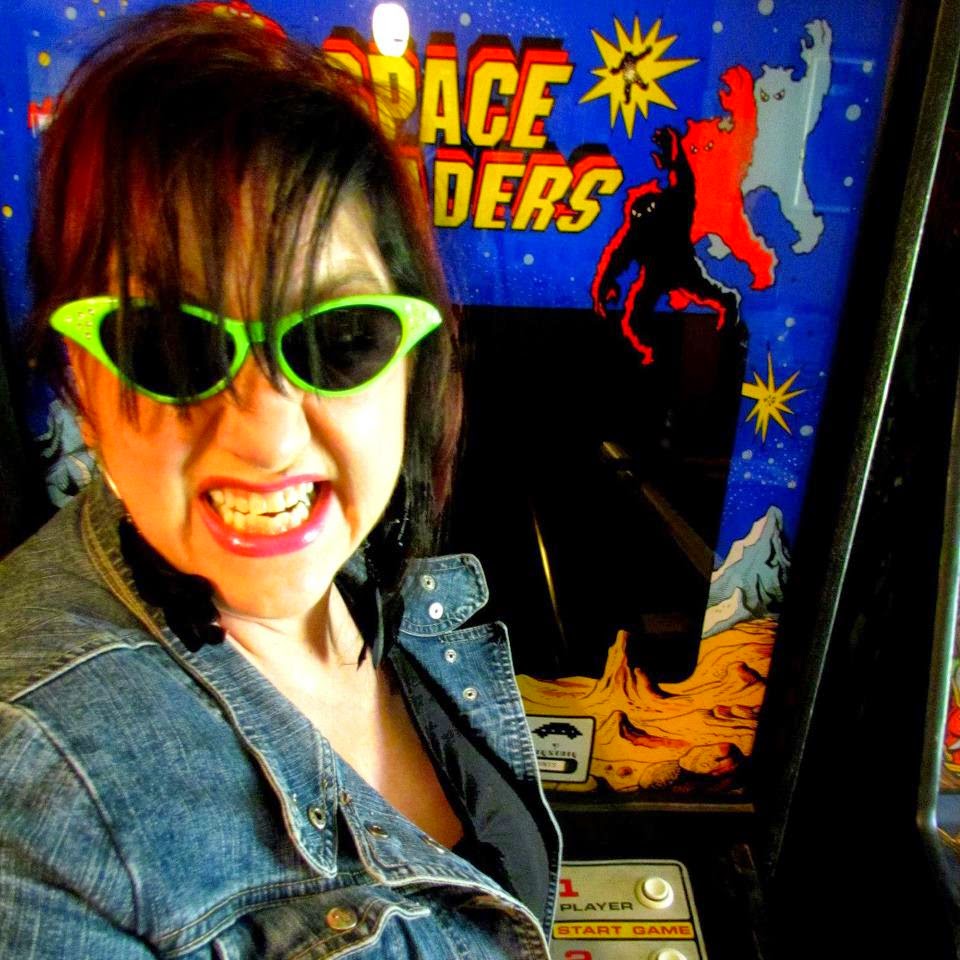 Going home that day, allowance totally spent and worries of Mom finding out how we spent it didn't occupy our thoughts as much as how we were going to get more quarters to play it. Besides, I had a pile of new horror comics, unread and still in a bag under my bed, given to me by a kid whose mom had made him give them away because she didn’t want him reading that “filth.” My mother didn’t mind it. So we had an alibi. We spent the money on “comic books.” Mom wouldn’t be happy. But, at least, we’d have something to show for it.
Later the next day, while we were sitting on our sidewalk under the shade of an enormous tree, reading Halls of Horror comic books, we hatched a brilliant plan to get more money to play Space Invaders.
“We can catch grasshoppers and sell them,” I said. “The feed store buys them for a penny a piece.”
Armed with large coffee cans with tin-foil on top, we took to the sun-scorched open fields, dodging scorpions and centipedes in search of our cargo. Finding a field swarming with copper-colored grass hoppers, we’d bend under the blazing sun, scooping them up in our hands, like a miner panning for gold. By the end of the day our hands would be stained brown with the tobacco-spit of the leaping, squirming creatures, a stinking, greasy substance that only Ajax could remove. Netting about 200 grasshoppers a day we managed to earn our allowance back in less than a week and then some. We never knew why the feed store bought the grasshoppers. And we didn’t care. We only cared about getting money to play Space Invaders.
But as luck would have it, after a month of this, Space Invaders just up and disappeared one day without warning, and another game appeared in its place. A driving game. Space Invaders had been sent to a country-and-western bar across town. We were crushed. We had labored so hard for the money to just to stand in its presence. We felt cheated.
Looking where Space Invaders had once been, where we had spent what we felt at the time was the most enjoyable moment of our dreary lives bonding in sisterhood, it felt like the wind had been knocked out us. It had been the only color of life in our desert, solace from an unhappy home. Stephania wept. Then I did. We tried to play the driving game but it didn’t make us feel like Space Invaders did. Children have specific loves. That love, once ignited and attached, is never replaced.
It’s been almost thirty-six years since that day and I can still remember the first time I heard the heartbeat-pulse of that machine, and how my young body seemed to groove with it in play, as if learning the first moves to a complicated dance. That day ushered in a new awakening in my life and, in the following year, would lead me to a newly opened arcade in town, its flashing lights, strange digital sounds, and glowing black light carpets continued to give me something to “dance to”. As the video craze erupted and the world we once knew vanished in a sudden burst of rainbow light and electronic sound, we would spend every moment we could popping quarters into games stacked ten-deep, row upon row, their attract modes and marquees beckoning through back-lighted comic book colors, “…play me ...play me ...play me.”
We did.
To this day, we refer to that period as “The Summer of The Space Invaders.” Like a bee encased in amber, wings arrested in the speed of flight, that memory still holds us together today, a lifetime away.
On her 40th birthday, Stephania had an “Invader” tattooed above her heart.
It’s the only tattoo she has.
***
Written by Cat DeSpira. This excerpt from the book Memoirs of a Virtual Caveman is © 2015 SCAR Productions. Please do not distribute without the author's permission. Direct all inquiries to Rob Strangman at gradiusone@yahoo.com.