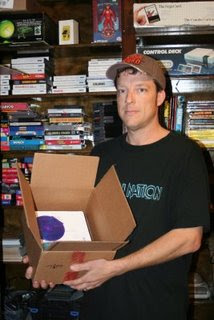 I put the manuscript for Classic Home Video Games Vol. 2 in the mail on Tuesday, which means the book should be out sometime in late 2009, maybe as early as the fall. 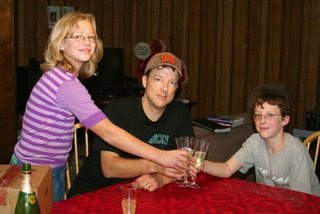 My kids helped me celebrate the occasion.

The book includes descriptions/reviews of every U.S.-released game for the Atari 7800(updated/revised/expanded from Vol. 1), the NES, and the Sega Master System. The entries are longer than those in Vol. 1, with most falling between 125-185 words. When possible, I compared the games to their arcade, computer, and other-console counterparts, and plenty of historical data is included as well.

The book also includes an introduction by Bill "The Game Doctor" Kunkel, which I'm really excited about. As a teenager, I eagerly devoured every issue of Electronic Games Magazine, which Bill co-founded, and I'm honored that he wrote the intro.

One of the pleasures of writing the book was discovering certain titles that I had never played before, such as the surprisingly enjoyable The Ninja for the Master System and the delightful Kiwi Kraze for the NES. And it was fun to revisit old favorites, such as Contra, Mario Bros., and Popeye. And of, course, there were drawbacks as well, such as trudging through such dreck as Hydlide and Wolverine for the NES and the "great" series of sports titles for the Master System.

As soon as I get more info (release date, cover scan, etc.,), I'll post it here.

Thanks to those of you who purchased Vol. 1, helping make a second volume possible. 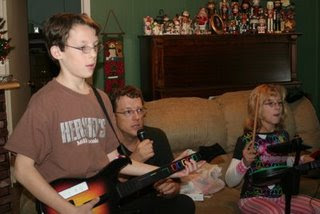 Now that I'm finished with the book (at least until the proofs arrive), I should have plenty of time to play Guitar Hero World Tour... 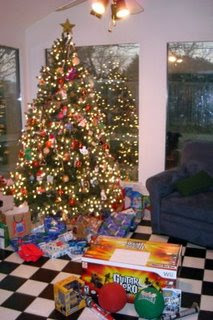 ...which Santa was kind enough to put under (make that beside) the Christmas tree.
Posted by Brett at 1:15 AM