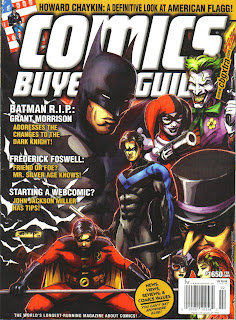 With the end-of-the-year deadline for Classic Home Video Games Vol. 2 looming large, I haven't had time to do much other writing, but I did manage to squeeze in a review of The Stand: Captain Trips #1 for CBG. I've been a huge Stephen King fan since I was a teenager, so I couldn't pass up the opportunity to review this comic book that is based on what I think is his best novel.

Despite its disappointing ending, which contains one whopper of a deus ex machina, The Stand is Stephen King’s greatest novel. It’s also one of King’s most popular books, thanks in part to a cast of fully realized characters, from lovable Frannie Goldsmith to everyman Stu Redman to rock star Larry Underwood. Thanks also goes to King’s deft descriptions of a post-apocalyptic landscape, including a harrowing journey through a nightmarishly cluttered Lincoln Tunnel.

But we’re getting ahead of ourselves. Issue #1 (of 5) of Marvel’s adaptation of The Stand does indeed introduce the aforementioned trio, but it’s too early to talk post-apocalypse. What we do have is set-up and impending doom, including an expanded (in terms of emotional impact) scene of the car ramming into Bill Hapscomb’s Texaco, which dramatically portrays the effects of the virus that kills almost as quickly as it spreads.

Aguirre-Sacasa’s script does a commendable job keeping the essentials (Frannie’s pregnancy) while leaving out the non-essentials (Frannie biting her tongue), and Perkins’ realistic style is an excellent fit for the story’s dead serious tone. 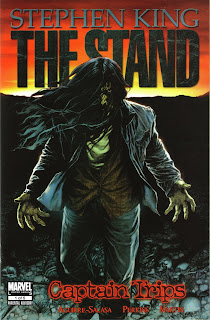 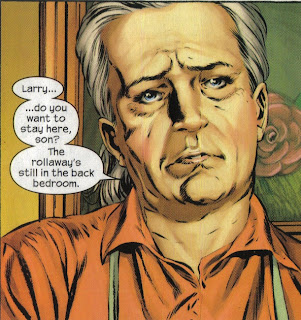