I'll have a booth at Dallas Comic Con this weekend. I'll be selling comics, DVDs, video games, magazines, and more. Hope to see you (and Adam West) there! 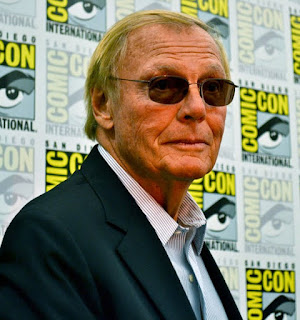 IRVING, TX—On May 19-20 at the Dallas Comic Con, Stan Lee, Patrick Stewart, Adam West, Burt Ward, David Prowse (Darth Vader), and other sci-fi and super-hero icons will invade the sparkling new Irving Convention Center, which sits halfway between Dallas and Fort Worth. However, instead of phasers, Batarangs, or other futuristic weaponry, they’ll be wielding smiles, handshakes, photo-ops, and, of course, autographs.

In addition to hobnobbing with hotshots, DCC attendees can browse the expansive vendor’s room, which will boast more than 250 exhibitor spaces. As the name of the event implies, thousands of comic books will be for sale, but the show also promises vintage model kits, old paperbacks, antique toys, VHS tapes, and any number of other classic collectibles. Modern fare will be offered as well, including action figures, Hot Wheels, T-shirts, DVDs, glassware, and CD soundtracks.

The Dallas Comic Con dates back to 1994, when founder and producer Ben Stevens opened the DFW Toy Show in a small hotel in Dallas. Since then, the con has grown to be the premier event of its type in Texas. It’s not as big or as well-known as Comic-Con International: San Diego (what pop culture convention is?), but, with its move to the prestigious Irving Convention Center in May of 2011, it’s becoming a major player in the sci-fi and super-hero circuit.