My article on collecting classic arcade games appeared in AntiqueWeek last year some time. Here it is, reprinted for your enjoyment (I hope you enjoy it, that is...):

Also prevalent are ticket redemption games, which typically offer a brief, mildly entertaining challenge (such as the skillful timing of a single button press) and, if the player is successful, a string of tickets to redeem at a prize counter. Ticket redemption games usually lack substance, (though there are some exceptions, such as skee ball), and their prizes are cheaply produced and/or way too expensive (anything of value typically costs hundreds or thousands of tickets). Most old-school arcade purists resent the ubiquitous nature of ticket redemption games, but kids seem to love their slot machine-like qualities.

Arcades today are much different than those of the 1970s and early ’80s, an era that many experts refer to as the “Golden Age” of video games, a time when such simplistic (but addictive, challenging, and fun) games as Centipede, Defender, Donkey Kong, Ms. Pac-Man, and Galaga captured the public’s hearts, minds, and quarters. These games, with their compelling, twitch-based gameplay, were easy to learn, but tough to master: fast reflexes and laser-focused concentration were absolutely crucial for making your quarter last longer than a few seconds. 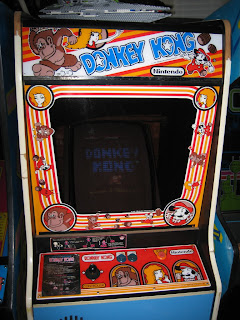 Depending on the venue, many arcades also had pinball machines, pool tables, and/or other diversions, and loud rock music would frequently reverberate throughout from hidden speakers. Most arcades were darkly lit, and oftentimes people could smoke, giving the hangouts a speakeasy-for-teens type of vibe. Modern arcades may be cleaner and more family friendly, but Golden Age arcades had more character and atmosphere, not to mention better (if technologically inferior) games.

The first commercially released arcade video game was Nolan Bushnell’s Computer Space (1971), a game obviously patterned after Steve Russell’s Space War!, which was one of the earliest digital computer games. The first commercially successful arcade video game was the tennis-like Pong (1972), which was the brainchild of Bushnell, who probably got the idea for the game from Ralph Baer’s Magnavox Odyssey home game console. The Odyssey offered several variations on the type of video tennis formula pioneered by Baer, but popularized by Pong.

Produced by Japanese developer Taito, Space Invaders, which was the first shooter of its type (it created the “slide-and-shoot” subgenre), was licensed by Bally/Midway for distribution in the United States. The game was such a sensation in Japan that it caused a nationwide shortage of the 100-yen coin used to play the game.

In America, more than 60,000 Space Invaders cabinets were sold during its first year in production. It was the chief catalyst of the video game craze of the era, in which thousands of arcades popped up all over the country. In addition to arcades, coin-op games began showing up in a variety of unconventional establishments, from Laundromats to supermarkets to convenience stores to the lobbies of pro sports venues. 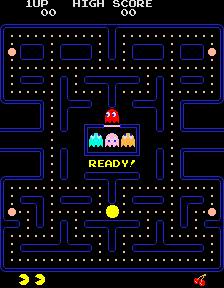 Darren Sulfridge of Plano, Texas, who grew up playing video games during the Golden Age, has a soft spot for the era. “I really miss the old style arcades,” Sulfridge said. “The new ones are fun, but all they ever seem to have are the big simulators and shooting games. Add to that the fact that the arcades are no longer the social spot they used to be, and it's not anywhere near the same experience.”

Not content to simply wax nostalgic about the arcades of his youth, Sulfridge has tried with some measure of success to simulate the experience in his home by outfitting his game room with coin-op classics. In addition to a modern pinball machine (South Park), Sulfridge has the following vintage arcade games in his collection: Millipede/Centipede, Warlords, Asteroids, Blasteroids, Galaga, Gauntlet, Sinistar, Ataxx, Tron, Ms. Pac-Man, Moon Patrol, Donkey Kong, Phoenix, Tempest, Mortal Kombat 4, Smash TV, Neo Geo 1-Slot, Joust, and Star Wars. 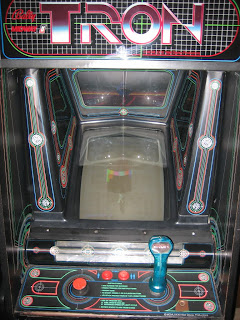 Clearly, Sulfridge prefers the classics. “Modern games can be fun, but they really don't have the same variety as the older games and exist solely to suck as much money out of you as they can,” Sulfridge said. “You can essentially credit-feed through any one of them to beat the game. The older games required skill, and the best players could go almost indefinitely.”

Sulfridge’s favorite arcade game of all time is Star Wars, which Atari released in 1983. “Every kid wanted to fly an X-Wing, and this was the closest you could get in the 80's,” he said. “It has to be the cockpit version, though, as it's much more immersive [than the upright model]. The gameplay stands out to me as something that you can play for a few minutes or a few hours and, either way, you feel like you have accomplished something. The voice effects in Star Wars are amazing as well.”

Like many collectors, Sulfridge enjoys sharing his collection with family and friends. “It's a lot of fun to be able to recreate the classic arcade feel whenever we have a party,” Sulfridge said. “The look on people's faces is priceless! I've learned that everybody has ‘their game.’ That is to say, the one game that they specifically remember and want to play again. As soon as they see the arcade room, they start asking about their game and if I have it. Past that, folks just tend to play what's there and seem to enjoy them.” 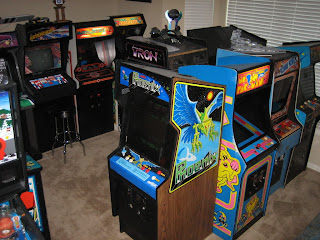 Obviously, having a game room in your house outfitted with actual arcade games is a lot of fun. However, it’s not always an easy hobby to maintain. “There is never enough space [to display all the games you own],” Sulfridge said, “and most houses aren’t built with enough circuits in a single room to power 15-plus games at the same time.”
Transportation and maintenance are also concerns. “Finding enough friends to help move games and having a way to transport them can be problematic,” Sulfridge said. “I never owned a truck until I started actively buying games and, since then, I’ve always had one. A lot of people worry about the actual repairs of the games, but as I learned more about what made them tick, I became fascinated with the idea of repairing them. If you can work a soldering iron and have some basic trouble shooting skills, they are really pretty easy to keep working.”

In his book, Invading Spaces: A Beginner’s Guide to Collecting Arcade Games, author Rob O’Hara, who at the time owned more than 25 coin-op games, expounds at length about the challenges involved with creating and maintaining a home arcade, half-jokingly calling it a “dumb” pastime and “the most ridiculous hobby on the face of the planet.” 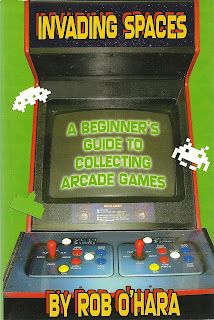 In the introduction to his amusing and informative tome, O’Hara writes: “Arcade games are big, giant, heavy, expensive chunks of wood and electronics that need regular repairs, lots of space to be displayed, and can be emulated for free on your home computer with little to no effort.”

Despite his part tongue-in-cheek, part reality-based misgivings, O’Hara obviously loves owning his favorite video games. And, like Sulfridge, he has fond memories of arcades of the early ’80s.

“Arcades were a social gathering place,” Ohara writes, “a secret clubhouse away from adults where kids met and hung out with their friends. There was no feeling quite like being so awesome at a game that a crowd would form around you and watch you play.” Thanks to a converted workshop in his backyard, O’Hara, who regularly has friends over to enjoy his arcade, can experience that feeling once again.

A few commercial arcades still exist that cater to retro gamers, such as New Hampshire’s Funspot (www.funspotnh.com), which bills itself as “the largest arcade in the world.” However, most arcades these days are filled with modern games that bear little resemblance to their forebears.

Assuming you have enough space in your home, creating an old-school arcade is difficult, but certainly doable. Auctions, eBay, Craigslist, and other outlets routinely offer coin-op classics for sale. Most working machines from the late ’70s and early ’80s run between $250 to $800, depending on condition, availability, and desirability.

If you do plan on creating a home arcade, or you simply want to buy a machine or two to put in your office or game room, just remember this key piece of advice: Have fun!

For more info on classic arcade games, check out the following books: The Encyclopedia of Arcade Video Games by Bill Kurtz; The Ultimate History of Video Games by Steven L. Kent; High Score! The Illustrated History of Electronic Games by Rusel DeMaria and Johnny L. Wilson; and Supercade: A Visual History of the Videogame Age 1971-1984 by Van Burnham.
Posted by Brett at 1:33 PM

Nice post. I learn something new and challenging on sites I stumble upon every day. It will always be exciting to read through articles from other writers and use something from their websites.

Thanks, glad you enjoyed the article!

Reading this brought back so many childhood memories! I remember going to the arcade with my little brother, and playing for hours. My personal favorite was Pacman, I got so good at it. It would be so fun to get one for my house now. My kids could become champions like me!

Gaming toronto I think this is an informative post and it is very useful and knowledgeable. therefore, I would like to thank you for the efforts you have made in writing this article.