Star Trek: The Next Generation Turns 25


My article on STNG appeared in a recent issue of AntiqueWeek. Here it is, reprinted: 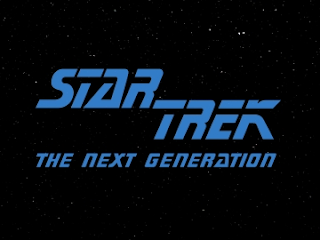 This year marks the 25th anniversary of Star Trek: The Next Generation (1987-1994), a series that both divided and united fans of the beloved original Star Trek (1966-1969). Some welcomed the new program with open arms while others shunned its bald, British captain, its alliance with the hated Klingons, and its kinder, gentler view of Starfleet—the diplomatic Captain Picard was much less of a space cowboy than the roguish Captain Kirk.

Over time, Star Trek: The Next Generation, which takes place nearly a century after Star Trek: The Original Series (as it’s come to be called), has become a classic series in its own right, creating a rabid fan base that is unabashedly devoted to Picard (Patrick Stewart), Commander William Riker (Jonathan Stewart), Lieutenant Commander Data (Brent Spiner), Chief Engineer Geordi La Forge (LeVar Burton), and the other crewmembers of the USS Enterprise NCC-1701-D.

In 1988, while the show was still getting its sea legs (or should that be “space legs”?), Galoob produced a set of six STNG action figures, which were roughly the same scale as the famous line of 3 3/4″ Star Wars toys from Kenner. The set included Picard, Riker, Data, La Forge, Lieutenant Worf (Michael Dorn), and Security Chief Tasha Yar (Denise Crosby). 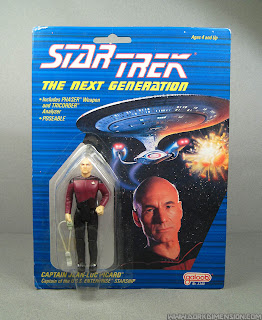 When the set came out, there were paint color errors on several of the characters’ faces, resulting in a feeding frenzy for Data error figures. The standard flesh-faced Data was common, selling for just a few dollars above retail, but speckle-faced Data, dark tan-face Data, and blue-face Data were selling on the aftermarket for upwards of $100 each. These days, however, the prices have dropped considerably: all a six characters, regardless of errors, can easily be found for as little as $6-$12 each in the original packaging. 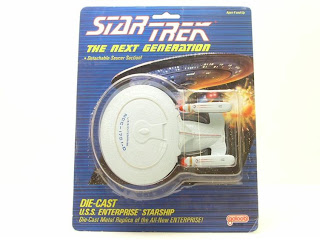 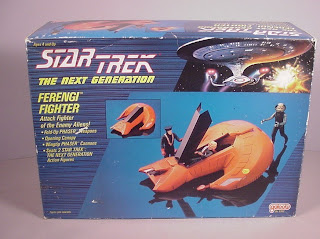 Four alien figures followed: Antican (cat-like creature), Q (immortal, god-like being), Selay (a snake-like alien), and Ferengi (a greedy, big-eared species). The aliens, which were produced in fewer numbers than the Enterprise crew, sold for around $25-$45 apiece on the aftermarket back in the day, but prices have now settled into the $15-$20 range.

Numerous Star Trek: The Next Generation collectibles have followed in the wake of those first toys, including a variety of mass market trading cards, action figures, comic books, and movie-based items (STNG spawned four films), along with limited edition merchandise from the likes of The Franklin Mint and Diamond Select Toys.

A recent search of completed eBay auctions turned up the following:

Star Trek: The Next Generation fandom is still going strong. To commemorate the show’s Silver Anniversary, the main cast members are reuniting at the forthcoming Wizard World Austin Comic Con, taking place October 26-28 at the Austin Convention Center in Austin, Texas (check www.wizardworld.com/home-tx.html for more details). This follows on the heels of the Canadian reunion at the Calagary Comic and Entertainment Expo held in April earlier this year.
Posted by Brett at 3:47 PM