Gotta Get Me a ColecoVision -- Christmas of 1982 During the late 1970s and early 1980s, I couldn’t afford my own video game system. My family wasn’t poor exactly—my dad had a good job at Bell Helicopter—but money always seemed tight. Apart from our annual Griswold-like summer outings (which were, now that I think about it, done on the cheap, what with the Vienna sausages consumed and lack of souvenirs purchased), we rarely splurged on luxuries, and there was no way my parents were going to fork over the $200 it would have taken to snag an Atari 2600 or the $300 necessary for purchasing an Intellivision.

Thus, I spent many a day riding my bike to various console-enhanced friends’ homes, thrilling to Combat and Asteroids for the Atari 2600, grooving on Baseball! and Speedway!/Spin-Out!/Crypto-Logic! for the Odyssey2, and marveling over Astrosmash and Star Strike for the Intellivision. Two of my best friends owned Fairchild Channel F systems, and, desperate as I was for electronic entertainment, I even enjoyed the little system that couldn’t, deriving some measure of pleasure from such odious titles as Bowling and Tic-Tac-Toe.

Despite the lack of an honest-to-goodness game console in the Weiss household, my home life wasn’t entirely void of bleeps and bloops, thanks to Mattel’s line of handheld electronic games (which began in 1976 with Auto Race), most notably Football (which I owned) and Basketball (which was my brother’s). At $30 or so a pop, these babies were a little pricey, but relatively affordable, at least as Christmas gifts. Knockoffs were even cheaper, and I remember purchasing an off-brand basketball game at K-mart for $17. Unfortunately, by pressing the shoot button continually as you guided the little red hash mark representing your player down the lane, you could go right through the defense, scoring a basket every single time. Some bargain.

Regarding Christmas, Santa Claus never put gifts under the tree for me totaling more than $100, which is not a complaint (children starving in India and all), but merely an observation. One-hundred dollars could purchase quite a bit 30 years ago, and Christmases in our house were lived relatively large (the aforementioned bicycle was a Christmas gift), but not large enough to contain a programmable game system. Up until the summer of 1982, I was fairly content with the vicarious ownership of games and game systems, and I became a regular fixture at a number of gamers’ homes within a 10-mile radius of my house. 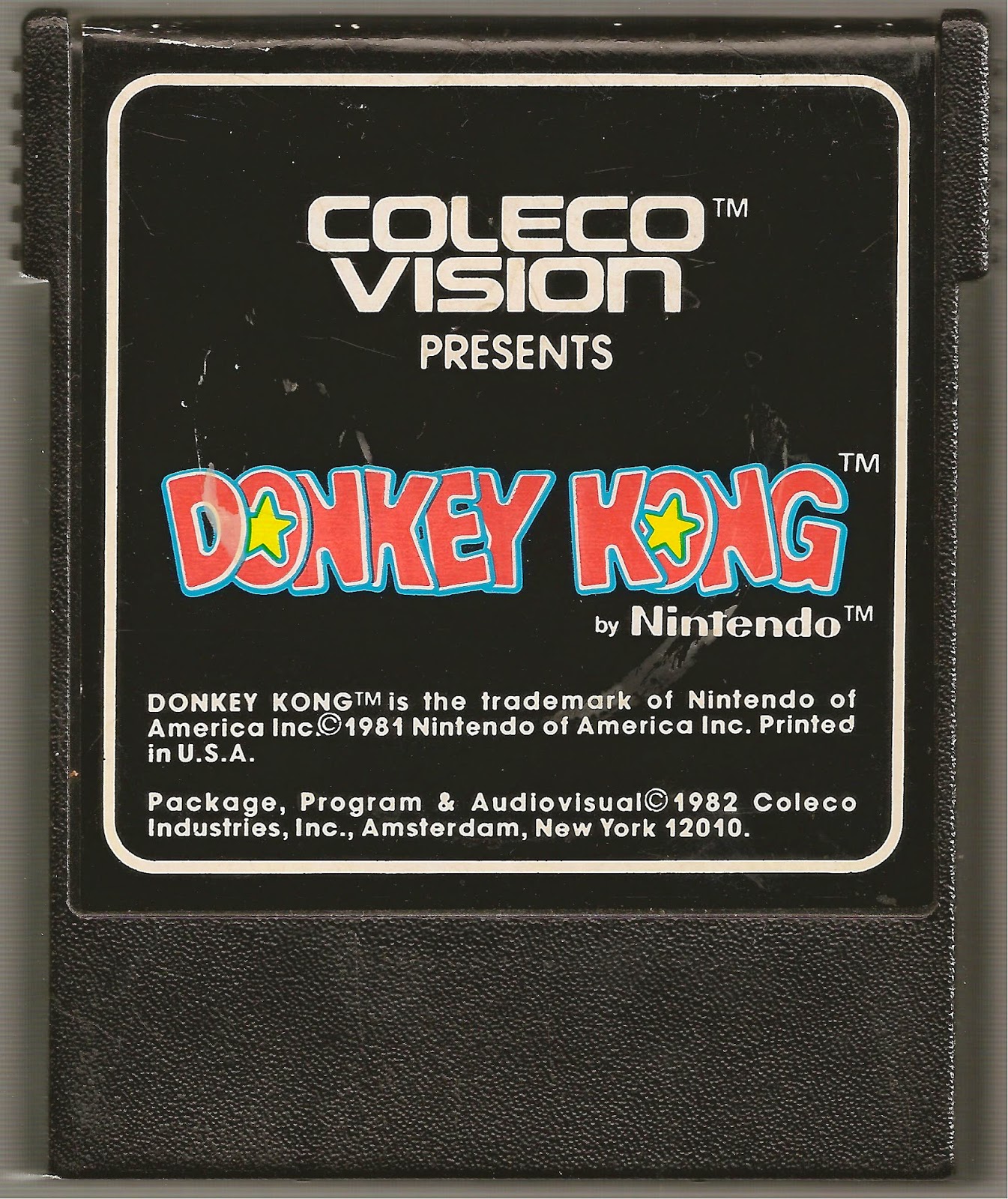 In 1982, when Coleco began advertising their next-gen ColecoVision, it hit me like a laser beam to the head that sitting on the sidelines, playing other people’s systems, was no longer a viable alternative to owning my own game console. The first ColecoVision ad I saw on television was 90% hyperbole, showing a guy standing at an arcade cabinet, playing a 3D shooter in which ships actually flew out of the screen. Even at the tender age of 14, I knew this imagery had little to do with home gaming (I was almost 15, after all). What truly impressed me about the ad was the other 10%, which showed the ColecoVision port of the arcade classic Donkey Kong in action, looking virtually identical to its coin-op counterpart.

Those colorful, detailed, beautifully rendered Donkey Kong screenshots, which were light years above the blocky imagery associated with the Atari 2600, Intellivision, and other previous systems, had me at hello, and I simply had to get a ColecoVision, no matter what the literal or figurative cost. The notion of sitting at home on my living room floor, playing near-perfect ports of some of my favorite arcade games without having to insert untold numbers of quarters sent my senses soaring.

At the Toys “R” Us near my house, the ColecoVision retailed for $189.99 plus tax, which was around $100 more than Santa was willing to pony up. Stealing one was out of the question since the systems were kept behind the counter (and since my conscience wouldn’t allow such a thing), so my brain kicked into overdrive, scheming and dreaming of ways to get a ColecoVision. Fortunately, it was summertime, which meant there were plenty of lawns to be mowed, and, by season’s end, I had managed to save up $130, which was enough to give $100 to Santa Claus (i.e. the folks) and still have enough left over to purchase a copy of Mouse Trap, which was an even better game than Donkey Kong in terms of arcade emulation.

Thus, Christmas of 1982 saw me staying up late into the night with my shiny black game system, playing Donkey Kong and Mouse Trap until my hands and wrists were sore and my eyelids were too heavy to keep open. 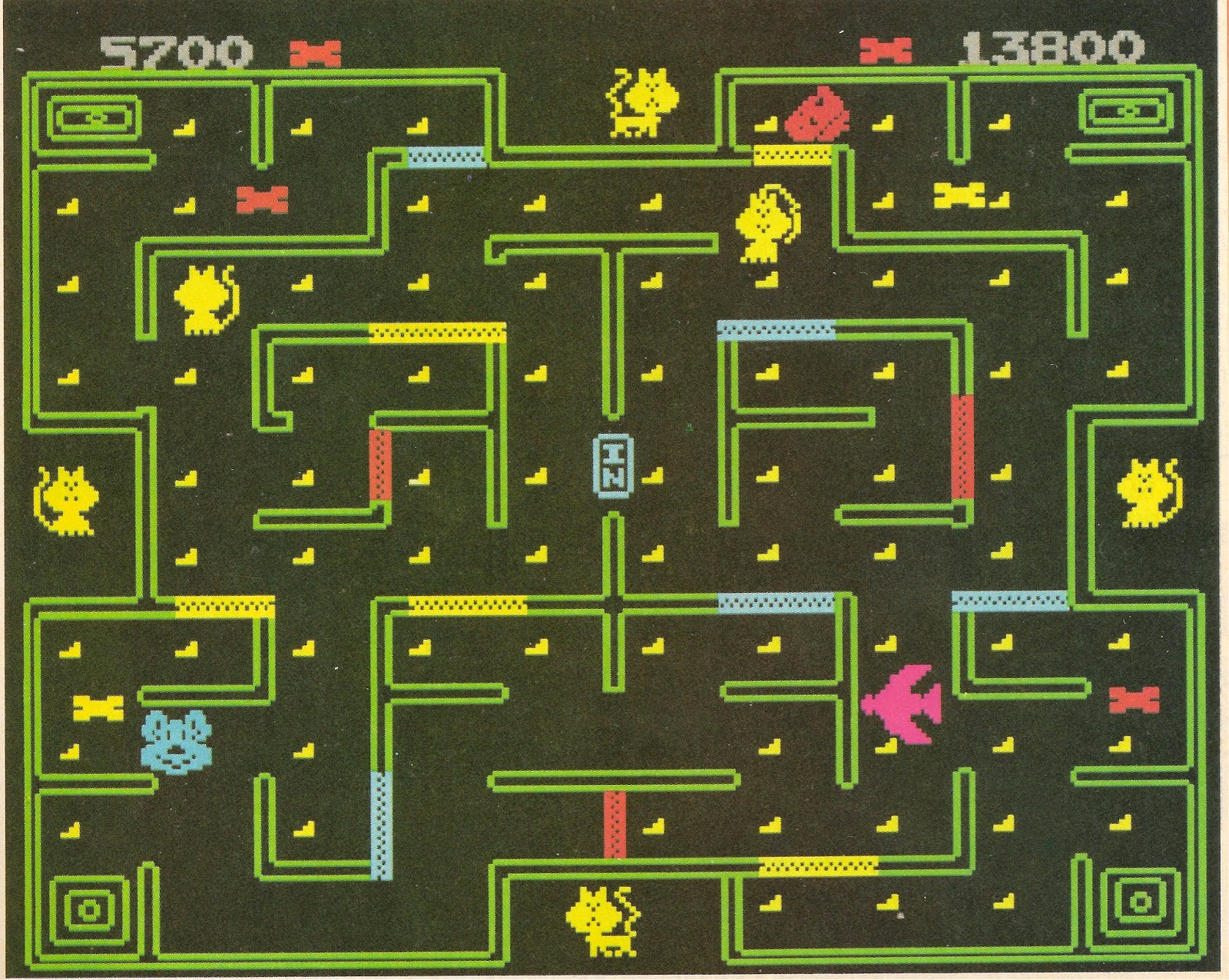 After Christmas break, with school starting up again, I discovered that several of my friends had received ColecoVisions as well, meaning it was time to get back on my bike and make the rounds. Not to play their systems (though two-player gaming was certainly in order), but to borrow their game cartridges that I couldn’t afford. Luckily (for them and me), the next summer I turned 16, meaning I could get a job and purchase my own consoles and cartridges.

Now, all these years later, I have way too many video games to count, and, in these more indulgent times, my son teenage has an Xbox 360 he received for Christmas a few years ago, and Santa brought a Wii U to our house last year. Unfortunately for him, regardless of Santa’s newfound generosity, my son still has to do yard work.

*This essay originally appeared as one of two chapters I contributed to Memoirs of a Virtual Caveman.

I went through this as well to a point. I had to have Donkey Kong and I got Mouse Trap and Venture as well. I had to add DK jr. and Popeye when the money was there too. Good times!