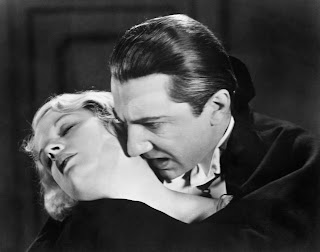 Although he’s been shot, impaled, burned, beheaded and otherwise killed off many times, the daylight-dreading  remains alive and well, thanks to our morbid obsession with things that go bite in the night. Before little bloodsuckers start ringing your doorbell on Halloween, begging for candy, brush up on your knowledge of the undead Prince of Darkness, one of the most famous fictional characters in the history of popular culture.

Just be sure to have some garlic and a few crosses handy in case you feel a nibbling at your neck.

Irish author Bram Stoker unleashed his fang-tastic creation on an unsuspecting world in 1897 with the release of , a book that has never been out of print and has inspired more film and stage adaptations than any other novel.
Drawing inspiration from the centuries-old vampire myth, and from ruthless 15th century Wallachian Prince Vlad III the Impaler,  tells of a Transylvanian count who travels to London, pierces the necks of his victims with his fangs to drink their blood and is pursued by a group of Victorians, including his real estate agent, Jonathan Harker. A fearsome, preternaturally strong creature, Dracula mesmerizes his victims with hypnosis and can morph into a bat, a dog, a wolf and fog.

In V is for Vampire (1996, Plume), horror expert David J. Skal says Stoker’s Dracula is an ugly creature who bypassed the “romantic, Byronic image of the vampire that dominated the page and stage in the early part of the 19th century” in favor of the “Darwinian superman who blurs distinctions between humans and animals.”

An epistolary work told in journal entries, memos, letters and newspaper articles,  influenced countless other novels, including Kim Newman’s Anno Dracula (1992), C. Dean Anderson’s I Am Dracula (1993), Elaine Bergstrom’s Mina: The Dracula Story Continues (2000), Elizabeth Kostova’s The Historian (2005) and Fred Saberhagen’s The Dracula Tape (1999), which is told from The Count’s point of view. (There’s also Stephenie Meyer’s “Twilight” series, of course, but it’s not about Dracula.)
One of the best Dracula novels to sink your teeth into is Salem’s Lot (1975) by Stephen King. Although the antagonist is called a “master vampire” instead of Count Dracula, the book is clearly a modern, small-town take on Stoker’s novel, as King, a former school teacher, states on his website: “One of my high school classes was Fantasy and Science Fiction, and one of the novels I taught was Dracula. I was surprised at how vital it had remained over the years; the kids liked it, and I liked it, too. One night…I wondered…what would happen if Dracula came back in the 20th century, to America.”
If you like pictures with your words, check out DC’s Batman & Dracula: Red Rain and Marvel’s classic Tomb of Dracula graphic novels (the best representation of the subgenre), along with collected editions of such comic books as Image’s Sword of Dracula and BOOM! Studios’ Dracula: The Company of Monsters. Younger readers will enjoy the digital exclusive, Archie: The Vampire Saga.

Dracula on the big screen

F.W. Murnau’s Nosferatu (1922), one of the earliest and best Dracula adaptations, stars Max Schreck as Count Orlock, a hideous creature who ravages innocents in the German town of Bremen. Despite the name change (“Dracula” to “Orlock”), Bram Stoker’s widow, citing copyright violation, successfully sued to have the film destroyed. Fortunately, some prints survived, and you can even watch the creepily atmospheric film on YouTube.
Every self-respecting vampire fan has seen Universal’s Dracula (1931), directed by Tod Browning. While modern audiences may find it slow and bloodless, it remains a cinematic treasure, thanks in large part to the timeless performance of Hungarian actor Bela Lugosi.
“Lugosi is definitely my favorite movie Dracula,” says Fort Worth resident Kerry Gammill, who edits an anthology comic book series called Bela Lugosi's Takes from the Grave. “He has an otherworldliness about him that most of the others just don't have. The original 1931 Lugosi version is still one of my favorite movies. Especially the first act at Dracula's castle.”

Universal, a dominate studio for horror films during the 1930s and ’40s, kept the “Dracula” franchise going with Dracula’s Daughter (1936), Son of Dracula (1943), House of Frankenstein (1944), House of Dracula (1945) and Abbott and Costello Meets Frankenstein (1948), where Gammill first encountered the undead count.
“My first memory of Dracula was seeing Bela Lugosi in Abbott and Costello Meets Frankenstein when I was six,” Gammill says. “I was mesmerized by him. The look and the voice and sleeping in a coffin and putting people under his power and biting people in the neck and changing into a bat. Even though it was a comedy, the monsters were still very scary. It was exciting stuff to a little kid who had never seen anything like that.”

A good Dracula education is incomplete without exposure to at least some of English studio Hammer’s nine Dracula films, most notably the first, Horror of Dracula (1958), starring the recently deceased Christopher Lee, who played the Count many times.
“My next favorite Dracula is Christopher Lee,” Gammill says. “He was so physically imposing, and there was a feeling of eroticism when he bit the ladies that the earlier movies didn't have. And in the Lee films, they finally showed Dracula’s fangs and blood dripping from his mouth, which looked very cool.”

Dracula on the small screen

Dracula has appeared on countless TV shows, ranging from  to Superboy to Supernatural to . In the fifth season premiere of Buffy the Vampire Slayer, Buffy (Sarah Michelle Gellar) battles the Count (Rudolf Martin) in “Buffy vs. Dracula,” in which Buffy’s pal Xander (Nicholas Brendon) falls under the thrall of the Dark Prince (similar to Renfield in Stoker’s novel).

In 1990, Count Dracula got his own show, Dracula: The Series, but it only lasted one season. In the made-for-TV movie department, there are two essential films: Dracula (1973), featuring Jack Palance in the title role, and the BBC’s Count Dracula (1977), starring Louis Jordan as the undead blood sucker.

Perhaps the most endearing Dracula on television is that of Grandpa from , followed closely by The Count from Sesame Street. These kid-friendly creatures are best viewed when accompanied by a heaping bowl of the sugary sweet cereal, Count Chocula, which General Mills introduced in 1971.