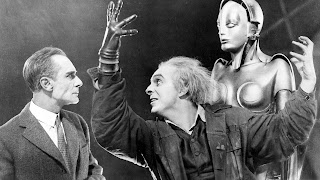 Science fiction can get incredibly silly at times and there's certainly a place for that, but when a science fiction movie focuses on hard science concepts to build its story, there's a sense of realism that makes them so much more compelling. Some of the best sci-fi movies have at least a kernel of truth to keep them grounded.

A masterpiece of German Expressionism in silent films, Metropolis tells the story of two lovers from different social castes who try to defy the dystopian state they live in. It is one of the first dystopian films ever made and not only drew from a realistic sense of political science but also portrayed some of the earliest robots as we know them on screen.

It's fairly easy to tell this was written by an engineer, since so much of the technology of the film is either current or on the horizon. The story of the advancement of humanity through several time periods, the most famous being in the near future with a trip to Jupiter, 2001 has predicted video calling, commercial space flight, and even tablet computers. There are some people who suggest that artificial intelligence is also not very far off, especially with our security systems and home automation suites learning our habits like HAL did.

While the technological advances in this are dated by current standards in that we know that dinosaurs probably looked a lot different and genetics can't be used in that fashion, at the time of its release Jurassic Park was remarkably accurate to our scientific understanding and ahead of the fourth installment in the franchise 20 years later in some respects. That being said, it's psychological understanding, that the best fit for something like cloned dinosaurs would be the entertainment industry, is probably most accurate of all.

In another case where the influence of the writer is evident, Contact, based on a book by Carl Sagan, is both compelling and grounded in our scientific understanding. From the use of radio telescope arrays to math as a universal language to communicate with aliens, Contact does an incredible job of helping us understand what the implications of discovering a message from an extraterrestrial civilization would be. Physicists have even suggested that the wormhole that Jodie Foster travels through toward the end of the film exhibits properties that are consistent with our current physical knowledge.

Another film where genetics plays a role in the plot, Gattaca follows Vincent, an ambitious young man who wants to travel to outer space, but because he is determined to be genetically inferior is not allowed until he makes a deal with Jerome to take over the latter's identity, including their genetics. While slightly advanced even for today, it's not out of the realm of possibility to see genetic engineering of babies that is common in the film as well as the use of DNA in modern criminal investigations.

As the Earth begins to die, a brilliant scientist deploys his plan to try and move all of Earth's population to another planet, using former NASA astronaut Cooper and a team of scientists to scout through a wormhole. Perhaps the most accurate scientific concept in the film is the time dilation caused by relativistic travel, but much of the space travel is grounded in an understanding of how we move outside of an atmosphere.

Much like 2001, Ex Machina explores AI in depth, which made it quite successful and popular, in addition to its being widely distributed on an indie budget thanks to the partnership between A24 Films and DirecTV. In this case, an eccentric billionaire hires a programmer to inspect an artificial intelligence he created to see if it passes a Turing Test. The concept, that a true AI would be able to convince a human being that it was also a human being through conversation, is a fairly old one, but Ex Machina does a good job of addressing its flaws and using them to really delve into what AI means.
Science fiction can be not only remarkably predictive, but when it incorporates things that we know about the world as it is, that makes it much easier to suspend disbelief and take a good, hard look at the ideas it espouses.