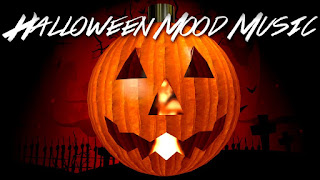 You’ve made your costume, carved your pumpkin, and decorated the house with ghosts and goblins. A huge bowl of candy sits by the front door, awaiting sugar-starved witches, zombies and spider-people.

All that’s left is to load your iPod with some spooky sounds of the season.

Here are 20 Halloween party-ready songs you can sink your fangs into. Crank them up while you open the door to trick-or-treaters, or queue them up on TV as your party guests arrive.

Some are scary, and some are silly, but all evoke the spooky spirit of Halloween.

Used to enhance the intensity and fright factor of such classic horror films as Dr. Jekyll and Mr. Hyde (1931) and The Black Cat (1934), this classical piece is a “towering monument of organ music” with a “deep sense of foreboding,” says Melissa Lesnie of www.limelightmagazine.com.au. The number was originally written for solo organ, but many prefer the full orchestral version that kicks off Fantasia, Disney’s animated masterpiece from 1940.

Everyone knows Bing Crosby sang White Christmas, one of the all-time great yuletide tunes. Far fewer people are familiar with Headless Horseman, a song Crosby (as Brom Bones) sang in the “Legend of Sleepy Hollow” segment of Disney’s animated semi-classic, The Adventures of Ichabod and Mr. Toad. In this snap-inducing, speech-rhyme ditty, Crosby rightfully, frightfully reasons that you “can’t reason with a headless man.”

Fifty-five years ago, Alfred Hitchcock made moviegoers think twice about taking a shower. The scene in Psycho (1960) where Norman Bates stabs the beautiful Marion Crane to death with a butcher knife remains terrifying today, but it wouldn’t have nearly the impact without Bernard Herrmann’s Psycho Suite, which heightens the fear factor considerably. Strings have never sounded so scary.

A Halloween staple since it hit #1 on the Billboard Hot 100 chart more than 50 years ago, Monster Mash features Bobby Pickett sounding like Boris Karloff, the horror legend who frightened audiences in such flicks as Frankenstein (1931) and The Body Snatcher (1945). Ghouls, vampires, graveyards, castles, zombies, werewolves, the dancing undead and a mad scientist laboratory—this fun (and funny) novelty tune has it all.

Recorded during the Summer of Love, People Are Strange eschewed the happy hippie communal ethic of the era, focusing instead on alienation, loneliness and how people seem ugly and wicked when you’re an outcast. The song’s dark theme and surreal sound give it Halloween cred, as does the fact that Echo & the Bunnymen covered it for the 1987 vampire film, The Lost Boys.

A song about an old Welsh witch who “rings like a bell through the night,” Rhiannon is sung by groovy goth goddess Stevie Nicks, whose haunting and unusual vocal style could “Halloweenize” just about any tune. Both ethereal and accessible, the track is from the first Fleetwood Mac album to feature Nicks and Lindsay Buckingham, the duo responsible for some of the band’s biggest hits.

Stand up, jump to the left, step to the right, put your hands on your hips, bring your knees in tight and do a pelvic thrust. Congratulations, you’ve just done the Time Warp, an early high point of the interactive midnight movie musical, The Rocky Horror Picture Show (1975). An infectious, upbeat number, Time Warp is still routinely played at dance clubs, weddings and, yes, Halloween parties.

Before it was immortalized, satirized and, ultimately, demoralized  in the famous Saturday Night Live skit, in which Christopher Walken demands “more cowbell,” (Don't Fear) The Reaper was a hypnotic, spine-chilling song, appearing in such films as Halloween (1978) and Stephen King’s epic TV mini-series, The Stand (1994). Forgetting the SNL comedy routine, the song still packs a mighty death-punch, thanks to its lush harmonies, haunting melody and rocking riff.

Early in his filmmaking career, director John Carpenter (Christine, The Thing) composed his own music because he liked to work quickly and was on a tight budget. His spooky piano theme for Halloween, the movie that popularized the slasher subgenre, plays during the opening credits and at various points throughout, adding immeasurably to the dread and fear wrought by the knife-wielding, mask-wearing Michael Myers.

At once humorous and grisly, Werewolves of London is about a lung-ripping lycanthrope who eats Chinese food, drinks Pina coladas and visits hip areas of London. Zevon played piano (quite memorably) on the tune, backed by Fleetwood Mac’s John McVie (bass) and Mick Fleetwood (drums). Jesse Ventura, joined onstage by Zevon, sang the song at his inauguration party when he became governor of Minnesota—now that’s scary.

Numerous singers covered this fiery country and western tune, from Burl Ives to Peggy Lee to Elvis Presley to actor Christopher Lee, but we’ll stick with the galloping-good Man in Black version. Written and originally recorded by Stan Jones in 1948, the song implores an old cowboy to change his ways or he’ll spend forever trying to “catch the devil’s herd across these endless skies.”

After spending a few years toying around with disco (Dynasty), pop (Unmasked) and conceptual music (Music from “The Elder”), KISS made a resounding return to their hard rock roots with Creatures of the Night, one of the best albums by the makeup- and costume-clad band. The title track, featuring sinister vocals by frontman Paul Stanley and loud, bombastic drums by the late, great Eric Carr, is pedal-to-the-metal madness from beginning to end.

Lightning strikes and wolves howl. A door slams and there’s nowhere to run. A creature creeps up behind while demons draw near. Horror icon Vincent Price warns that “grisly ghouls from every tomb are closing in to seal your doom.” Atmospheric, fun and downright thrilling, Thriller is the ultimate Halloween song, and it inspired the greatest MTV video of all time, an epic saga directed by John Landis featuring dancing zombies that are still mimicked today.

While still reeling from the death of legendary guitarist Randy Rhoads, Ozzy Osbourne, accompanied by new axe man Jake E. Lee, recorded Bark at the Moon, a hard rocking track that spawned a video that borrows from both the werewolf myth and the Jekyll and Hyde story. Hollywood legend Rick Baker did Ozzy’s werewolf makeup.

In Freaks Come Out at Night, pioneering rap group Whodini sing about nightclub-loving freaks who “come in all shapes, sizes and colors” and “like to wear leather jackets, chains and spikes…they wear rips and zippers all in their shirts…real tight pants and fresh mini-skirts.” But the tune has a spooky vibe that could just as easily refer to trick-or-treaters.

Thirty years ago, if you had an apparition you wanted to get rid of, there was no question who you were going to call—Ghostbusters! The theme to the 1984 horror comedy of the same name, Ghostbusters hit #1 on the Billboard Hot 100 chart and was nominated for an Academy Award for Best Original Song. While waiting for next summer’s franchise reboot, gear up by listening to this synth-funk favorite.

Memorable for its appearance in the Rodney Dangerfield comedy Back to the School (1986), Dead Man’s Party is a quirky song by a quirky band, the Danny Elfman-lead Oingo Boingo. A must-play at any good Halloween party, the tune, which suggests you “leave your body at the door,” was also featured in the “Halloween” episode of Malcolm in the Middle.

Best known for Joey, their lone top-20 hit, Concrete Blonde also recorded Ghost of a Texas Ladies Man, a country-tinged horror rocker sung with authority by Johnette Napolitano. The bold-voiced brunette sings that she’s unafraid of the “ectoplasmic lover from the other side” floating above her bed, all the while throwing down a bass line that would’ve made Johnny Cash bassist Marshall Grant proud.

Culling from such tunes as Living Dead Girl, Halloween (She Get So Mean) and I, Zombie, you could make an entire book of Halloween songs by the ghastly, ghostly Rob Zombie, formerly of White Zombie (which was named after a Bela Lugosi film). If we had to choose just one, we’d go with Dragula, a relentless, crank-it-to-11 rocker named after Grandpa’s dragster on The Munsters.

Every Halloween party worth its weight in candy corn needs a good dancer number by a New York art punk band, and Heads Will Roll by the Yeah Yeah Yeahs fits the bill nicely. Backed by a catchy combo of guitar, synthesizer, and drums (think Words by the Missing Persons), South Korean-born indie diva Karen O sings, “Off with your head; Dance ’til you’re dead; Heads will roll.”

Thirteen more songs to listen to while you party or hand out Halloween candy:

Carry Me Back to Transylvania (1964, Gene Moss and The Monsters)