Advance Look at Super Mario Bros. 2 Story from The NES Omnibus: The Nintendo Entertainment System and Its Games, Volume 2 (N-Z) 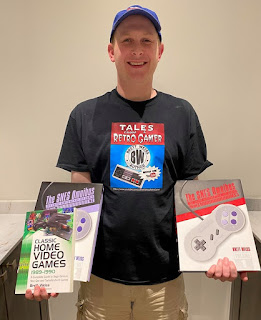 BIG freaking shout-out to Shane Stein, one of the nicest, most upbeat guys I know and a good friend to me and the retro-gaming community in general, supporting my work, and the work of guys like Patrick Hickey Jr. and other content creators. He's my top Patreon, and he's always ready and willing to help out when I have a question about adulting. More importantly, he's a terrific family man--a great dad and a devoted husband to his lovely wife. He's even a gifted writer, showing that video games have a big impact on our lives beyond mere entertainment.

Here's an advance look at an excellent story he wrote for my latest project, The NESOmnibus: The Nintendo Entertainment System and Its Games, Volume 2 (N-Z), due in the spring of 2021. (Volume 1 will be out this fall and is available forpre-order).

Without further ado, here's Shane's Super Mario Bros. 2 story. Even if you don't like video games, give it a read: 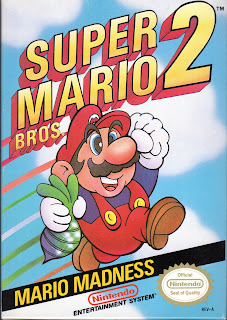 We often make seemingly innocuous decisions that end up profoundly affecting us far in the future. These can be recognized only in hindsight, and we all likely have many such instances to marvel over and be thankful for. In my case, perhaps the most significant such episode involves the NES.

Virtually every kid who touched a control pad in the late ’80s loved Super Mario Bros. In late 1988, as whispers grew that a sequel soon would be headed to stores, anticipation around my neighborhood and at school (I had just started fifth grade) was, to put it mildly, off the charts. And on that first school day after Super Mario Bros. 2’s release date, I vividly recall sitting with my friends at lunch when a kid named Jake, who was a grade below me, ran up to our table, unzipped his backpack, and triumphantly pulled out the boxed treasure his parents must have just purchased for him. The facial expressions of everyone at our table revealed a singular shared reaction: You are so lucky!!

Now, Jake and I were not close pals at the time; friendly, yes, but I really only knew him because he was my good friend Mike’s first cousin. Indeed, he probably raced to our lunch table simply to ask Mike to play the game together after school. But at that moment, with little hope of soon owning SMB2 myself (I usually received NES games only on birthdays, holidays, and other special occasions), I knew exactly who I needed to hang out with, and pronto. And sure enough, I ended up playing plenty of Nintendo with Jake going forward.

Notwithstanding this superficial beginning, Jake and I quickly became close friends, and remain so to this day. Twelve years after our initial bonding over SMB2, he and I attended a party where he introduced me to an attractive brunette named Tracey, who I asked out after five minutes of conversation. She and I went to dinner two nights later and have been together since, marrying in 2003 and becoming parents to three wonderful kids.

I’ve already of course told him plenty, but thank you again, Jake. And thank you, Mario. My princess was indeed in the right castle. - Shane Stein, executive producer of The Game Chasers Movie.
Posted by Brett at 10:09 AM