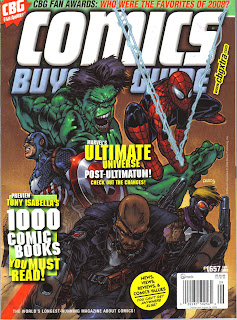 Mostly setup for the next four installments, this issue takes place in the aftermath of such “events” as Civil War, Illuminati, and Secret Invasion, with Reed Richards blaming himself for all that has gone wrong in the world. To make things right, he has constructed a “bridge,” which lets him observe other earths in order to see how they have solved various problems. Adding to the drama is an attack on the Baxter Building by H.A.M.M.E.R. Agents, who are soldiers in the employ of the recently empowered Norman Osborn.

Jonathan Hickman, slated to follow Mark Millar on the ongoing Fantastic Four title, appears to “get” the family dynamic and personalities of the FF. Reed feels obligated to use his smarts to make the world a better place; Sue worries over Reed, but shows leadership skills of her own; Johnny feels lost without his little black book; and Ben acts gruffly, but is a good friend. Sean Chen provides semi-capable art—the sci-fi machinery is sleekly designed, but the characters, though recognizable, exhibit odd facial expressions. 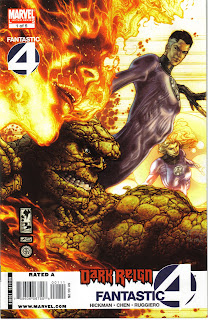 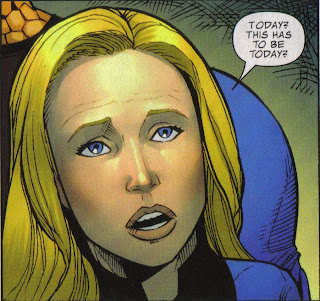