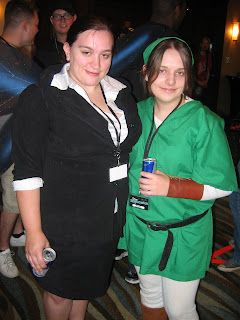 This weekend, I attended the ScrewAttack Game Convention, which was at a hotel near the DFW Airport. While there, I met some really cool people, had a few laughs, heard some interesting talks, and sold a bunch of books. 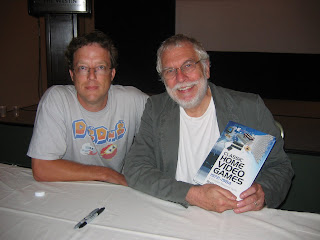 Atari founder and Pong mastermind Nolan Bushnell delivered the keynote speech (which was funny and informative), and he was kind enough to pose for this picture. 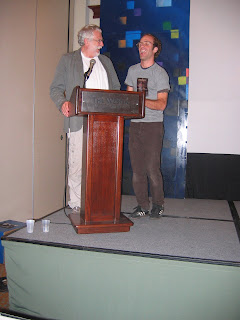 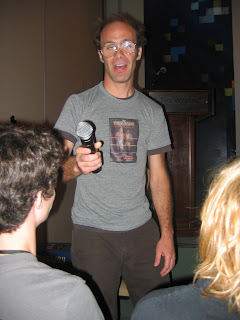 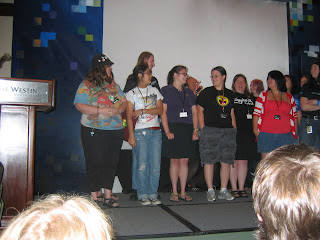 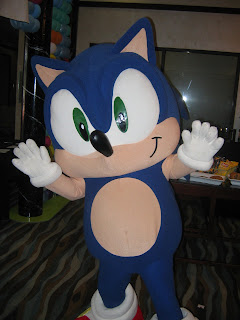 Sonic the Hedgehog keepin' it real. 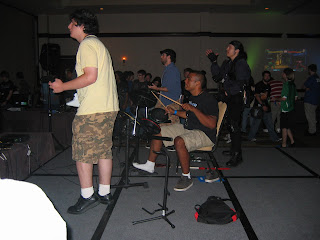 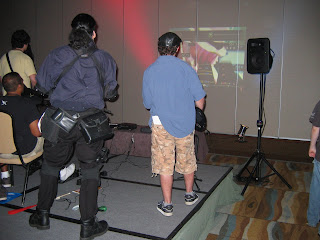 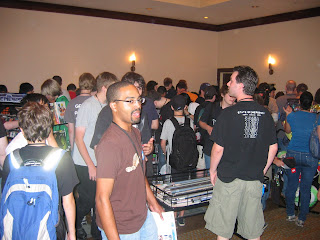 The only really big disappointment of the show was the dealer's room, which was very small. Only two vendors were actually selling video games. Others had miniatures, plush toys, sign-up forms, and such. (The show could have also used an auction, a swap meet, more consoles set up for play, more panels, and a larger arcade). 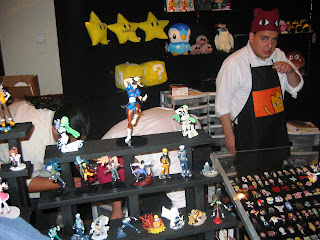 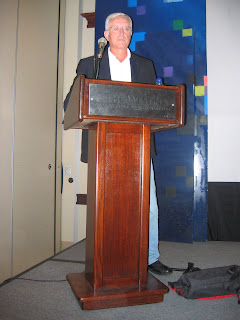 Political activist and former lawyer Jack Thompson was on hand to discuss violence in video games. He was a good sport, taking questions from the crowd and explaining his viewpoint with intelligence and, frequently, humor.


Thanks to the ScrewAttack staff for putting on a fun, funny, and even educational show.
Posted by Brett at 7:50 PM

Oh hey, you have a picture of me (Link)! Neat-o. I'm happy to see that you enjoyed yourself Brett.