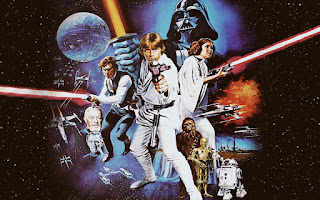 I grew up in a suburb of Fort Worth, Texas, where there were two things that you didn’t dare miss each week: Sunday morning church (at least in our family) and, during football season, the game. If someone asked you at school the day after the game what you thought of it, you’d better have a good answer—if you knew little to nothing about football, you were often branded a “wuss” or a “sissy.”

In 1976, when I was nine-years-old, the  lost the  to the hated , a devastating blow to the Dallas/Fort Worth area. In 1977, the year the original  hit theaters, the Cowboys missed the Super Bowl, but they made a valiant return to the NFL’s showcase game in 1978, trouncing the Denver Broncos.

As an impressionable kid who had a dad and older brother who were bonkers over football, I was bummed when the Cowboys lost and excited when they won. However, my interest in the exploits of Tom Landry, Roger Staubach, Tony Dorsett and company was dwarfed by my fascination with , ,  and the gang. After all, while community pride was at stake when the Cowboys played, the fate of the entire universe hung in the balance when the Rebellion faced off against the Empire.

We didn’t go to the movies very often, but we did see some of the more popular films, including . My parents and my sister sat this one out, but my brother and I made sure to see the film right away. We both enjoyed it, but while my brother got on with his life after the viewing, the movie stuck with me long after the credits rolled. I already loved , and in my young mind, Star Wars was simply a faster, flashier, more explosive version of that franchise.

Nowadays, everyone seems to unashamedly love Star Wars, but in the late 1970s, that wasn’t the case, at least in the Texas town where I lived. You could like the movie and even talk about it at school with impunity, but you didn’t want to show too much enthusiasm or you would risk wearing the “nerd” label, which was a deathblow when it came to your social status. Geek may be chic now, but it wasn’t back then—far from it.

There was one kid in our neighborhood whose love of  was on display for the world to see. Not only did he quote the film ad nauseam, he played with  spaceships and “dolls,” which is what the kids who teased him called action figures. The fearless fan continued proclaiming his allegiance to Star Wars throughout junior high, thanks in part to the release of its first sequel, The Empire Strikes Back, which stunned audiences in 1980 with the revelation that Darth Vader was Luke’s father.

Because of my desire to maintain my social status, I kept my extracurricular Star Wars activities on the down-low. I put together an X-Wing model kit, and I read (and re-read) Alan Dean Foster’s  (1978), the very first  spinoff novel, but those were personal endeavors, so no one was the wiser. And, in seventh grade, my English teacher, much to my surprise, let me do my book report on the Star Wars novelization. Since this was a subtle rebellion (so to speak) against doing reports on “boring old real books,” the other kids, even the bullies, thought it was kinda cool.

By the time  hit theaters in 1983, I was sixteen-years-old and in high school. Once again, it was okay to enjoy the film, as long as you weren’t a “fanboy” about it. And, of course, as long as you hated the cuddly Ewoks, which were the 1980s equivalent of the reviled Jar Jar Binks from Star Wars: Episode I—The Phantom Menace, the first of the dreaded prequels.

Released in 1999, The Phantom Menace mystified most  fans who had eagerly waited for years for a continuation of the series. Darth Maul was awesome (if underutilized), and the pod race was cool, but the plot—something to do with the trade federation—was stultifyingly dull. Plus, the lead characters, most notably Qui-Gon Jinn and Queen Amidala/Padmé, were almost entirely bereft of the charisma, charm, and likability of Han, Luke, and Leia.

The other two prequels, Star Wars: Episode II—Attack of the Clones (2002) and Star Wars: Episode III—Revenge of the Sith (2005), had their moments, but series creator George Lucas, who wrote and directed all three prequels, had definitely lost his way. The romance between Anakin Skywalker and Padmé was sappy, the introduction of midi-chlorians removed the mystical nature of The Force, and the films in general lacked the life, pizzazz, and overall excitement of the original trilogy.

As I write this, , which takes place after , is just a few days from its December 18 release, and I think it’s going to be great. George Lucas, who must be commended for inventing the franchise in the first place, is mercifully out of the picture, paving the way for director (and co-writer) J. J. Abrams. The director of the action-packed Star Trek and Star Trek Into Darkness, Abrams has promised to take the franchise where no Star Wars film has gone before. Believe him, I do.

If the Star Wars kid in my neighborhood would have kept his action figures in the package, he might have gotten rich. Some of the rarer Star Wars figures from the late 1970s and early 1980s are worth hundreds and even thousands of dollars unopened, a fact not lost upon Sotheby’s, which, for the first time in its illustrious history, hosted an auction completely dedicated to Star Wars items. Of the 175 lots that sold, most were pristine action figures.

The online sale, which occurred December 11, brought in $505,202, an astonishing figure for a bunch of (mostly) plastic toys that are all less than 40 years old. The top-selling item was a seven-character Empire Strikes Back multi-pack that was originally available only through the Sears retail chain in Canada. The rare piece brought in $32,500, three times its estimate.

Next was a 1977 store display from an “Early Bird Certificate Package.” Since there are only five known to exist, it went for $20,000—a lot to pay for a cardboard advertisement. 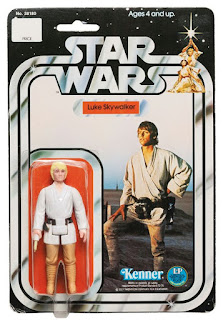 One of the more interesting items was a Luke Skywalker figure with a “double-telescoping” lightsaber, which was expected to go for upwards of $18,000. It eclipsed that mark by $7,000, bringing in $25,000. According to Sotheby’s, there are “only 20 confirmed examples” of that figure because it was “quickly withdrawn from the market due to the propensity for the lightsaber to snap off.”

“There have been people collecting Star Wars stuff since the movie hit in 1977,” says Toy & Comic Heaven owner James Gallo, Sotheby’s consultant for the sale. “For a large number of people who originally saw the movie when they were kids, it’s a childhood memory they can capture and we can relate to.” 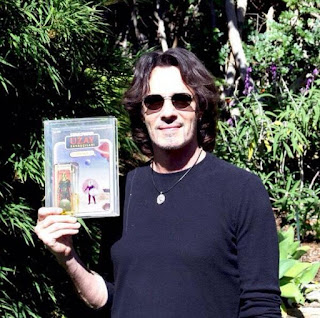 On Nov. 15, 1984, I went with a buddy to a concert at Reunion Arena in Dallas. The women in the audience outnumbered the men at least 10 to 1. Suave, good looking, and a popular actor and singer, Springfield was the epitome of cool—men wanted to be him, women wanted to be with him.

Much to my surprise, Springfield was recently revealed to be a  nerd, thanks to a Rolling Stone video that has gone viral on YouTube. While he may still pine over “Jesse’s Girl” onstage, the brunette heartbreaker shouldn’t complain—he has one of the most impressive Star Wars action figure collections in existence.

“I actually like the toys more than I like the movies,” Springfield says in the mini-documentary. “When the figures came out I started collecting them. I was just old enough that I took a couple out of the package and starting playing with them. I kind of looked around to make sure no one was watching me and realized I was past that. I liked them, I loved the packaging, so I just bought them all and kept them in the packages and stuck them in my closet.”