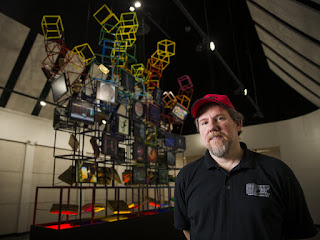 I recently got in touch with Joe Santulli, co-founder of The National Videogame Museum in Frisco, Texas, which is set to open April 2. Mr. Santulli, who owns the museum with partners Sean Kelly and John Hardie, was kind enough to take time out of his busy schedule to answer a few questions. Thanks, Joe! 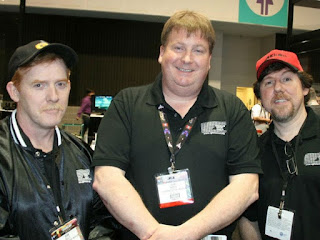 BRETT WEISS: What is your first  memory, and what impression did it make on you? Did you fall in love with the medium right away?

JOE SANTULLI: My best friend Kevin Oleniacz hopped aboard the  phenomenon right off the bat. He had the original  and a couple of the early  variants. Kevin and I used to hang out at alternating homes every Sunday. I secretly disliked the alternating week that was at MY home because Kevin had the coolest stuff. We were both pretty hooked, and we had some fierce matches in the early '70s.

WEISS: What made you go from mere gamer to fanzine publisher, convention coordinator, webmaster, store owner, and now museum curator? In other words, what is it about  that made you devote a significant portion of your life to them?

SANTULLI: I've been asked this question before but I don't have a proper answer. From the thrill of competition to the spirit of adventure to the challenge of collecting to the wonder of the art, videogaming was and probably always be a necessary companion in my life. Each of those progressions you list just sort of “happened." One flowed into the other as if it were a natural path. It's very "Zen"!

WEISS: What is your favorite classic  game of all time and why? 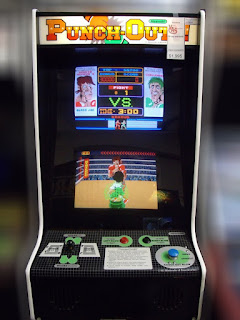 SANTULLI: I think anyone from my generation who grew up in the arcades has a long list of favorites. There's the one you competed with your friends or an arcade rival for the high score on. There's the one that blew your mind with its originality, graphics, or sound. There's the one you actually got your girlfriend to play with you on. There's the one you pumped so many quarters into that you didn't have money to pay for [insert important thing here]. And of course, you never forget "your first". Taking all of these things into consideration I'm going to choose Nintendo's !! as my favorite of all time. Mastered it to the point where I would stop punching when the score read 999,990 just so I wouldn't set it back to zero. Loved that there were quality home versions of it. Eventually bought one for my home, the only arcade machine I've ever had in my home. Later, bought another one for my store. I loved the characters, the massive sprites, the clever balance between reflexes and memorization, and I loved the sport of boxing growing up, so this game had it all for me.

WEISS: What is your favorite classic console game of all time and why?

SANTULLI: That one is a little easier to answer than  game. It's Bethesda's . Until that game came out, it was Atari's Adventure for the 2600. There are a lot of parallels: the game is focused around the threat of several dragons. There are many locations with things going on in real time in places other than where you are. The games have a start and an end but everything in between is non-linear (at least in the best mode of , "game 3"). And of course, the character you play is a complete square.  wins because it's really big, really beautiful, and you can play the game however you want: as a good guy or bad guy, through brute force or stealth, using any number of weapons or magic. It's a great place to lose yourself after a busy day of work!

WEISS: Other than the obvious theme, what is it about the National Videogame Museum that will set it apart from other museums?

SANTULLI: Although tech museums are making great strides at being as interactive as possible, we've made each exhibit interactive by default. If you find yourself peering through glass and reading endless text, you're not in our museum. We left the long, detailed stories up to Wikipedia and instead decided to present our visitors with great stories bundled into rich, colorful, interactive exhibits. You're going to be able to touch things. Experience the tactile stuff that gamers have experienced for the last 40 years. And you're going to play. A lot. 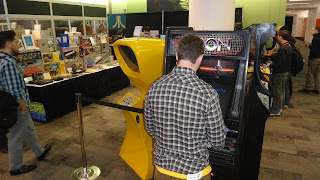 WEISS: What is the admission fee to the museum, and what will that get you?

SANTULLI: $12 gets you an admission ticket and four tokens to "Pixel Dreams," the museum's embedded . There are ten thousand square feet of sheer joy here for videogamers. Exhibits are themed and interactive: in "Pre-Historic" you'll play on the world's largest home Pong console while surrounded by walls of '70s home systems. In "Evolution of The Controller" you'll get to try out some of the more unusual controllers throughout history while facing a literal armada of interesting and innovative controllers. There's an '80s living room, a signature of ours from our Classic Gaming Expo days. And we've brought in North Texas' most talented artists to bring your favorites to life. There is so much to see and do that we're wondering if anyone will voluntarily walk out.

WEISS: Talk a little bit about the museum’s arcade. How many games does it have, and what are they? What is the atmosphere like?

SANTULLI: We wanted to build an '80s-themed arcade like the ones we grew up with. The ones that the industry grew up with. That's exactly what we've done. "Pixel Dreams" has 40 arcade games from primarily 1980-1986. The most popular classics are present: , , , , Frogger, Galaga, Joust, Missile Command, Q*bert, and , but also a few rare surprises like Mappy, Red Baron, Zoo Keeper, and Road Runner. The room is bathed in black light and fluorescent paint, neon signs and lots of trippy artwork. '80s music plays on a quad stereo system all day and all night. And all of the machines run on custom tokens that bear the museum logo on one side and our mascot "Blip" and the arcade logo on the other. 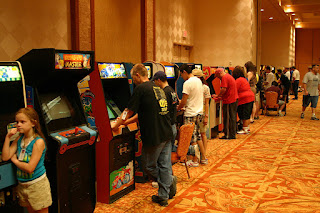 WEISS: What about the console area?

SANTULLI: There isn't really a "console area," though we did dub one of the walls "The Head to Head Hall." In this hall, 10 game systems will be set up in various formations depending on the day. For tournaments, there may be 10  setups. For special events like the week of 's 25th anniversary, ten different  games. On any other random day of the week, any other random systems, maybe some you've never had the opportunity to play for or even knew existed! There are console, handheld, and PC gaming areas all over the museum, however. One wall has a long table of old tech: can you run a Timex Sinclair game? There is a whole room dedicated to handheld gaming with four play stations to try them out.

WEISS: Why is it important to remember the history of videogames?

SANTULLI: It's a national treasure! Like any other history, we need to remember where it all began and how the story unfolds. We are heading into a digital age where physical media is becoming extinct. You don't actually have to go to a game store anymore to get your favorite videogames. We want to make sure that the past is captured somewhere. I would like to point out that this museum isn't only about videogaming past, it also celebrates the present and future of the industry! 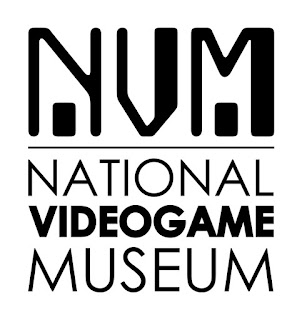