My Holiday Gift Guide for Gamers 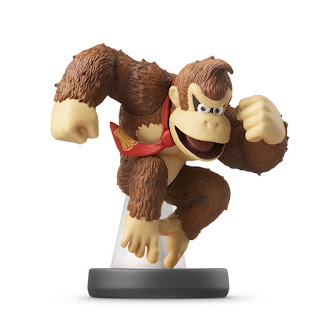 The holiday season is upon us like on Princess Peach, and it’s time to get that special gift for the gamer in your life. Unfortunately, you may have no idea what titles he or she already owns. Worse, you may not even know their gaming console of choice.

If video game gift giving makes you feel like with no power pellets, never fear, our list of gaming related items is here. Instead of buying a typical game disc or download, which the recipient may or may not want (or may already have), why not surprise your turtle-jumping, tomb-raiding, dot-munching loved one with one of the following peripheral presents?

Nintendo’s cute, colorful figurines are compatible with certain titles for the and 3DS, unlocking bonus content and features (such as costumes and weapons) in those games. The great thing is, even if the person you’re buying a gift for doesn’t have a Wii U or 3DS, Amiibo are cool collectibles and make for great game room decorations.

There are numerous designs, including such iconic characters as , Mario, Pac-Man, Pikachu, Princess Peach, Sonic the Hedgehog and Zelda.

Whether hardcore or casual, most gamers who are also film fans have seen such big budget pictures as Pixels and . However, there’s a thriving indy video game movie scene as well, exemplified by such fun but relatively obscure features as Nintendo Quest and King of the Arcades.

A standout in this category is  (starring YouTube sensation James Rolfe), which is noteworthy not for its quality but for its lack thereof. Adult in the most juvenile sense of the word (Rolfe is famous for his expletive-laden tirades), the movie is so bad it’s good. Call it Plan 9 from Outer Space for the vid kid generation.

Game On! 2016: All the Best Games: Awesome Facts and Coolest Secrets
Scholastic

Everyone loves lists, and Game On! 2016 has several that joystick jockeys will enjoy, from “50 Greatest Gaming Moments” to “Glitches, Stunts, and Fails” to “The Coolest Gaming Secrets of All Time.” Plus, the book, which is recommended for readers ages 8 to 12, spotlights some of today’s hottest video game properties, including , , The Sims, Madden NFL and the 8-bit-inspired favorite, .

For a more scholarly work, hold out for Leonard Herman’s forthcoming Phoenix IV: The History of the Videogame Industry (maybe you could give it as a birthday present next spring), but Game On! 2016 is a fun, photo-heavy read that will keep kids entertained (and somewhat informed) while they’re away from their gaming consoles.

Give the green gift of comfort with this one-size-fits-most-adults Link bathrobe, which features a pointed hood, a removable brown belt, two pockets (for snacks, magic potions and the like) and a decorative shield on the back. Perfect for marathon gaming sessions (there’s no time to get dressed or even go to work when there are kingdoms to conquer and princesses to rescue), it’s made of 100 percent polyester, so it should last through many adventures.

Non-Zelda fans will be none the wiser when you tell them it’s a Green Arrow or Robin Hood robe.

If you’ve got kids in grade school, you’ve probably heard of . In fact, you may have heard too much about it as devotees tend to discuss the popular world-building game at length (which is polite phrasing for ad nauseam).

Many fans call  “digital LEGOs,” so it only makes sense that there are several related LEGO sets available, including our favorite, The Desert Outpost, which, like the rest of the sets, spurs analog creativity. A child with an especially inventive mind can add Star Wars blocks and figures (sold separately) and create scenes evoking the dusty planet Tatooine.

The “” series, which began with Super Mario Kart (1992) on the Super NES and continues today with Mario Kart 8 on the Wii U, features some of the most popular racing video games ever made. A natural extension of the franchise is this super cool slot car racing kit, which includes a lap counter, a pair of controllers, Mario and Toad in their respective racers and a twisting, turning, infinity-shaped track.

The set is recommended for children ages 8 and up, but parents and grandparents who played with slot cars during the toy’s heyday of the 1960s and ’70s will enjoy it as well. This is a great way to spend some family time together away from screens.

for the PS4 and Xbox One is just a month old, meaning RPG fans and hardcore gamers are still fully immersed in the game’s vast universe, fighting to survive a world destroyed by nuclear war. But at some point, players must take a break, come up for air and interact with actual human beings. In short, Fallout 4 is an immersive, time-draining, solo experience.

Enter Monopoly: Fallout Collector’s Edition, an immersive, time-draining experience for two to six players. The buy/sell/trade action is similar to classic , but with themes based on the popular “Fallout” franchise, complete with Wasteland environment, customized money and Houses and Hotels renamed Shacks and Vaults.

Other video game-themed versions of Monopoly are available as well, including Halo.

Ms. Pac-Man is noticeably absent, and the joystick isn’t as sturdy or as sure as that on a real arcade cabinet, but as playable shelf-porn (the cord can be stored in the controller for a streamlined look), this will make any Pac-Fan smile.

If you’ve checked this list twice and still can’t decide what to get your favorite gamer, roll the dice on this special  edition of the popular tabletop game, Yahtzee, published by Plano-based Gearbox. Playable solo or with one or more friends, the package comes with a collectible CL4P-TP Dice Shaker Cup, a custom score pad and special dice featuring Borderlands Achievement icons: Vault, Pandoracon, Chest, Map, Psycho Mask and CL4P-TP.

There are Super Mario-, Pac-Man- and Legend of Zelda-themed Yahtzee sets as well.