Comedy Movie Sequels -- Ones that are Actually Good 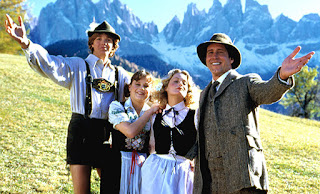 Movie sequels have a reputation for being terrible. For every good one, such as ,  and , there are countless stinkers, including such execrable fare as Grease 2, Speed 2: Cruise Control, and Exorcist 2: Heretic.

Comedy sequels can be especially bad. Don’t get us started on the sheer awfulness of Caddyshack II, Teen Wolf Too and Son of the Mask—yuck!

Luckily, there are some good ones, such as Anchorman 2: The Legend Continues, A Very Brady Sequel, and Wayne's World 2.

Here are 10 more movie sequels that should tickle your funny bone: 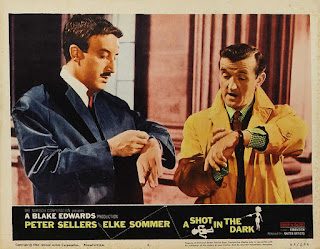 Direct sequels to mainstream comedies weren’t exactly common when A Shot in the Darkhit theaters, so this movie was a nice treat for fans. The follow-up to 1963’s , the film features the return of The Pink Panther as Inspector Jacques Clouseau, along with introducing such franchise staples as Commissioner Dreyfus (Herbert Lom) and Cato Fong (Burt Kwouk).

Speaking in an exaggerated French accent, Sellers, guided by director Blake Edwards, ups the bumbling antics ante as he bumps into stuff, knocks heads with people, sets himself on fire and pursues Maria (Elke Summer) to a nudist camp. Numerous sequels of varying quality followed—just stay away from the awful 2006 Steve Martin reboot (and its sequel). 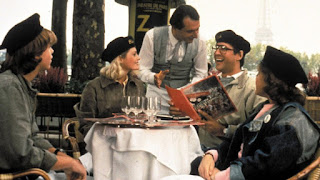 One of the more underrated films on this list,  has the unfortunate position of being sandwiched between two admittedly superior films: National Lampoon's Vacation and National Lampoon's Christmas Vacation, two of the best comedies of the 1980s. However,  offers plenty of fun in its own right as the bungling Griswold gang wins a two-week trip to Europe.

Laugh-out-loud scenarios (among others) include Clark (Chevy Chase) driving for hours around the busy Lambeth Bridge roundabout because he simply can’t get over, a dachshund jumping off the Eiffel Tower to fetch Rusty’s (Jason Lively) hat and Ellen’s (Beverley D’Angelo) sexy home video making the rounds as a pornographic film. 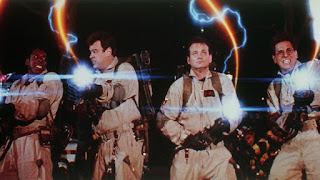 The original  is one of the most beloved comedies of all time, so Ghostbusters II had big shoes to fill. Fortunately for film fans, it succeeded with flying colors, thanks in large part to the return of all the principal players. Five years after saving New York City from the demi-god Gozer, Peter Venkman (Bill Murray) and company have been forced to disband their ghost-busting business. However, a resurgence of spectral activity, including rivers of ectoplasmic slime flowing beneath Manhattan, spur the fright-fighting four back into action.

The late Gene Siskel blew it when he called Ghostbusters II a “major disappointment” with “little comic energy or invention.” If you like to laugh, you should enjoy the film. 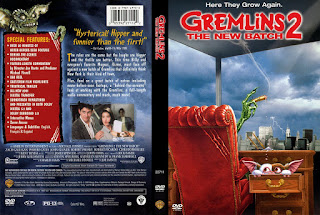 Nuttier and zanier than Gremlins, Gremlins 2: The New Batch eschews the black comedy of the original in favor of movie in-jokes, slapstick hijinks and sheer madcap lunacy. Gizmo, once again voiced by Howie Mandel, remains cute and cuddly, but his offspring, the Gremlins, are more anarchic than ever, running roughshod through a building owned by a Donald Trump-type media mogul played by John Glover.

Keep an eye out for genetics specialist Doctor Catheter (who is partly responsible for the Gremlins), played with relish by the recently deceased Christoper Lee. And when the bespectacled Brain Gremlin speaks, note that he’s voiced by  alumnus Tony Randall. 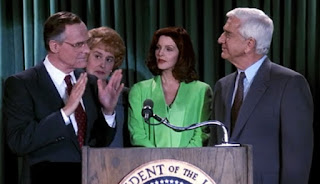 With the release of 1980’s , in which Leslie Nielson was cast against type, the actor went from playing dead-serious ship captains (, Poseidon Adventure) to  making audiences laugh as a deadpan comic.

In the Naked Gun 2 ½: The Smell of Fear, the second in the “Naked Gun” trilogy, Nielson plays the same type of clueless character he portrayed in Airplane!, fumbling and bumbing his way through one misunderstanding/misadventure after another. Priscilla Presley and a pre-murder trial O.J. Simpson offer comedy gold as well.

The Addams Family may be creepy, kooky, spooky and “all together ooky,” but they’re also very funny, whether you follow their adventures in print (via Charles Addams’ original The New Yorker cartoons), on television or in theaters.

Addams Family Values, the sequel to 1991’s Addams Family, finds the curious clan welcoming mustachioed baby Pubert into their lives. Unfortunately, siblings Wednesday and Pugsley are jealous and want to kill him. Adding to the angst is an evil nanny (Joan Cusack) who marries Fester (Christopher Lloyd) and ships Wednesday and Pugsley off to summer camp, where they stick out like a wart on a witch’s nose. If dark comedy is your thing, you can’t go wrong with Addams Family Values. 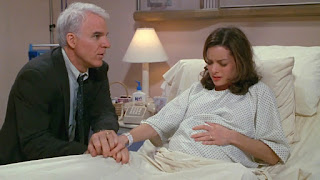 In the first Father of the Bride (1991), which is based on the 1950 Spencer Tracy film of the same name, Steve Martin plays a dad who has a hard time dealing with the fact that his little girl is getting married. If you liked that film, or you enjoy sweet, heartfelt films in general, you should have fun watching this similar-in-tone sequel, which finds Martin’s wife (Diane Keaton) and daughter (Kimberly Williams) pregnant at the same time.

laugh-a-minute insanity of some of Martin’s earlier pictures, such as The Jerk (1979) and The Man With Two Brains (1983), it will keep you smiling, for both comical and sentimental reasons. 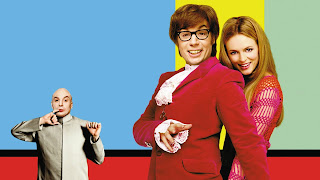 The Spy Who Shagged Me doesn’t play up the “stranger in a strange land” aspects as well as International Man of Mystery, but it’s a roaring good time nevertheless, thanks in part to the introduction of Dr. Evil’s clone, the quiet, but comedic Mini-Me (Verne Troyer). Fat Bastard (Myers) is more cringe-inducing than comical, but viewers who groove to gross-out scenes will find him funny, especially when he sleeps with the gorgeous Felicity Shagwell (Heather Graham).

The first Toy Story broke new ground in computer animation, wowing kids and parents alike with classic playthings come to life. Filled with drama and pathos, laughter and tears, Toy Story 3 is nothing short one of the best animated films of all time. So where does that leave Toy Story 2, other than in good company?

Hardly the odd duck out, Toy Story 2, in which a maniacal toy collector steals Woody, has ample charms of its own, including the discovery that Woody is a valuable collectable based on Woody’s Roundup, a 1950s TV show. Featuring a heartbreaking, Academy Award-nominated song by Sarah McLachlan (“When She Loved Me”), the film speaks to friendship, loyalty, growing up and living life outside of the box (so to speak). It’s also very funny. 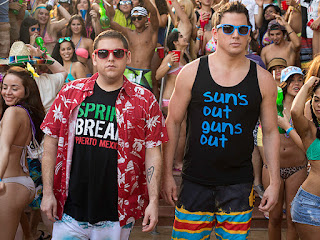 22 Jump Street is essentially a remake of 22 Jump Street (2012), a buddy-cop “bromance” loosely based on the classic TV show starring Johnny Depp. In 21 Jump Street, Schmidt (Jonah Hill) and Jenko (Channing Tatum) go undercover as high school students to infiltrate a drug ring. In 22 Jump Street, they go under cover as college students to do virtually the same thing.

While this sameness would normally be a recipe for a disaster, 22 Jump Street works because the characters are fully self-aware, taking the “meta” movie concept to a new level. There are even jokes in the film about how sequels are always terrible. Based on the number of laughs to be had by watching 22 Jump Street, nothing could be further from the truth.