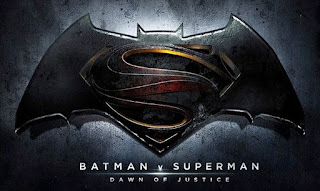 When Batman v Superman: Dawn of Justice was announced a while back (before the trailers were released), I interviewed longtime comics writer Paul Kupperberg (Action Comics, Supergirl, The Brave and Bold), who was generous with his time (thanks, Paul!). 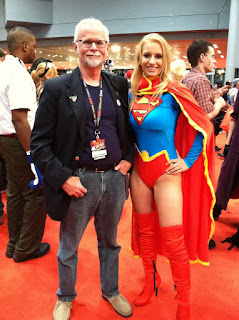 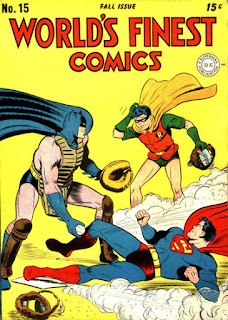 BRETT WEISS: What’s your first memory of and Superman teaming up together, and what impression did it leave on you?

PAUL KUPPERBERG: I don’t remember the actual first Batman/Superman team-up I read, but it would have been an early-1960s issue of . I loved both characters individually--I grew up on the George Reeves TV show, years before the Adam West Batman hit the air—so in those days before teams up were a regular thing, seeing them working together was amazing.

WEISS: What is your favorite Superman/Batman story and why?

KUPPERBERG: Without question “The Origin of the Composite Superman” in  #142 (June 1964). I was nine years old when it came and it just blew my mind! The concept was amazing and the visual was awesome. I read and reread that book until it disintegrated. These days, I keep the DC Direct Composite-Superman figure on my desk.

WEISS: Do you prefer  and Superman to be friends or to merely tolerate one another (or worse)? Why? 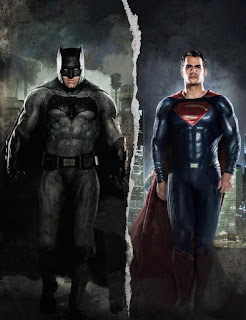 KUPPERBERG: I prefer them to be friends. and are good guys, working towards the same end, so why wouldn’t they be friends. Of course, that was back in the olden days, when superheroes were still the good guys, as opposed to the dark and gloomy interpretations we get these days. It would never occur to “my” Superman or Batman to be anything but friends. Superman could achieve the physical things Batman wasn’t capable of doing, while Batman could provide Superman with the strategic thinking that the more direct, punch his way through a wall Man of Steel didn’t usually employ.

WEISS: What does it say about modern comic books and modern society in general that Batman and Superman used to be friends, but nowadays are often shown despising one another?

KUPPERBERG: To me it mostly says that the people writing the stories don’t really understand what the characters are about.

WEISS: What are some of the key philosophical differences between Batman and Superman?

KUPPERBERG: I’m talking about “my,” pre-Return of the Dark Knight versions of the heroes, but I think the main philosophical difference is Batman’s pragmatism. Superman adheres to a strict moral code that he’s not willing to bend, much less break, while Batman operates with a more flexible morality...but only up to a point. Both know that there’s a line they can’t cross without their becoming the very things they’re trying to fight.

WEISS: What were your feelings when it was first announced that Batman and will appear in a movie together?

KUPPERBERG: Guarded optimism. I don’t care for the dark versions of either character that Christopher Nolan presented in the movies. His was just a psycho and the Superman in The Man of Steel is...well, I don’t know what he is. Clark’s moral compass growing up was Pa Kent, but in Nolan’s version, Jonathan Kent’s moral compass pointed due south: I guess that’s why could fight a fight that destroyed Metropolis without once helping the, I assume, tens of thousands of people killed in it, and why he was able to kill his opponent and just shed crocodile tears over it afterwards. “My” Superman would have taken the fight to less populated areas, or out over the ocean, or up into outer space. So, yeah...VERY guarded optimism.
Posted by Brett at 12:42 PM