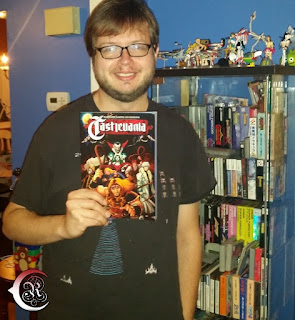 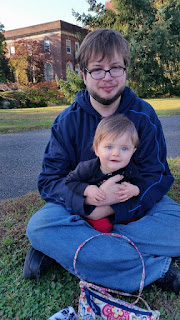 Like me, Kurt Kalata has been writing about video games online for two decades, and he sets up at shows to promote his books (we also wear glasses, dig superheroes, and do other nerdy things). Not only has Kurt contributed some boffo stories for my SNES Ominibus project, his website, Hardcore Gaming 101, has been an invaluable resource for behind-the-scenes information on various Super Nintendo titles. Entries on the site compare different versions of games, which is awesome. A devoted family man and industry supporter, Kurt is one of the good guys, so if you see him at a retro gaming convention, stop by and say hello. And maybe pick up a signed book from him while you’re at it.

Here’s Kurt’s bio as it will appear in The SNES Omnibus: TheSuper Nintendo and Its Games, Vol. 1 (A-M):

Kurt Kalata has been writing about video games, mostly old and weird ones, on the internet for 20 years. In addition to founding retro game website Hardcore Gaming 101 in 2003, he previously started fan sites The Castlevania Dungeon and The Contra HQ. He has also contributed to several other websites, including 1up, Gamasutra and Siliconera. He has edited and published over 10 books through the HG101 website, including The Guide to Classic Graphic Adventures and The 200 Best Video Games of All Time. Kurt lives in New Jersey with his wife, daughter and three cats.