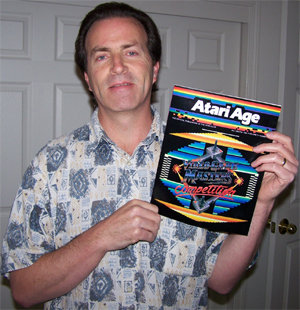 One of my priorities with the SNES Omnibus is to preserve stories from video game developers, including guys like Steve Woita, who has been programming games for about as long as I have been collecting them. Steve has been very cool to work with and is an enthusiastic supporter of the project. Steve has worked on games for a variety of consoles, as you can see by his bio below, and he’s a big fan of the Super Nintendo. It’s an honor and a privilege to have Steve on board as all I do is write about video games—he actually creates the magic.

Steve Woita’s first job after graduating from college in Electrical Engineering was at Apple Computer as one of their earliest employees. He worked on the Apple II, fixing thousands of motherboards for production, then on to R&D for Lisa, Apple III, Apple IIe, and the Apple 80 column card for the Apple II. He co-designed Sirius Software’s JoyPort and later co-designed the MouseStick for the original Macintosh. Steve moved to Atari in 1982 and created Quadrun (featuring his voice), TAZ, Asterix (the first 2600 game exclusively designed for Europe), and Garfield (unreleased). Steve, who is still designing games, has worked on numerous other titles, including: Super Sprint (NES);  Sonic the Hedgehog 2, Sonic Spinball and Kid Chameleon (Genesis); Army Men Sarge’s Heroes (PS1, 3DO); and Gubble 1 and Gubble 2 (PC, PS1, iOS). For more info, check stevewoita.wordpress.com. 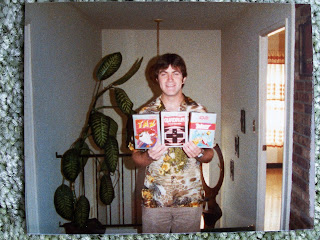