Where I'll Be in 2018 - Convention Appearances 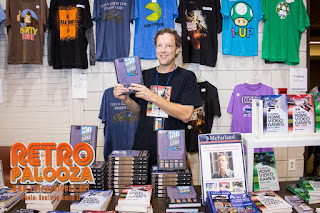 It's gonna be a busy year on the convention front. Here's a list of shows where I'll be a guest, vendor, and/or panelist, autographing books, selling stuff, and in general having a great time. Click on the banners for a closer look, and on the links for more info about each convention. Hope to see many of you here, there, and everywhere! 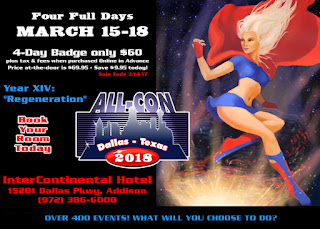 I'll be at the Texas Pinball Festival in Frisco, Texas March 16-18, sharing a booth with Old School Gamer Magazine. 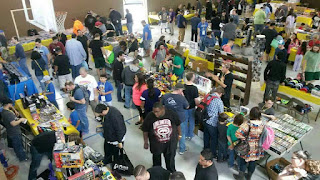 I've got a vendor table at Retrofest in Fort Worth, Texas. It takes place March 24.

I was going to be a vendor at Retropalooza San Antonio April 14-15, but unfortunately it has been cancelled due to lack of vendors. 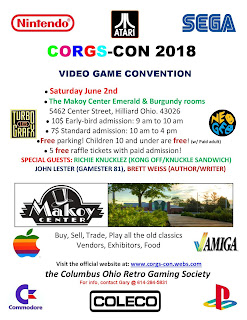 I'll be a guest at Corgs in Columbus, Ohio, June 2.

I'll be a guest panelist with Leonard Herman at Too Many Games in Philadelphia June 22-24.

I'll be a guest at Retropalooza in Arlington, Texas Sept. 29-30.

I'll be a guest panelist at the Portland Retro Gaming Expo in Oregon Oct. 20-22. You can read about my experiences at the 2017 show HERE.