Millipede for the NES 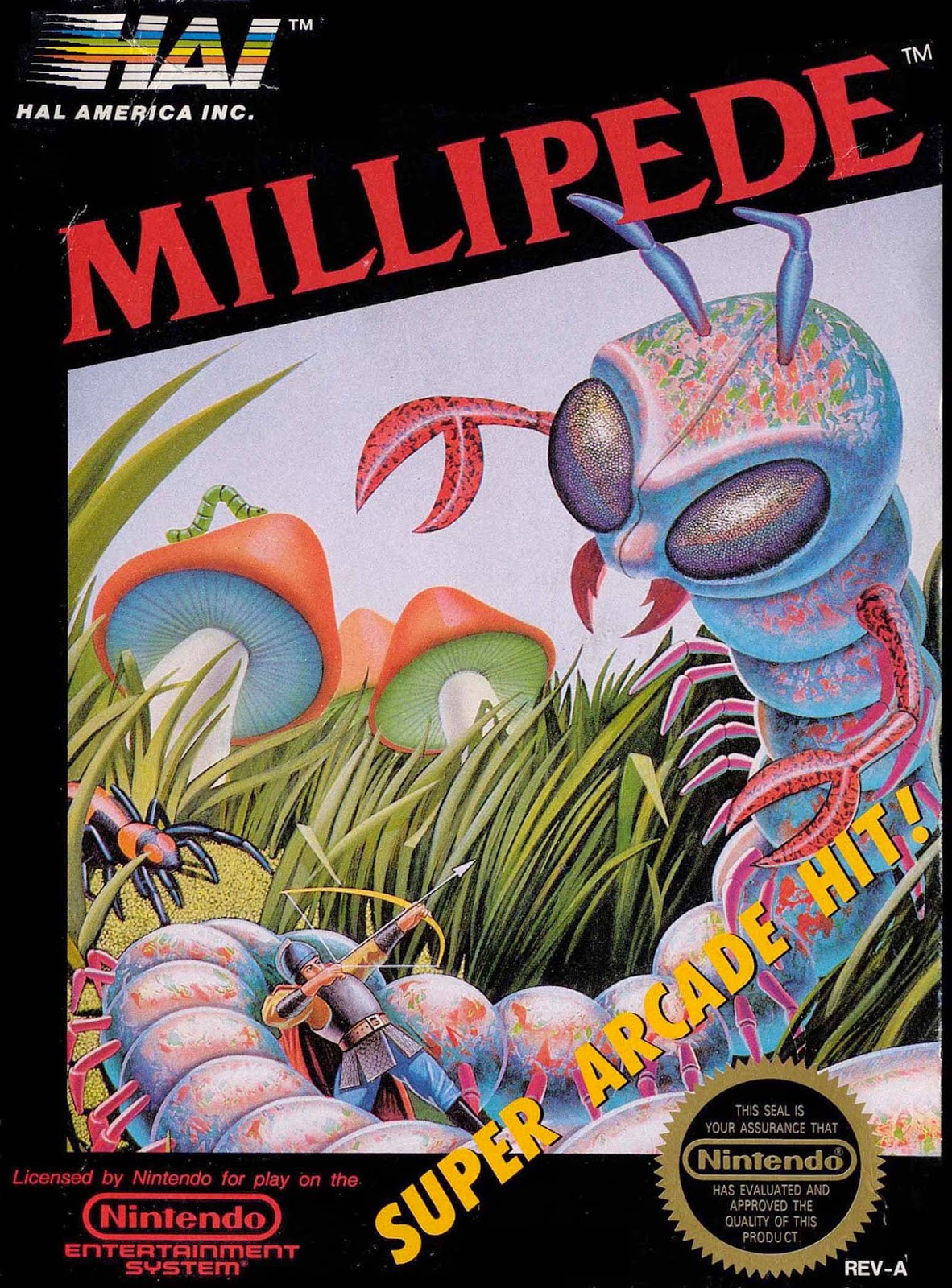 The sequel to , which was never ported to the ,  takes place in an enchanted forest filled with mushrooms. You control a magic wand that can maneuver in all directions along the bottom 1/4th of the field of play. From the top of the screen, millipedes, which break into independently moving segments when you shoot them, descend toward you one at a time through the mushroom field. When you shoot a millipede, the segment you hit turns into a mushroom. The mushrooms act as a maze for the millipedes, but you can shoot them for extra points or if you just want to clear some space in the forest. 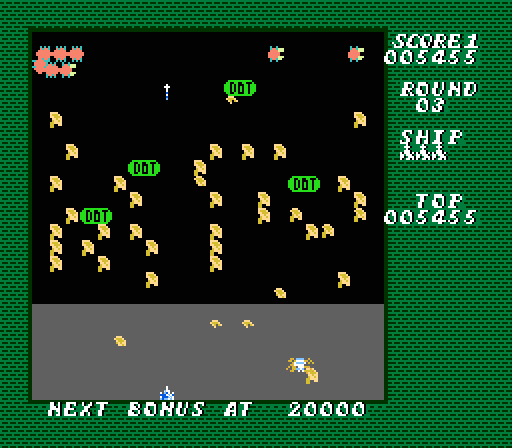 In addition to millipedes, you will be pestered by bees, spiders, beetles, mosquitoes, dragonflies, earwigs, and inchworms, which when hit momentarily put the game in slow motion. The forest of mushrooms lowers one row when you shoot a beetle and rises one row when you shoot a mosquito. DDT bombs are scattered throughout the mushroom fields; when you detonate one of these bombs, a cloud of smoke appears, killing everything in the immediate vicinity. After every few normal waves, you are showered with bombing waves of insects. Your goal is to score as many points as possible by shooting everything in sight. The game is over only when you have run out of lives.

The sound effects for the NES version of Millipede are a little rough in comparison to Atari's 1982 arcade game, and the graphics aren't as vibrant. Also, control is a not as smooth or as quick due to lack of a trackball, and the game failed to include something even the Atari 2600 port kept intact: the ability to start the game at the 15,000 or 30,000 point level. There's also an unnecessarily large green border that makes the playfield small.

Fortunately, despite all these concessions to the console, the basic gameplay and many of the strategies remains intact, making for a challenging and fairly enjoyable shooter. This speaks more to the greatness of the original template than it does the quality of the conversion.